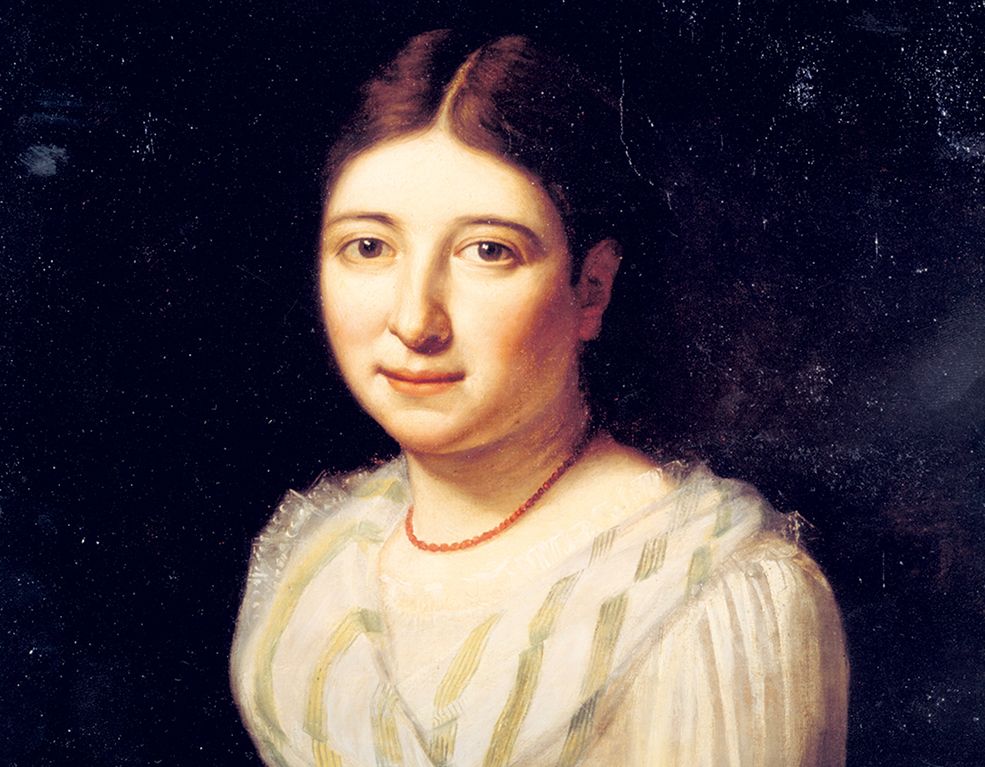 Pauline Jaricot, an Example for Today

Foundress of the Society for the Propagation of the Faith, Pauline Jaricot, will be beatified in May within the context of several anniversaries related to the missionary world. Her contribution was essential as it endeavored to involve everyone in the mission in distant lands.

The forthcoming beatification of Pauline Jaricot on May 3 in Lyon, France, coincides with several anniversaries linked to the missionary world: 400 years of the Congregation of “Propaganda Fide;” 200 years since the foundation of the first missionary Society, the Society for the Propagation of the Faith; 100 years of the elevation to Pontifical of three of the four Societies; and 150 years since the birth of Blessed Paolo Manna, founder of the Pontifical Missionary Union.

I would like to underline three aspects of Pauline’s charism. The first concerns the fact she was only 23 years old when she founded what would later become the Pontifical Society for the Propagation of the Faith.

This is one of those examples that shows how real inspiration finds space in the Church, perhaps precisely because it comes from a woman. Let’s not forget that during the 19th century, there was an enormous flowering of female religious institutes dedicated to schools, orphanages, catechesis, missions, and hospitals, and here too we are dealing with a woman who never entered a convent.

The second aspect is that to fully understand Pauline Jaricot, one must start from her missionary anxiety and, recalling her foundation of circles of prayer for the mission of the Living Rosary and of the Society for the Propagation of the Faith, the attempt to build an ideal factory to meet spiritual needs and promote the dignity of the workers of the time.

Last but not least, Pauline is a seed from which a great tree sprang. She is not only exceptional for the holiness of her life, but also for the greatness of the fruits of her labor. She set in motion a real spiritual missionary movement through the Society for the Propagation of the Faith, which had an immediate and widespread diffusion because it was built on a simple but brilliant system: groups of 10 people, who then gathered in 100 and then in a thousand with a person in charge at each level.

The Society was quickly recognized by Pope Pius VII. In 1825, the king of France placed it under his protection with a donation of 4,000 francs. If in 1822 it had received 22.915 francs, in 1838 it had already garnered 1,343,000 and two years later 2.5 million, of which 45% was collected outside France, while the bulletin of the Society quadrupled its circulation in just five years, reaching 40,000 copies in 1830, not counting the translations.

I can affirm without hesitation that the contribution of the Societies, which originated from this intuition, was essential for the history of the missions in the 19th and 20th centuries because they involved the base of the Catholic faithful and made them aware of the missions.

Up To Today
This is not just a piece of history but a life that continues today. In 2021, the Pontifical Society for the Propagation of the Faith supported 893 ecclesiastical circumscriptions in mission territories with a contribution for current expenses and invested more than 10 million dollars in the formation of catechists, while the Pontifical Society of St. Peter the Apostle financed the formation of 76,541 seminarians in 746 seminaries. The charisma of Pauline Jaricot still bears fruit. For example, in 2000, a new public association of the faithful was born in the diocese of Caserta, Italy, which is inspired by her.

All this was possible thanks to the support of the Popes who regularly promoted the charism of the Pontifical Mission Societies. In this respect, Pope Francis wrote in the message for World Mission Sunday of 2021 and in the one published in 2016, on the occasion of the 90th anniversary of the Day: “It is appropriate then to recall the wise instructions of my Predecessors who ordered that to this Society be destined all the offerings collected in every diocese, parish, religious community, association and ecclesial movement throughout the world for the care of Christian communities in need and for supporting the proclamation of the Gospel even to the ends of the earth. Today too we believe in this sign of missionary ecclesial communion”.  Agenzia Fides

Hope for a Renewed World

Hope is a necessary virtue in our pilgrimage on earth. It is by hope that we are saved and find the source of energy to live with faith and passion. In a world permeated by pessimism, God gives His…

A God of Life

Mission in the name of Jesus has this aim – the regeneration of life! The question is: How do we heal our life’s wounds? How do we regenerate life? The answer is simple: by love

Do Not Abandon Us To Temptation

In the Lord’s Prayer, we ask Him to grant us the grace not to succumb to temptations. Through the power of the Holy Spirit, prayer, sacrifice, and the support of good people, we are given this grace.