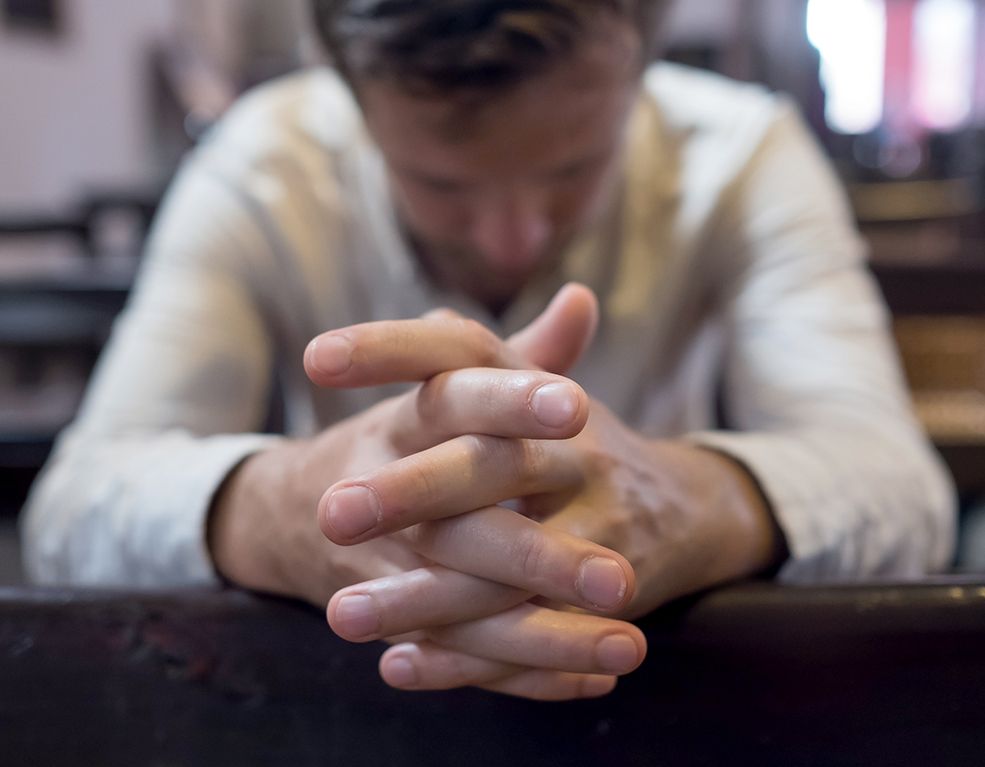 Examination of conscience is a review of one’s past thoughts, words, actions, and omissions for the purpose of ascertaining their conformity with, or deviation from, the moral law. Among Christians, this is generally a private review.

In the Catholic Church, penitents who wish to receive the Sacrament of Reconciliation are encouraged to examine their conscience using the Ten Commandments as a guide, or the Beatitudes, or the virtues and vices.

Examination of conscience was commanded by the Apostle St. Paul to be performed by the faithful each time they received Holy Communion: “But let a man examine himself, and so let him eat of that bread, and drink of that cup. For he who eats and drinks unworthily, eats and drinks damnation to himself.... For if we would judge ourselves, we should not be judged” (1 Corinthians 11:28–31).

And, as the early Christians used to receive communion frequently, examination of conscience became a familiar exercise in their spiritual life. In many cases, it became a daily practice in the life of early members of the clergy and those living a monastic life. Saint Bernard wrote: “As a searching investigator of the integrity of your own conduct, submit your life to a daily examination.”

“The excellence of this practice and its fruitfulness for Christian virtue,” wrote Pope Pius X, “are clearly established by the teaching of the great masters of the spiritual life.” St. Ignatius of Loyola considered the examination of conscience as the single most important spiritual exercise. In his Spiritual Exercises, he presents different forms of it in the particular and general examination.

St. Ignatius of Loyola describes a five-point devotional examination method. In the first point, followers thank God for the benefits received; in the second, they ask grace to know and correct their faults; in the third, they pass in review the successive hours of the day, noting what faults they have committed in deed, word, thought, or omission; in the fourth, they ask God’s pardon; in the fifth, they consider an amendment.

Conscience And Consciousness
Of the general examination, Saint Ignatius writes: “The first point is to give thanks to God our Lord for the favors received.” This point has become a highly developed part of Ignatian spirituality in modern times and has led to many more positive practices, generally called examen of consciousness.

In it, one might review the ways God has been present through one to others, and to oneself through others, and how one has responded, and to proceed in one’s day with gratitude, more aware of the presence of God in one’s life.

In general, there is a distinction between the particular examen, which aims to change one particular feature or defect in one’s behavior, and the examen of consciousness, which is a more nuanced reflection, and the general examination of conscience as used before the sacrament of penance.

An Application Of Our Willpower
Mapping the person’s progress in the individual journey to God is the purpose of the original way Saint Ignatius uses the traditional spiritual tool: the Examination of Conscience. The spiritual battle engages the most central energy of the person: one’s willpower.

Ignatius doesn’t stand cowardice or fear: his militaristic mentality challenges the person to apply the willpower to vigilance negatively against sin and inordinate affections and positively in the practice of the Christian virtues.

At the same time, the importance Ignatius gives to our feelings justifies the development of what we call the examination of consciousness that we have mentioned above.

Looking daily into the refined conscience gives concrete efficiency to Christian asceticism. More deeply, it becomes a search for the signs of the presence of God in the emotional movements and nuances of feelings in our consciousness: a constant, loving search for God’s loving presence to console us and attract us into the depths of his life. It is the call to contemplate God in everything.

An Original Point of Departure

The universal salvation history as it emerges from the Bible is fulfilled in each person’s discovery of God’s personal love expressed in his Law. This is Ignatius’ Principle and Foundation which makes…