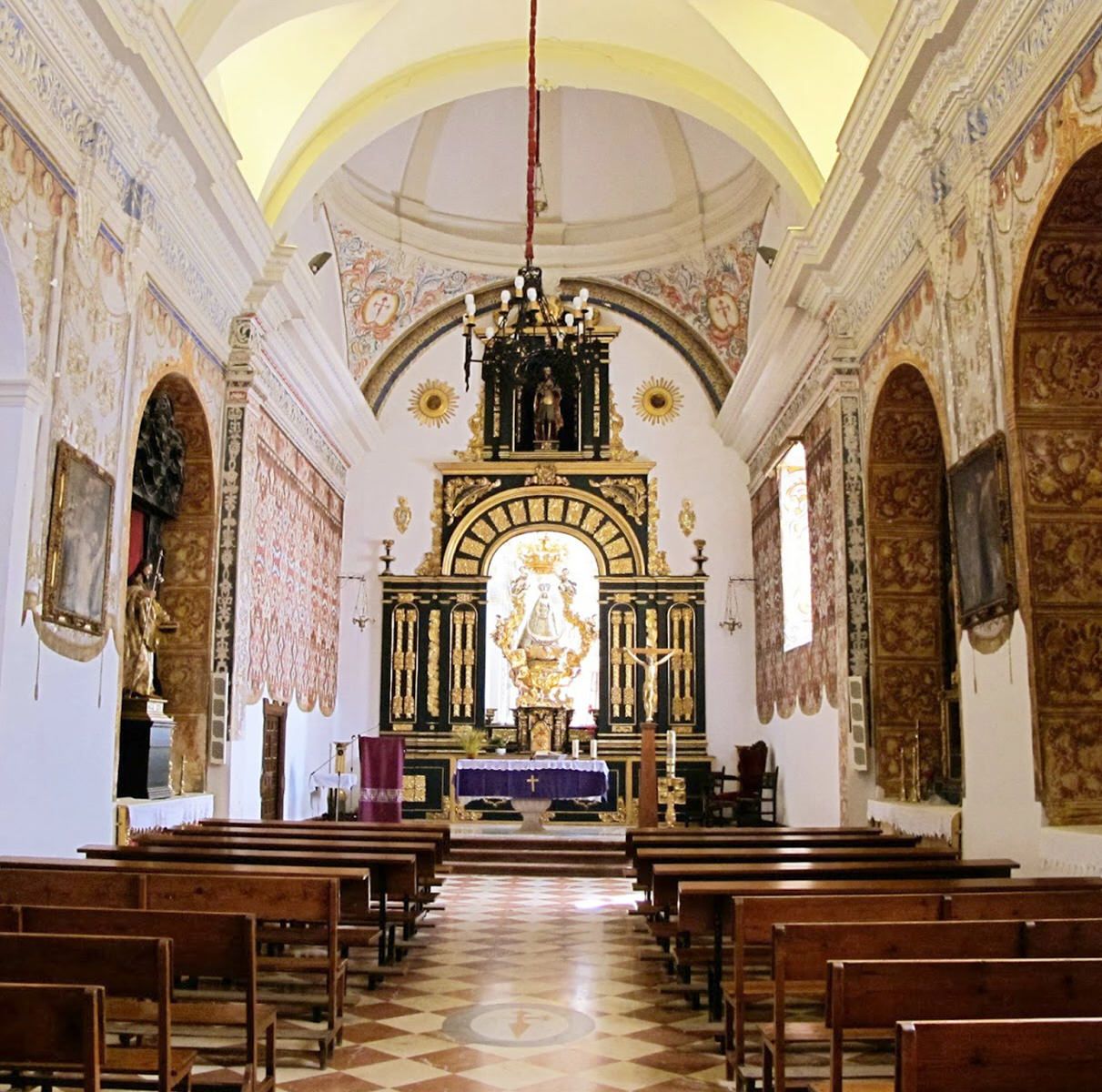 Chairs represent a role, a vocation that one has to fulfill in his or her earthly life. Throughout salvation history, we have been witness to chairs being vacated and filled, according to God’s plan. One such example is the chair vacated by Judas Iscariot, one of the original Twelve Apostles, which was subsequently occupied by Matthias. Ordinary Christians, like you and me, also have chairs to occupy, no matter what the obstacles may be. Ultimately, our goal is to assume the heavenly chair – the throne – that God has prepared for us because of our fidelity to Him.

On May 14, we celebrate the feast of the Apostle St. Matthias, the “reserve apostle,” chosen to replace Judas Iscariot. It is a paschal vocation that comes about to be, like the other Eleven, “a witness to the resurrection” of the Lord Jesus. In fact, Christ’s definitive and total victory over death, after having faced it in an unrivaled “tremendous duel,” would not have paid off without “losses,” some of them irreparable, like Judas, who dramatically ended his journey as a disciple.

One can only imagine the affliction felt by Jesus’ followers by that “chair” vacated by Judas – the apostle who betrayed the Master and took upon himself a tragic death driven by remorse. If the “return” of Jesus diluted the drama of the events, the shadow of the tragic end of Judas still remained in everyone’s memory. They couldn’t forget that Judas “being one of our number and sharing our ministry.” Moreover, “everybody in Jerusalem heard about it” (Acts 1:18-19), which undoubtedly shamed the whole group of Jesus’ followers.

In reality, that “place” that Judas occupied, his empty “chair” in the Cenacle, reminded all of them of their own fragility. Judas’ action had been horrendous (although only God knows what Judas’ intention really was: perhaps to provoke Jesus to demonstrate His power as Messiah?). But none of the Eleven could boast about his own conduct, beginning with Peter. None of them had come out in their best light when it was necessary. All had abandoned Jesus in “His hour of need.” Therefore, that open chair spoke far more than merely of its previous occupant!

What were the apostles to do, then, about this “empty chair”: continue Judas’ “abandonment” or give it a new occupant? It will have been the first question the Eleven had to resolve.

Peter, taking on the leadership of the community united in plenary (120 people), is in favor of using discernment on this question. He shows he has learnt from the hard experience of excessive self-confidence. He is not rushing into a decision. He consults the Scriptures, establishes the criteria for the choice, involves the whole community and, together, they ask God to choose.

The candidate must be someone who has followed Jesus “from the time when John was baptizing Him until the day when He was taken up from us” (Acts 1:21-22). The community nominated two candidates: Joseph, known as Barsabbas, whose surname was Justus, and Matthias. They drew lots and Matthias was chosen. And in this way, the group of Twelve is reconfigured. Matthias is the abbreviated form of the Hebrew Mattatyâh, “Gift from God,” transcribed in Greek in three different ways: Matthias, Matthew and Mattathias.

That chair, now occupied by Matthias, will have little more to tell us about its new owner. A few days later, after the descent of the Holy Spirit on the day of Pentecost, the Group of Twelve, recently re-formed, dispersed throughout the world to witness the resurrection of Jesus. We lose track of a good number of them. We know nothing more about Matthias, apart from the little we learn from Tradition and which, incidentally, is not at all certain. According to the apocryphal Acts, he was born in Bethlehem from an illustrious family from Judah. He was one of the 72 sent on a mission (Lk 10). According to some, he evangelized in the Middle East and in Africa (Ethiopia), where he was crucified. According to others, he was martyred in Jerusalem. He is represented as an elderly man with a halberd in his hand, a symbol of his martyrdom. His (supposed) relics were brought to Rome (Basilica of St. Mary the Great) by Queen St. Helena, mother of the Emperor Constantine the Great.

The “chair” or better, the “throne,” that Matthias now occupies in heaven (Mt 19:28) could tell us much more but, to date, Wikileaks has not managed to gain access to this celestial data. Moreover, the little that has filtered through has been at the initiative of Heaven (apparitions or “revelations”), but this has not aroused interest in the media!

Other vacant or empty chairs

There are other “chairs” here on earth. We all have our “chair,” or our place, a specific task to accomplish, a responsibility to assume in life, in society and in the Church. If we don’t occupy that “empty chair,” it will remain somewhere, denouncing our “absence!”

But more than the “chair,” it is the high chair we’re aiming for (being the “throne” of real exclusivity!), possibly put on a high “platform” so we can be “well seen” and dominate the audience. But the “armchair” is also sought after, as the natural complement (after the solemn sessions) to the high chair. The candidates for high chairs and armchairs are numerous. Whoever has the good fortune of getting to occupy such a “rest” does not abandon it quickly. He holds onto it tooth and nail!

It is the “normal” chairs that abound. Those simple, humble, rather uncomfortable but gaudy chairs that you’d think were temporary, for a work break or a meeting.

But if we really want to see vacant seats and empty pews, we only have to go into one of our churches (that is, if we’re lucky enough to find one open!) or into some seminaries or religious establishments! So many empty places! Few look for these (except for some poor tramp, if he is lucky enough to be allowed in!). Is it perhaps because the seats are physically uncomfortable as well as old-fashioned? In any case, they are particularly “uncomfortable” for the believer, by the spectacle they present, of absence and abandonment! Where did their occupants go? Many of them will have found a better place that the Master will have prepared for them (Jn 14:1-3). But they have not been replaced: their place has remained vacant! Others, at some point, tired and disappointed, went away, leaving their place empty!

Faced with this sight, many ask: what can we do? Some decided, plainly and simply, to “sell” or “close” such empty places! Others “restructured,” reducing the offer to meet demand! Are these the only solutions? The Gospel suggests others: “Go to the open roads and the hedgerows and press people to come in, to make sure my house is full” (Lk 14:23). The Shepherd is not satisfied with the 99 sheep when He loses one: it is the missing one that counts for Him! (Lk 15:1-7).

The “new evangelization” aims to make the Church go out to the street. God wants the “Year of Faith,” decreed by the Pope, to wake up many Christians “from their armchairs” and, especially, bring down “many church people” from their “high chairs” to approach the few occupied “chairs,” especially those at the back of the church whose occupants look more often at the exit than at the altar!...

Sometimes it is said that today no one is “looking for” the “spiritual” but, if we’re honest, we’ll see that the market is full of “offers,” which means that there are also many looking for it. The problem is that we are used to having “exclusive rights” so now we can’t bear “competition.” We have the “best product” on the market but are the worst at “promoting” it, perhaps because we are tired of it, like the Israelites who were sick of their meager diet (Num 21:5). How can we announce the Good News if we can’t smile? How will we convince people from the street to enter the “banqueting room” if it looks like we’re spiritually famished? How can we welcome the “prodigal son” if we see the father like a boss and deep down we envy the “rebellious” brother?

So many empty chairs, in actual fact, decry our own lack of faith, perhaps more than all those who have left! The most obvious sign of this deficiency is the lack of missionary impulse. Faith not shared becomes lethargic and, bit by bit, looks for an “armchair!”…

We missionaries could also talk about the experience of full churches where there’s a lack of “chairs.” Are they the poor, picked up at the crossroads, who accepted the invitation and came to occupy the places of those who ignored the invite (Mt 22:9)? Probably! But this was only possible, thanks to the sowing of generations of missionaries who, by God’s invitation, left their “place,” their land and their family, to go somewhere in the world, bringing the King’s invitation.

Therefore, there are “empty” places that are witnesses of a strong and special presence. Let’s think of the Master’s “place” when He left the Twelve once His mission was over; of the “apostolic seat,” when the Apostles abandoned Jerusalem to evangelize the world; of the martyrs, violently pulled from their “post” of service; of the missionaries who left their own land and family. These “empty” places emanate solidarity, communion, a stronger presence than the simply physical!

A “vacant” place can also mean an attitude of waiting and of welcoming. Like the free place in the Hebraic Easter, calling for the coming of the Messiah! Or the available place to welcome, at any moment, the guest, the poor or the stranger who might knock at our door!

One penultimate word: what will my chair say about me? Will it criticize my “absence” and lack of determination, or will it be testimony of a supportive presence? Each to their own response!

The last Word is the Amen, the loyal Testimony: “Anyone who proves victorious I will allow to share My throne, just as I Myself have overcome and have taken My seat with My Father on His throne” (Rev 3:21).

Martha and Mary are frequently presented as contrasting examples of action and prayer. Because of this comparison, one is led to ask who between them is the best. This question has animated spiritual…

“Tell us, Mary: What did you see along the road?" "I saw the tomb of Christ alive, and the glory of the Resurrected. I saw the witnesses of the Angels, I saw the Shroud. Christ has resurrected my…