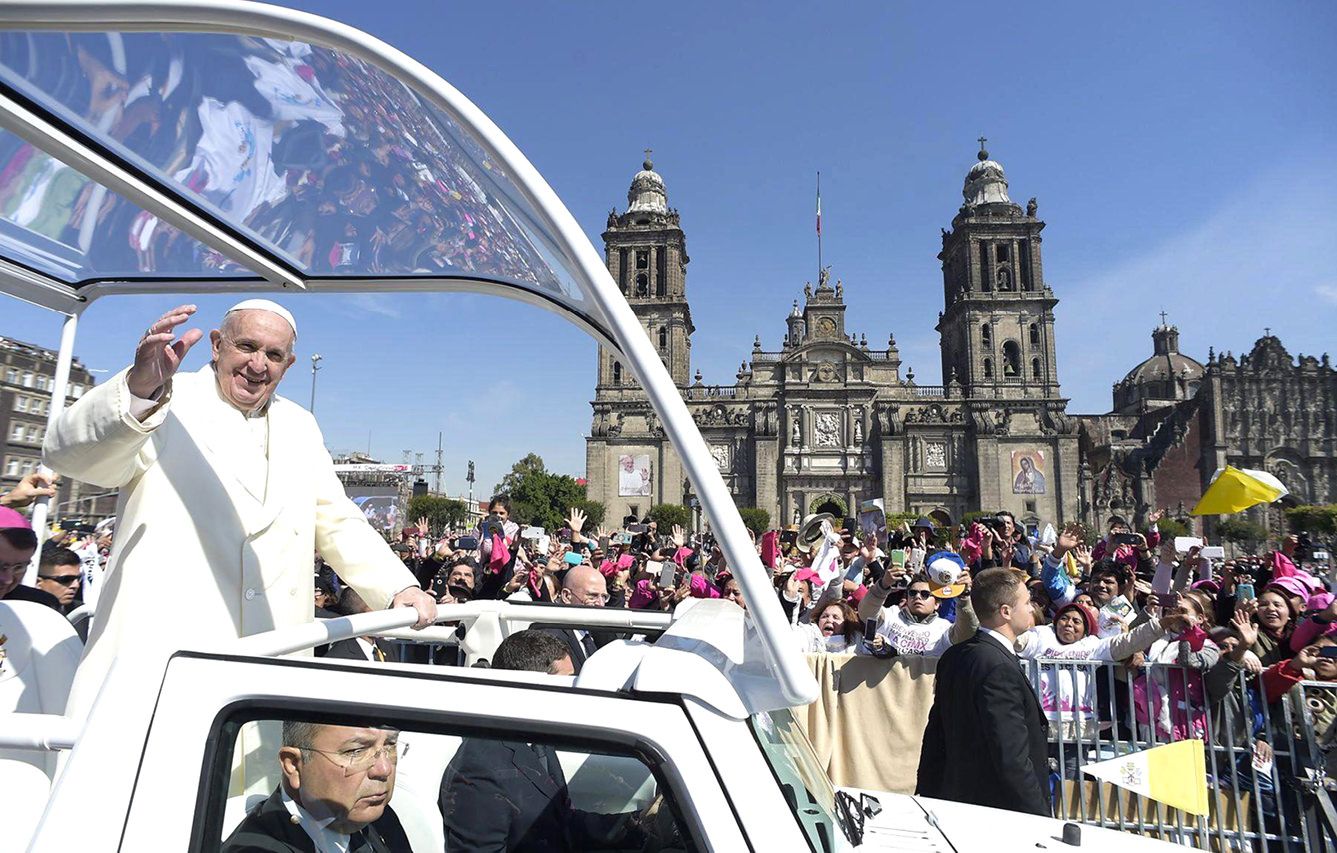 During his recent trip to Mexico, Pope Francis once again weighed-in on the debate about migrants. While governments are concerned about granting civil and legal status to the migrants, the Holy Father has appealed to all to look at migrants with eyes and hearts of mercy, in the hope of preserving and uplifting their rights and dignity as human beings.

Standing on Mexican soil, less than a football field’s distance from the U.S., Pope Francis boldly spoke out on behalf of thousands of desperate migrants trekking long dangerous distances hoping to obtain asylum in the U.S..

On the last stop of his recent pastoral visit to Mexico, in Ciudad Juarez – the border city across El Paso, Texas – the Holy Father, in his homily during an open-air Mass, said: “The human tragedy of forced migration is a global phenomenon today. This crisis which can be measured in numbers and statistics, we want, instead, to measure with names, stories, families. They are the brothers and sisters of those expelled by poverty and violence, by drug trafficking and criminal organizations.”

While the Pope had not set foot onto American territory, he clearly stepped into the U.S. immigration debate; and, as always, Francis weighed-in on the side of mercy. “Being faced with so many legal vacuums, they [refugees and migrants] get caught up in a web that ensnares and always destroys the poorest,” he preached. “Not only do they suffer poverty but they must also endure these forms of violence. “

Many migrants, fleeing the drug-fueled violence in El Salvador, Guatemala and Honduras, discover that, instead of finding asylum in the U.S., they are deported back to the violence where some are gunned down by the gangs they fled from.

While 200,000 Mexicans welcomed Pope Francis to Ciudad Juarez, Republican presidential candidate Donald Trump made it a point that he was on the other side of the fence – literally, politically and spiritually.

Since Trump wants to build a wall across the entire U.S.-Mexico border, he was at odds with the Pope’s Eucharistic celebration at the border. He criticized Pope Francis as being a political pawn of the Mexican government.

When questioned about Trump’s criticism during a press conference aboard the Pope’s return flight to Rome, the Pontiff (meaning “bridge builder”) replied: “A person who thinks only about building walls, wherever they may be, and not building bridges is not a Christian.” He added: “This is not in the Gospel.”

With a thorough U.S. vetting process already in place, the U.S. needs to more generously and justly welcome those fleeing for their lives. Yes, building bridges, not walls, is the Christian response to suffering.

Also, the serious U.S. drug addiction crisis needs to be comprehensively treated. Imprisoning drug users instead of adequately treating their problems has been a disaster. Additionally, instead of a failed military war on drugs, the U.S. government needs to provide adequate funds that address problems of dysfunctional families, poor education, unemployment and underemployment in both the U.S. and Central America. Such a strategy would go a long way in drying up drug use and drug gangs.

During his homily at Ciudad Juarez, Pope Francis emotionally proclaimed: “No more death! No more exploitation! It’s not too late for change, for a way out, a time to implore the mercy of God. In this Year of Mercy … I beg for God’s mercy.”

Then the Holy Father touchingly added: “With you, I wish to plead for the gift of tears, the gift of conversion.”

What About All of the Other Sufferings?

The global novel coronavirus pandemic and the race to find a vaccine are commanding the attention of everyone. But what about all the other sufferings humanity is enduring? We must avoid the…

Pope Critical of ‘Meanness’ Toward Migrants

“The signs of meanness we see around us heighten our fear of ‘the other,’ the unknown, the marginalized, the foreigner, and thus many migrants seeking a better life end up as recipients of this…