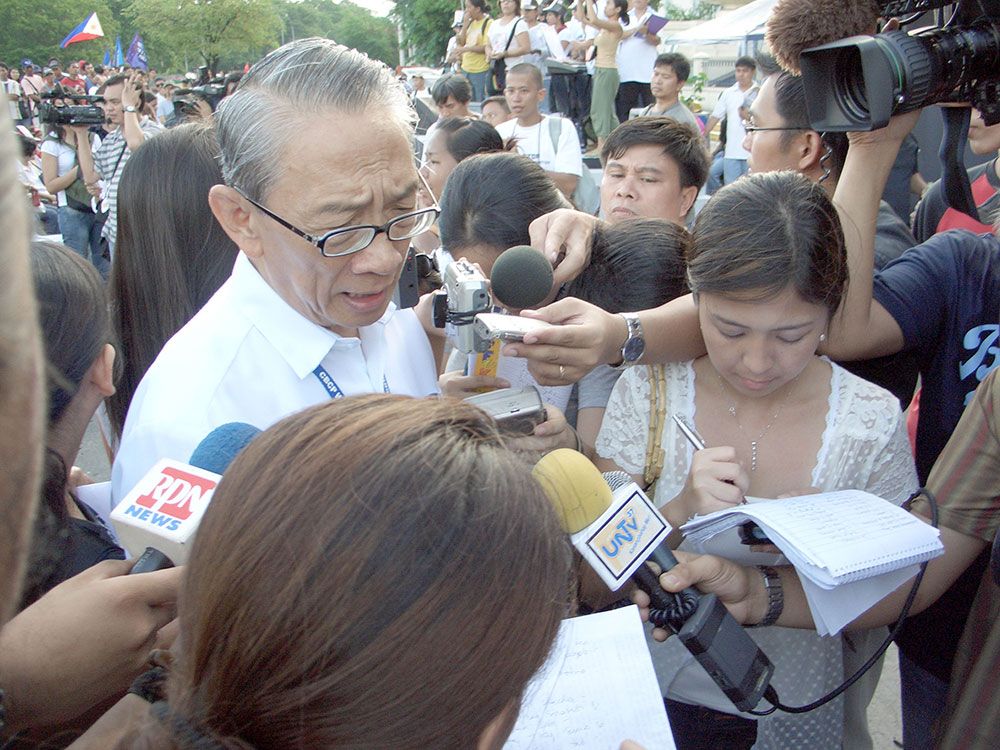 PHILIPPINES: ‘Unchristian values’ to blame for decline in marriages

A leading Catholic bishop in the Philippines blamed what he dubbed as an “invasion of unChristian values” for the decline of the number of people getting married in church. Retired Archbishop Oscar Cruz of Lingayen-Dagupan (in photo) said a lot of Filipino couples are opting to just “live in” instead of getting married.

“Some are thinking, why get married in church if there is no divorce here?” said Archbishop Cruz, head of the National Appellate Matrimonial Tribunal of the Philippine Bishops’ Conference. The Tribunal handles cases of annulment of Catholic marriages.

Aside from divorce, Archbishop Cruz said, the “unCatholic value system” of North America, including the idea of a “renewable marriage contract,” is starting to influence Filipino couples. The Prelate also noted a lot of Filipinos are also contented with “civil marriage” because it is easy to nullify.