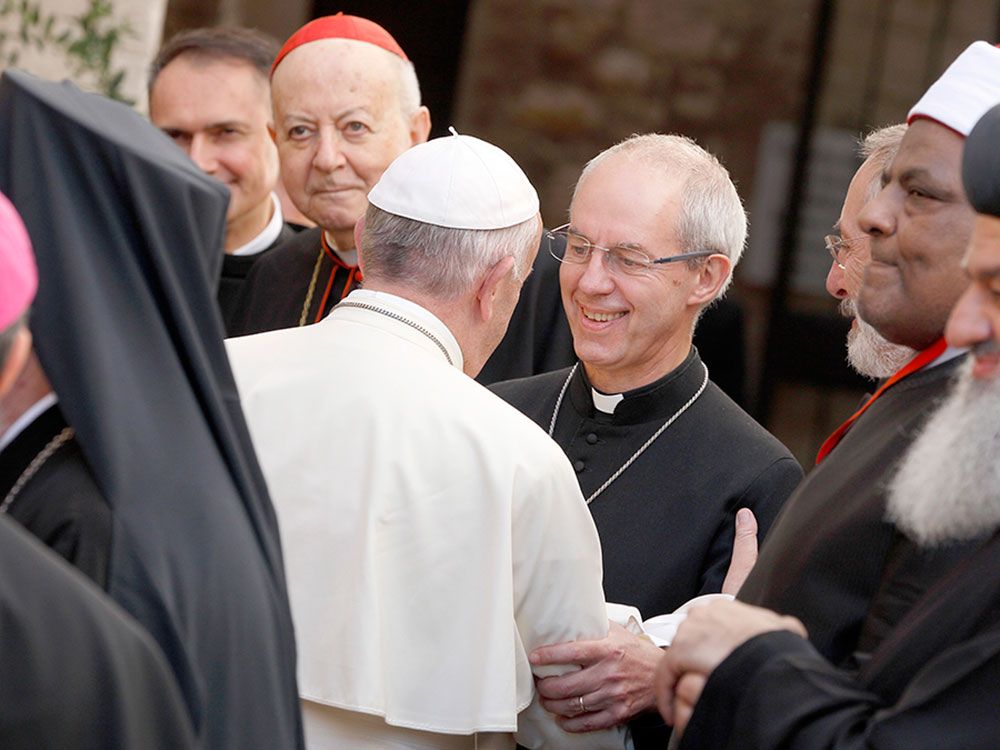 Pope Francis has said he wishes to travel this year to war-ravaged South Sudan, together with the Archbishop of Canterbury (in photo with Pope Francis).

Answering questions put to him by parishioners of All Saints’ Anglican Church in Rome during his visit to the Anglican community, the Pope said his “staff is studying the possibility of a trip to South Sudan, in response to an invitation from the Anglican, Presbyterian and Catholic bishops of the country who, he said, “hope the presence of the Bishop of Rome and the Primate of the Anglican Communion can help pacification.”

Vatican Radio’s Debora Donnini asked the South Sudanese Bishop of Yei, Erkolano Ludu Tombe, whether his people would be happy to welcome the Pope: “Everybody, even the non-Christians, all South Sudanese are delighted to hear that the Pope may come to South Sudan,” Bishop Ludu Tombe said.

Independent since 2011, South Sudan, in 2013, became theater of a new and bloody civil war that, despite peace agreements, was reawakened in July 2016 among the groups that support President Salva Kiir belonging to Dinka ethnicity and those linked to former deputy, Riek Machar of the Nuer ethnic group.

Following the results of the Colombian Referendum on the Peace Agreements, held on October 2, with “No” emerging victorious (50.2% to 49.8% against) on a very low turnout (37.4% of registered voters),…