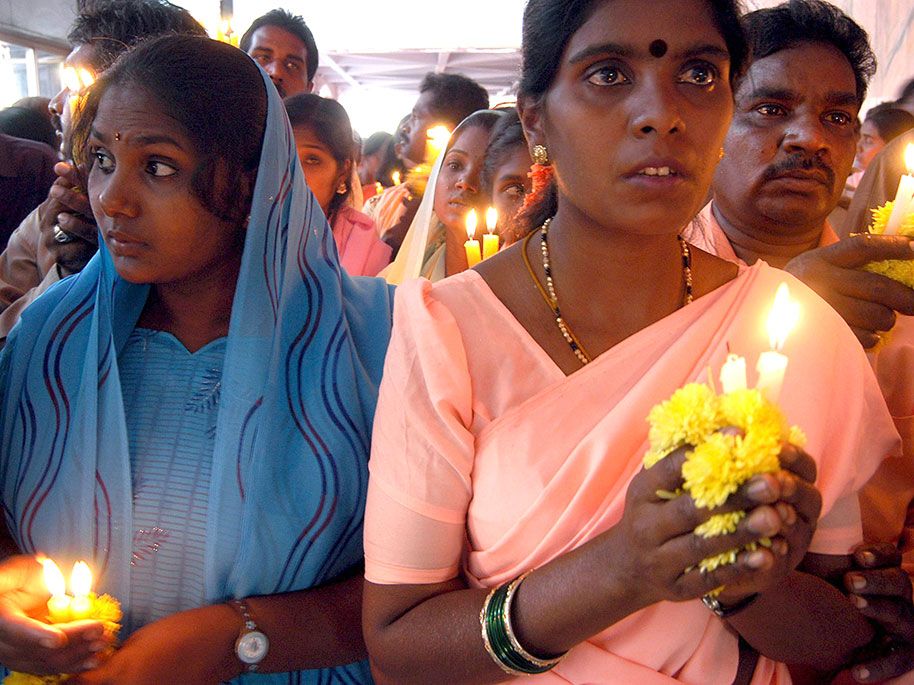 Last year “was one of the most traumatic for the Christian community in India since the mass targeted violence of the Kandhamal massacre in 2007 and 2008”, according to the Annual Report on Hate Crimes against Christians in India in 2017 released by the Religious Liberty Commission of the Evangelical Fellowship of India (EFIRLC), informed AsiaNews.

The study "documented at least 351 cases of violence in 2017, by no means an exhaustive compilation as it is based on voluntary reporting and civil society investigations.”

“Most cases go unreported either because the victim is terrified or the police, especially in the northern states, just turn a blind eye and refuse to record the mandatory First Information Report” filed with them.

“The Indian Government admitted in Parliament that ‘communal violence’, the term used to define clashes between religious groups, increased 28% over three years to 2017.” Among the Indian states, Tamil Nadu is the most “hostile” to Christians (52 cases of violence), followed by Uttar Pradesh (50), Chhattisgarh (43), Maharashtra (38) and Madhya Pradesh (36).

For Rev Vijayesh Lal, general secretary of the Evangelical Fellowship of India (EFI) and the latter’s national director of the Religious Liberty Commission, “It is distressing to see even private worship being attacked by Hindu right-wing activists violating the privacy and sanctity of an individual or a family and trampling upon their constitutional rights.”

“This year marks a historic step for the Catholic Church in Mongolia and the Apostolic Prefecture of Ulaanbaatar. In fact, we celebrate a double anniversary: the 25th anniversary of the diplomatic…

The Churches and Christian communities of the Middle East appreciate and follow, with optimism, the initiatives of institutions and Muslim leaders in the region “who have engaged in the rejection of…