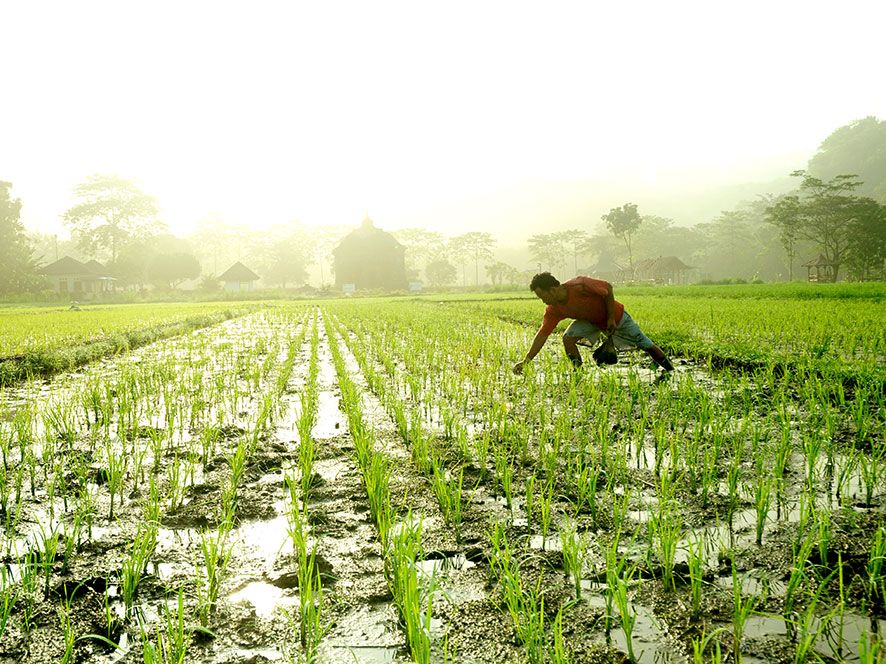 Enough food is globally produced to feed everyone, yet 815 million people go hungry. Can we have enough food to meet the needs of the world’s population? To ensure global food security, agriculture will be obliged to rely on small rural food producers.

The U.N. Food and Agriculture Organization in Rome (which I served since migrating from Sri Lanka in 1977) supports member countries’ initiatives for sustainable development through transfer and sharing of knowledge and promoting international awareness on food and agriculture in global development.

I recall three major FAO events convened to debate, discuss and deliberate upon key issues affecting food security, nutrition, and sustainable rural development. These were the World Conference on Agrarian Reform and Rural Development (WCARRD) in 1979, the International Conference on Nutrition (ICN) in 1992, and the World Food Summit (WFS) in 1996 – when His Holiness Pope John Paul II and President Fidel Castro first met.

Since then, much has changed. Agri-business in developing nations has expanded and food is retailed through supermarkets with more for the ‘haves’ than the ‘have nots’. Meanwhile, rural food producers, local traders and inland processors are disintegrating.

Private investors are acquiring fertile land to benefit from changing patterns in the types of food consumed or produced for clients with higher incomes where obesity and irresponsible food waste is high.

FAO urges changes to this type of weak governance of land and other natural resources hindering economic growth, sustainable use of the environment and food security. What about the implications for free trade of food, access to competitive markets and information, as well as the inherited right of people to their land for propagating sustainable livelihoods?

Thousands, lured by human traffickers operating illegally in the Mediterranean, continue to pay a ransom but are literally ‘washed ashore’ or rescued from capsized boats. In his appeal for the hopeless from the ‘globalization of indifference’ Pope Francis lamented, “We have become used to the sufferings of others; it doesn’t concern us; it doesn’t interest us; it’s none of our business!”

A stunning reference indeed to some European nations refusing entry of desperate boat people from nearby Libya whom fishermen and national coast guards mercifully rescue, medicate, feed and shelter around Italy’s southern ports.

Solutions
It is against this backdrop that long-term solutions need to be  framed to ensure global food security. One solution emerges from local governments willing to tackle such problems by recognizing the sector’s economic importance and potential in policy-making. To achieve sufficient increases in food production, agriculture will be obliged to rely on a smaller rural workforce adopting efficient and sustainable production methods while also having to adapt to and mitigate climate change.

Rather than drastically changing land-use practices, FAO recommends a shift to land resource governance based on principles of sustainable management with direct involvement of local users based on socio-participative approaches.

In a written statement to the annual World Economic Forum held in Davos (Jan. 2017) attended by corporate and political leaders, business people, government, academia and world media, Pope Francis noted, “Global leaders must implement policies that support the family and offer real opportunities for the growth and development of all people.”

FAO is promoting the cause of rural food producers who lack access to improved technologies and support in skills-upgrading to be able to participate competitively and cost-effectively in markets today aimed for the betterment of us all … and with your help … for many more generations to come.

The current three-year-old conflict in South Sudan has forced more than 2.3 million people to flee their homes. These war-affected populations also need psycho-social and spiritual help to mitigate…