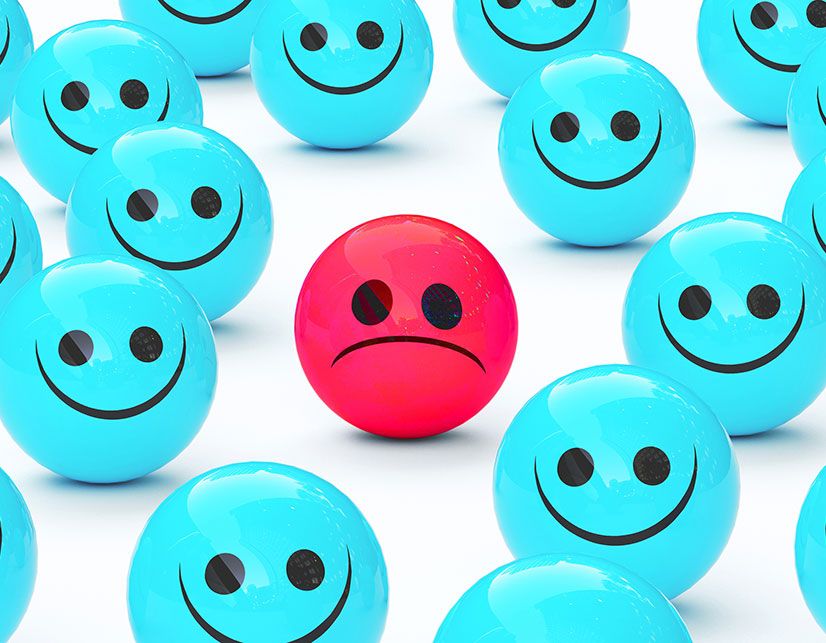 By Ilsa B. Reyes | Writer and Communicator

Even though addiction often seems to be associated with drugs, it actually takes on many forms. Addictions can range from crime and pornography to work and exercise. The good news is that effective treatments are available and people can recover from addictions.

Addiction has been a common term we have repeatedly been hearing about in the past years. This problem has been around for a long time, but in the Philippines it has been given special attention since President Rodrigo Duterte came into power and focused on the war on drugs.

The Dangerous Drugs Board Survey done by the Resources, Environment and Economics Center for Studies Incorporated from December 5, 2015 to February 5, 2016 and released in September 2016 cited that there are approximately 1.8 million drug users in the Philippines, roughly 1.8 percent of the total population.

Not all users though, are considered addicts and dependents. The Dangerous Drugs Board describes that “a person has an addiction when he becomes dependent on or craves a drug and believes he needs the drug to live. All an addicted drug user can think about is getting the next dose after getting high.”

Globally, the 2018 World Drug Report prepared by the United Nations Office on Drugs and Crime cites, “Some 450,000 people died in 2015 as a result of drug use. Of those deaths, 167,750 were a direct result of drug use disorders, in most cases involving opioids. These threats to health and well-being, as well as to security, safety and sustainable development, demand an urgent response.”

According to the American Addiction Centers, the word “addiction” is from the Roman legal term, addicere –ad–means together, and dicere–to declare, “a sentence passed on to a person who owed someone else money. It attached the debtor to the lender against his will–debt slavery.”

Dr. Subramani Parasuraman, Senior Lecturer of the Faculty of Pharmacy at the AIMST University in Bedong, Malaysia, describes drug addiction as “compulsive nature of the drug use despite physical or psychological harm to the user and society.”

Many Forms
Even though addiction often seems to be associated with drugs in the Philippines, it actually takes on many forms. According to MediLexicon’s Medical Dictionary, “Addiction is habitual psychological or physiological dependence on a substance or practice that is beyond voluntary control.”

“The purpose of an addiction is to put us out of touch with ourselves,” said Anne Wilson Shaef during the 2017 Training Institute on Behavioral Health and Addictive Disorders under the U.S. Journal Training, Inc. in Florida, USA.The American Psychiatric Association defines addiction as, “a complex condition, a brain disease that is manifested by compulsive substance use despite harmful consequence.”

An individual could get addicted to something as a cover-up for deep unhealed wounds or due to damage from feelings of shame within. Addiction may be manifested in a variety of ways. There was even a television show in the United States regarding persons who were extremely attached to a certain color, baby powder, animals, habits and “unusual” addictions.

I recall watching a particular episode in which the lady put baby powder all over her home because she wanted to continuously smell and feel it despite the warnings of doctors that inhaling it was bad for her health.

Addictions could involve substances like drugs, alcohol, nicotine and food. Internationally, the World Health Organization  points out that, “the harmful use of alcohol results in 3.3 million deaths each year.

There is a book by Janet Greeson, Ph. D., titled, It’s Not What You’re Eating, It’s What’s Eating You. It explains the link between food disorders, negative feelings and low self-worth.

There are activity and behavioral addictions which could range from the obviously evil like crime and pornography, to entertainment-oriented ones like gambling and video gaming, to what could even be considered more “acceptable” by others like work, exercise, shopping and religiosity.

In 2017, there was news of a man who went berserk at the Resorts World Casino and shot aimlessly at his surroundings due to monetary problems. Police investigation showed that his gambling addiction sent him into a major financial crisis which was seen as the motive behind his robbery of the casino. Globally, the World Health Organization reports that, “There are 350 million gamblers displaying problematic pattern each year.”

The World Health Organization also tells us, “In recent years there has been increasing global recognition among public health professionals and academics that particular patterns of video gaming may lead to marked impairment in personal, family, social, educational, occupational or other important areas of functioning and psychological distress for a significant minority of players.”

Matthew, Dennis and Sheila Linn have a book on religious addiction referring to how religious practices could serve more as a defense mechanism or a crutch for our emotional baggage, rather than our spirituality leading us into a genuine relationship with God.

I personally met a lady who had an addiction to overspending to the point where her credit card purchases plunged her into a financial rut. I later on found out that she was trying to mask her feeling of rejection brought about by an uncaring father.

There are also thought addictions like chronic pessimism, obsessional thinking, continuous sexual fantasies, perfectionism, and inflexibility. Some people are addicted to emotions like anger, fear and guilt.  I once listened to the story of a woman who was constantly feeding her anger and who would feel “powerful” each time she would do so.

There are people addictions which involve excessive attachments to individuals, in some cases even involving obsession and stalking, having codependency, or one relationship after another without healthy integration in between these relationships.

My professor in counseling gave the example of a wife who was repeatedly battered by her husband but did not want to leave the marriage because it was her false sense of security and she was afraid that she would not have a stable source of money which was being provided for by her abusive spouse.

Steps To Recovery
The American Psychiatric Association (psychiatry.org) stresses that “a number of effective treatments are available and people can recover from addiction and lead normal, productive lives….The first step on the road to recovery is recognition of the problem. The recovery process can be hindered when a person denies having a problem and lacks understanding about substance misuse and addiction. The intervention of concerned friends and family often prompts treatment….Because addiction affects many aspects of a person’s life, multiple types of treatment are often required.

For most, a combination of medication and individual or group therapy is most effective. Treatment approaches that address an individual’s situation and any co-occurring medical, psychiatric and social problems can lead to sustained recovery.”

“Counseling, treatment and rehabilitation are among the interventions that can help someone struggling with the compulsion to use drugs,” according to the Philippines’ Dangerous Drugs Board.

Healing And Support
It would be essential to determine how and when the addiction started. Professional approaches to treatments may be accompanied by initiatives of communities to reach out to those in addiction to help them receive healing and support on their journey to wholeness. On the part of those facilitating their recovery, it is important to monitor their progress.

We in society, whether we belong to the Church, the private sector, to non-governmental organizations or to the government, need to work together to help those battling with addiction to regain their self-worth and to motivate them to claim God’s plan for their lives.

Pope Francis, during the International Drug Enforcement Conference in Rome on June 20, 2014 said, “The Church, in fidelity to Jesus’ command to go out to all those places where people suffer, thirst, hunger and are imprisoned (cf. Matthew 25:31-46), does not abandon those who have fallen into the trap of drug addiction, but goes out to meet them with creative love. She takes them by the hand, thanks to the efforts of countless workers and volunteers, and helps them to rediscover their dignity and to revive those inner strengths, those personal talents, which drug use had buried but can never obliterate, since every man and woman is created in the image and likeness of God. (cf. Genesis 1:26)”

Addiction is not limited to drugs, and can take on many faces. But God and His love are more powerful than any addiction. His armies, united under His banner of goodness can defeat addiction and its menacing effects.

Politics As An Act Of Love And Courage

In his latest Encyclical Letter, Pope Francis challenges us all to reclaim the nobility of the political act: to take responsibility as members of one human family for the well-being of all.