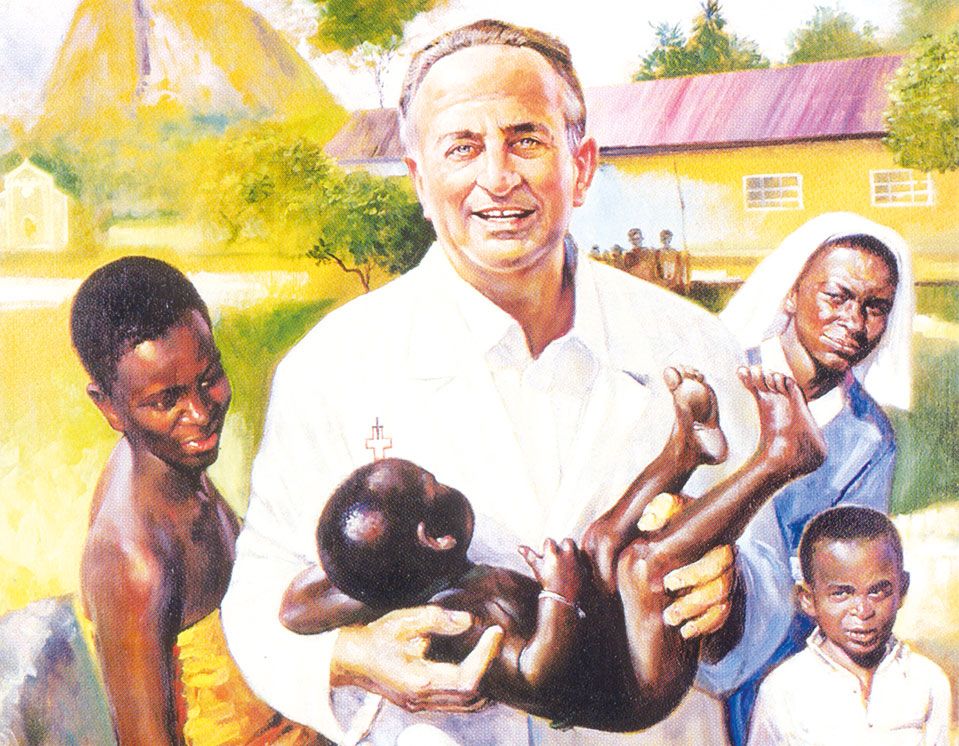 Comboni Missionary Father Giuseppe Ambrosoli (in drawing) will be beatified on November 22, in Kalongo, Uganda where Fr. Ambrosoli spent more than 40 years of his life in a parish, hospital, nursing and midwifery schools.

The first member of the Comboni Institute to be beatified, Fr. Ambrosoli transformed a dispensary treating leprosy patients into a full-fledged hospital. The missionary revolutionized the care for lepers by admitting them to the same hospital as other patients instead of confining them to the often neglected and poorly managed leprosarium.

Today the Kalongo Hospital, renamed the “Dr. Ambrosoli Memorial Hospital,” is a 350-bed facility that treats nearly 60,000 patients every year. Another of Father Ambrosoli’s achievements was establishing the “St. Mary’s School of Midwifery” in 1959.