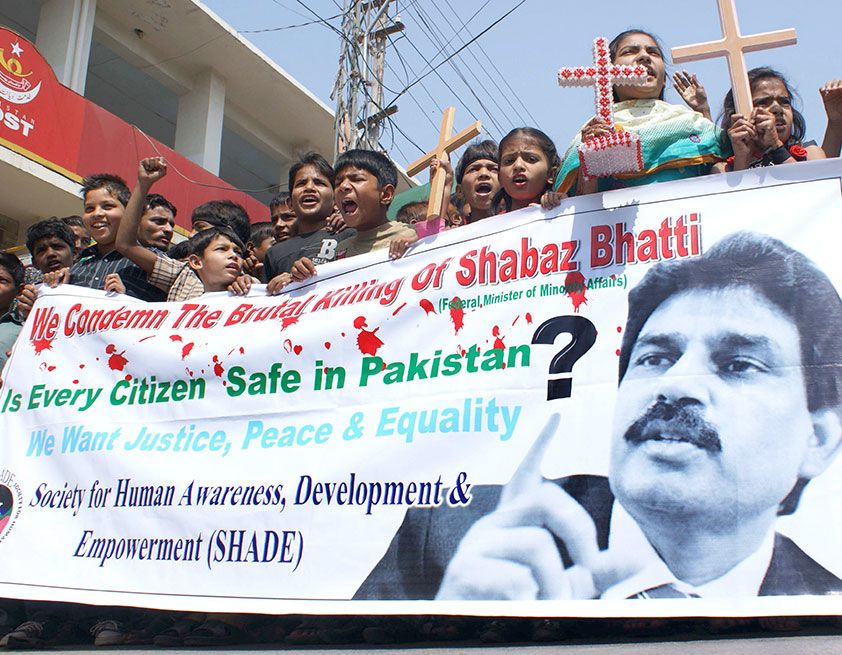 “Shahbaz Bhatti was a man of deep faith and a fearless leader.” This is how Father Emmanuel Parvez, a parish priest of Faisalabad Diocese, remembered the Catholic minister on the 9th anniversary of his assassination.

“He had received death threats and to those who advised him to emigrate, he said: ‘I am a disciple of Christ, I will never abandon my country and my people,’” Fr. Parvez said at a commemorative event organized to recall the 9th anniversary of Bhatti’s death in the hands of an Islamic terrorist.

Bhatti was also critical of Pakistan’s controversial blasphemy laws and was particularly vocal in the defense of the Catholic woman, Asia Bibi, who was falsely accused of blasphemy in 2009 and sentenced to death in 2010.
This led to his assassination. On March 2, 2011, as Bhatti was travelling to work after visiting his mother, an unknown gunman sprayed his car with bullets.

Brother Peter (in photo), a science teacher from Kenya, has been praised for his achievements in a deprived school with crowded classes and few textbooks. He has been recognized for his “exceptional”…