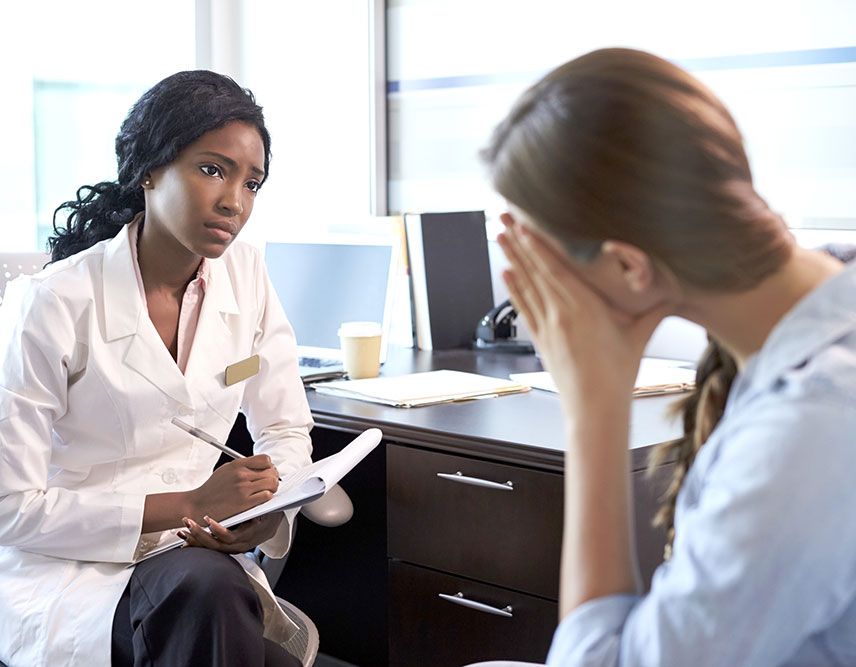 By Ilsa B. Reyes | Writer and Communicator

The causes of addiction are manifold but it all boils down to the attempt to fill an inner void stemming from feelings of abandonment and lack of love. To address addiction, it is important to treat the root of the addiction and not simply its effects.

International authors on inner healing, Matthew, Dennis and Sheila Linn describe addiction as, “using a substance or process to escape from our own reality, especially painful feelings.”

What is a general profile of someone who is into addiction?  He is often characterized by many of the following: has low self-worth, does not recognize boundaries, engages in lying, manipulating, easily loses patience and gives up, isolates himself, belongs to a dysfunctional family, could sleep too much or too little, neglects some regular or social activities because he is focused on the addiction, maintains supplies of the substances he uses, usually in financial crisis, feels bold to take risks (for example, drives very fast, engages in extreme sports), is in denial, has failing health and may have problems with the law.

A common cause of addiction is unresolved trauma. Trauma is defined by addiction specialist Judy Crane as “painfully vivid emotional, sensory memory of perceived mortal terror or extreme duress. This memory is often hidden or sublimated.”  “Trauma is the loss of some essential part of you, like a sense of peace, vitality or presence,” said Dr. Gabor Maté author of In the Realm of Hungry Ghosts: Close Encounters with Addiction.

Trauma
I know of someone, who when he was still a boy, was physically battered by an older guy. He kept this to himself and it remained unhealed in him for decades until he was finally able to open up to his aging parents about it. During his adolescent years, his manner of running away from his trauma was to regularly use drugs.

Another cause of addiction would be other painful memories we have been avoiding and have not properly processed. I remember the story of a woman who kept projecting her own issues on another person even to the point of threatening to kill herself during times her friend could not pay attention to her because of valid reasons.

She was clinging to her friend for her happiness because it seemed she did not have the strength to find her own joy and sense of meaning from within. She was using her friend as a crutch for her worth. She exhibited shopping addiction, addiction to anger, self-pity and negativity. Her anger towards specific individuals whom she perceived had taken her for granted had accumulated over the years.

Other causes are disconnectedness, emptiness and lack of love. Going into addiction could be a way for people to attempt to fill the void that they are experiencing inside of them because they might be feeling abandoned and that no one loves them.

There are those who become addicted because of experimentation and curiosity, deriving pleasure from the experience and eventually getting hooked on it, especially if they are pressured by peers or are getting approval from others to increase their self-worth.

According to the Linns, “All addictive behavior comes from deep pain and contains a cry for healing.” What happens when a person goes into addiction? Dr. Mark Gold, world-renowned expert and a Lifetime Achievement Awardee of the White House on drug addiction, refers to addiction as “a disease of the brain.” He explains that in addiction, a dopamine spike occurs.

What is dopamine? According to yourbrainhealth.com.au/dopamine-cause-digital-addiction, “Dopamine is a neurotransmitter. Neurotransmitters allow neurons to communicate and are signaling molecules released at synapses by spikes of electrical activity. When dopamine is released, it diffuses across the synapse and binds to receptors in the membrane of the post-synaptic neuron. In doing so, dopamine signals a diverse range of actions that range from controlling movement, to releasing breast-milk, to decision-making and feelings of pleasure….The release of dopamine in the brain’s reward pathways assigns value or status to each type of reward, and this will determine the length we go to achieve a given reward, or pleasurable experience.”

The cycle of addiction begins with a trauma, an emotional hurt, insecurity or need for approval, followed by a craving for relief; then the person becomes preoccupied with the substance, activity or behavior. The substance is used or the behavior is practiced in a compulsive way. The person is given temporary relief from the pain, and may also experience numbness.

Negative Consequences
The negative consequences from such are felt by the person, and these lead to an even more damaged self-esteem. Guilt, shame and depression then come in and these would lead to more hurt, and the cycle continues.

In the process of addiction, the substance, person or activity one is addicted to becomes a crutch or substitute for the deeper need. Oftentimes, needs stem from hunger for love, acceptance, security and approval. Usually, the core issue lies in one’s self-esteem, and the feeling of “How important am I?”, particularly to people I have considered significant.

When one feels rejected, neglected, violated, or abandoned, he resorts to a crutch to fill the need. As he experiences the constant pleasure derived from using his crutch, he seeks it all the more, even though it is destroying him in the long run and is creating layers of deception or masks, or serving only as an escape hatch from facing the deep-seated concern and the real craving for love.

In Straight Talk About Addiction, Relapse Prevention Therapist Teri Gorski associates addiction with flooding of the brain with pleasure chemicals, deprivation of the brain of warning chemicals, creation of intense euphoria, anxiety and fear being inhibited even in situations of real threat, impulse control and impairment of judgment.

Negative effects of addiction include: deterioration of health, relationship problems, financial crises, depression and suicide, no will to live or to wake up in the morning, or may have a high, then crashes. “Drugs have effects on the brain that are not always reversible,” said Dr. Mark Gold. In the area of internet addiction, back in 2017, there was a small study presented at the annual meeting of the Radiological Society of North America in Chicago.

According to Addicted to Your Phone? It Could Throw Off Your Brain Chemistry by Brandon Speckto on livescience.com, “The paper, which was presented by lead study author Dr. Hyung Suk Seo, a professor of neuroradiology at Korea University in Seoul, South Korea, found an imbalance of chemicals in the brain of ‘internet-addicted’ teenagers. This imbalance was similar to that seen in people experiencing anxiety and depression.”

Untreated addictions could also result in broken homes. I personally know of a couple whose parents even advised their children to have their marriage annulled because of the drug addiction problem of the husband. It is common to hear of persons who go broke because they spend their money on the substance or activity they are addicted to, and might resort to crimes to continue to support their addiction. These would also keep them from having regular jobs and legitimate sources of income.

The Twelve Steps Approach
How can one seek healing, or help someone he loves to address and overcome the addiction? It is important to treat the root of the addiction and not simply its effects. The Twelve Steps Approach proposed by Alcoholics Anonymous points out that the door to recovery begins with admitting one’s helplessness in stopping the addiction. It is followed by the acceptance of a higher power, God, as an individual knows Him to be. For us Christians, we embrace our Lord Jesus as the One Who gives us love and grace to win over strife.

If we know of someone who is addicted, we could encourage him to undergo psycho-spiritual programs that could re-establish his dignity and faith life. We who are aiming to bring hope to the addicted must create an environment where people with addictions can be open to recognizing their disorder.

We can usher them into counseling: personal, family and group therapies. The trauma history of these persons must be examined. They could participate in the healing of the family tree or reparenting the child within workshops. They could be introduced to psychotherapeutic interventions such as visualization, forgiveness, mindfulness exercises that would help them genuinely connect with God and would invite them to build on their innate goodness and strengths.

They could be equipped with life skills, training in livelihood, opportunities for self-development such as the Alternative Learning System. They could be given health programs, physical exercises and supplements like Omega 3 and 6 which play key roles in brain function.

The key is to provide them with an avenue for holistic healing which starts with soul work and opening up to God Who loves them without conditions. A focus-group study on spirituality and substance-abuse treatment published online on PMC US National Library of Medicine National Institutes of Health in 2010 and authored by Adrienne Heinz et al stressed, “levels of spirituality may be greater in individuals whose recovery is successful compared to those who have relapsed. Length of sobriety has also been positively associated with spirituality while commitment to a higher power may lessen the severity of relapse episodes.”

Ups and Downs of Insertion in a Foreign Country

Under a European Union relocation program, Portugal hosted families fleeing persecution and war, the majority of whom were from Syria. Here are the diverse stories of four refugee families seeking…

Educate for a Fraternal Humanity

The worldwide educational crisis calls for joint efforts, both in the family and at the school, to promote an inclusive model of teaching that leaves nobody outside the system and helps to form a…

A Dominican friar shares his experience of spending his yearly vacation in an ashram in India. Under the guidance of a guru and following an exigent daily schedule, the retreatants embark on an inner…