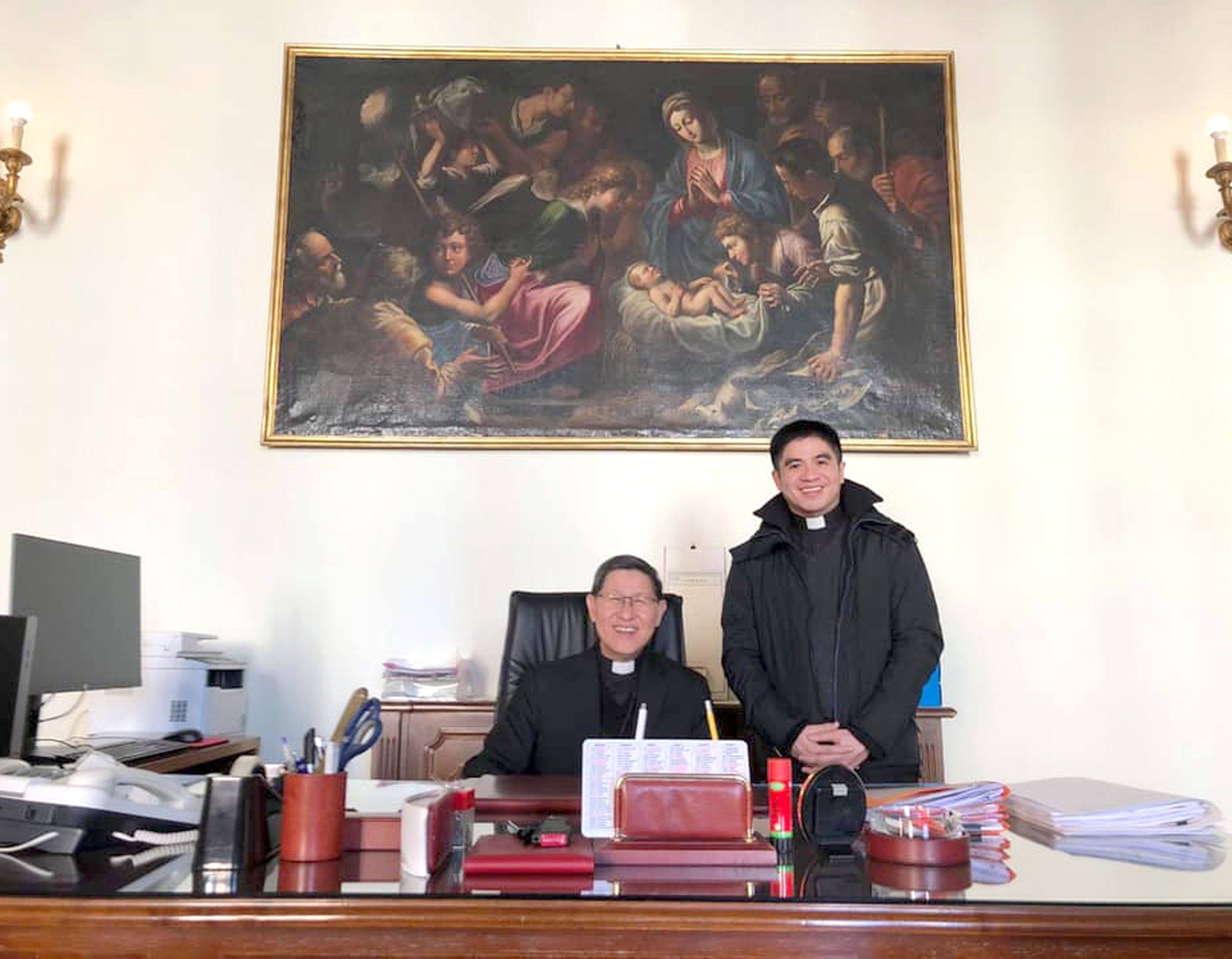 By taking over the reins at the Vatican Congregation for the Evangelization of Peoples, Cardinal Luis Antonio Tagle will be facing a host of challenges. Some of them are local, but they are all global in scope. It is a difficult undertaking and he will be on a steep learning curve.

Propaganda Fide – that’s the Latin shorthand for the soon-to-be “superdicastery” which Pope Francis has asked Cardinal Tagle to lead – has a worldwide mandate. It ultimately is responsible for all the institutional missionary activity of the Church, including the training of missionary clergy and the appointment of bishops to mission territories.

The Congregation is far more than a clearing house for personnel assignments, disputes and information-sharing. It gives material support to struggling churches in places the Gospel is not always welcome. It helps missionary leaders negotiate with sometimes unfriendly local leadership, and assists missionaries as they navigate fraught waters.

It oversees the work of missionaries who take the Gospel to places that haven’t heard it yet, supports the missions in places where the Church struggles with self-sufficiency, and directs (or at least informs) the choice of leaders for traditional missionary jurisdictions, not least by producing the shortlists of names to fill vacant missionary sees.

Adding to the complexity of Propaganda’s mission profile and portfolio is the fact that much of the world that received the Gospel in the earliest centuries of Christianity has once again become mission territory. Pope Francis has repeatedly stressed this point, and even made it a leitmotif of his pontificate.

“The secularized world, in fact, even when it is receptive to the Gospel values of love, justice, peace and sobriety, does not show the same willingness to the person of Jesus: it neither regards him as Messiah nor as Son of God,” he told participants at the Propaganda’s plenary meeting in 2015. “At most it considers him an enlightened man. Therefore, it separates the message from the Messenger and the gift from the Donor.”

Mission To The Nations
“In this situation of detachment, the missio ad gentes [mission to the nations] acts as engine and horizon of the faith. It is vital at the present moment for the Church ‘to go forth and preach the Gospel to all; to all places, on all occasions, without hesitation, reluctance or fear’. In fact, the mission is a force capable of transforming the interior of the Church even before the life of peoples and cultures.”

How to harness that energy, and direct it properly in any given place, is the overarching challenge and mandate of the missionary dicastery which Cardinal Tagle is leading. It would be a daunting task for a man 20 years younger than the 62-year-old Cardinal Tagle, even if he had unlimited time and resources.

The Congregation for the Evangelization of Peoples does not have an unlimited budget, yet it does have very opaque books. It possesses significant resources, but even the Congregation’s officials don’t necessarily have a full picture of them or know how to access them. From the very beginning, this was by design.

It’s important that Propaganda, more than any other dicastery, should be able to do things, and quickly. Getting resources to the people who need them is vital. In order to do that, the head office needs to dispose of significant resources with pretty much absolute autonomy.

Host Of Challenges
Financial autonomy, hence opacity, is the price of efficiency, but also a guarantee that some money will be kept and used in ways not directly bearing on mission-specific operations. Yet it is surely possible to achieve a measure of financial order. Indeed, it is essential. This will be a principal task of the new mission chief.

Moral discipline among the missionary clergy and their hierarchical leaders is another challenge. Mission fields are workshops of great holiness. Many clerics trained for and sent to the missions are heroes of the faith and living saints. Some of them prove their virtue in red: the privileged color of the piping, buttons, and cincture on the signature cassock of Propaganda’s elite Collegium Urbanum is a permanent reminder of the missionary priest’s supreme calling.

But others fall short. Dioceses and religious orders have also used the missions as dumping grounds and hiding places for some very bad actors. If that is not always the fault of either Propaganda or Propaganda’s head, it is nevertheless their responsibility.

Even such a youthful and energetic figure as Cardinal Tagle doesn’t have unlimited time. With the dicastery due to expand greatly under the curial blueprint that Pope Francis is expected to promulgate this year, and with mandates reportedly limited to five-year terms in office with a recommendation for no more than one renewal, the clock is already ticking.

It makes little sense for any new prefect to make as his first task understanding current operating procedures. Those are going to change soon. Rather, Cardinal Tagle wants to get to know his people, and acquire a feel for the lay of the curial land, with a view to shaping the new order when the paper reform is given effect.

Next Conclave
Then there’s the perception that the real reason Pope Francis has brought Cardinal Tagle to Rome is not primarily to have the intelligent and personable prince of the Church on hand to lead the new missionary dicastery, but to guarantee a “friendly” figure in the Roman mix in view of the next conclave.

When the Tagle appointment was announced, it was clear to observers across the ecclesiastical spectrum that Francis has at least one eye on the succession. There was even talk of the Tagle appointment as a not so subtle indication from Francis of the man he’d like to see as his successor.

Pope Francis has discouraged careerism among curial officials. The use of the head office of an immensely powerful dicastery as a parking space for his heir apparent may, on one reading, clash with that discouragement. On another, however, it is perfectly in keeping with it.

For one thing, it was clear to anyone watching that Cardinal Tagle did not want to leave Manila, where he had been archbishop since 2011. Also, it is said in the Vatican, Chi entra papa in conclave, ne esce cardinale (“He who goes into the conclave as pope, comes out a cardinal”). Both Pope Francis and Cardinal Tagle are doubtless familiar with the expression.  Published in Catholic Herald