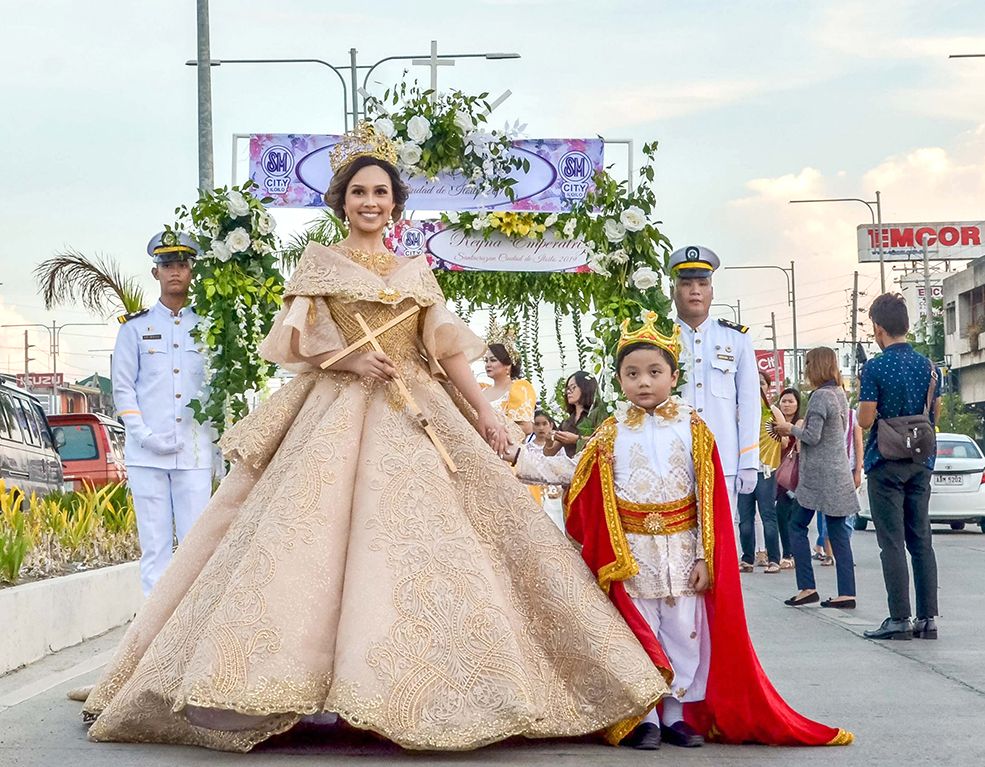 The late 13th century was when people started to dedicate the month of May to the Blessed Virgin Mary, our Mother and the Mother of our Lord and Savior, Jesus Christ. Many prominent feasts were Christianized by the Church. In the 16th century, a lot of Catholic books were written to value the significant devotion we have for Mama Mary. Afterward, Mariano Sevilla published an interpretation of Flores de Maria in 1867, when Bulacan started its celebration, for the Filipinos.

This devotion to Mother Mary was initially popularized by the Jesuits in the 1700s.  Pius VII granted partial indulgence for this practice in 1815. It was not until 1859 that a plenary indulgence was approved by Pius IX. A short encyclical was written by Pius VI to emphasize it as a means to obtain prayers for the spiritual gifts the Virgin Mary would bless Christians.

Also known as the fiesta month among Filipinos, the month of May has become the “Queen of Philippine Festivals.” Pinoy communities have banners and mini-triangle flags hanging on barangays to welcome guests to a feast of delicious food. In time for summer, most Filipinos would often have their vacation in their hometown or provinces coinciding with fiesta activities.

A Catholic tradition, Flores de Maria— more familiarly known as Flores de Mayo–has also become a tribute celebration and thanksgiving by farmers in the Spanish era because of the rains brought about at this time of the month.

In different regions of the Philippines, representatives of Church organizations  would make house-to-house calls to ask for donations to decorate the Parishes, especially the Altar, with a bounty of beautiful flowers.  Flores means flowers.  In direct English translation, it means Flowers of May Festival.

It is timely since stunning flowers bloom during this month. People would gather in Churches to pray the Rosary and offer flowers to the Blessed Virgin Mary.  At the Holy Mass’ Offertory, more bouquets and baskets of flowers are usually presented to Mama Mary during this Marian month.  The Churches’ interior are  lavished with floral decorations.

Santa Cruzan
On the last Sunday of May, there is a big celebration with a procession called Santa Cruzan (Holy Cross). Bystanders and devotees carry lighted candles as they recite the Holy Rosary and sing songs of praise. Aptly given honorable recognition, the sponsors known as Hermanos and Hermanas (Hermano and Hermana Mayors) are laid with responsibilities that include choosing young men and ladies to be adorned in Barong Tagalog and formal gowns. The Constantino, a young boy in formal wear, escorts the Reyna Elena, a young girl who carries the Crucifix.  The parade is decorated with bamboo arcs. The Sagalas are composed of pretty young women who accompany the Reyna Elena, similar to handmaids.

The traditional Flores de Mayo is also observed in Filipino communities in foreign countries such as the Americas and Europe. Embedded in our culture, it has become one of the much-celebrated Catholic Marian devotions amongst Filipinos.

New additions to the festivity are highly decorated umbrellas with flowers. The nine-day Novena is always the most spiritually significant part of this occasion. The colorful parade of Santa Cruzan starts and ends at the Church.  It is followed by an evening Mass. In certain places, its town Mayor would host a dinner party afterward.

This festival is an annual tradition of the Filipinos. It is the Philippines’ unique festival that is filled with galore and outlandish celebrations. Some foreigners would schedule their vacation in the Philippines to coincide with the festival. It has also become a trending fashion parade with beautiful and multi-colored gowns by competing couturiers.

Origins
The origins of the Flores de Mayo festival came from shared Spanish and Mexican influences. The Filipino pioneers evolved the Mexican Santa Cruz de Mayo to the Santa Cruzan, as it is now widely known with the Flores de Mayo devotion, especially amongst Marian devotees.

Santa Cruzan can be traced to the founding of Christ’s Holy Cross in 321 AD by Saint Helena (Reyna Elena). She is the Mother of Constantine the Great (Constantino), the very first Christian Emperor of Rome. The Spaniards then brought this Flores de Mayo Marian devotion to the Philippines. Its anniversary  is May 3rd, thus, aptly, we celebrate it for the whole month of May.

Whether it is because of the fashion statements or floral decorations or the devotion to Mama Mary, the Flores de Mayo celebration will forever be carved in the hearts of Filipinos. The month of May is also when we celebrate Mother’s Day. To be able to celebrate the whole month in complete devotion to our Heavenly Mother, the Blessed Virgin Mother Mary, is incomparable.

It is the special time when we can give heartfelt thanks to Mama Mary for listening to us, with the heart that only a Mother can understand, and most especially, for Her intercession. She always intercedes for us to Jesus Christ. At times when we are hardened with trials and tribulations, Mama Mary listens. We become more blessed and sanctified.

It has been said that in older world maps, the Philippines stands out in being shaped as someone who is kneeling, a person who prays. Doesn’t that warm our hearts? We are a nation that prays together. We are a nation that stays as one. Even after the pandemic, we will remain in solid commitment to having a devotion to Mama Mary. With love, through the Immaculate Heart of Mary, we are saved by the Sacred Heart of Jesus Christ.

Inspite of being a predominantly Buddhist country, the people of Sri Lanka celebrate Christmas (Nattal) in their own unique way, using native products. For Sri Lankans, Christmas is a time for…

“We do our part to avoid worse things”

Savannah in lockdown: strict protective measures paralyze public life in Uganda, with dramatic consequences for the Comboni missionary Günther Nährich, who has to buy medical equipment for “his”…