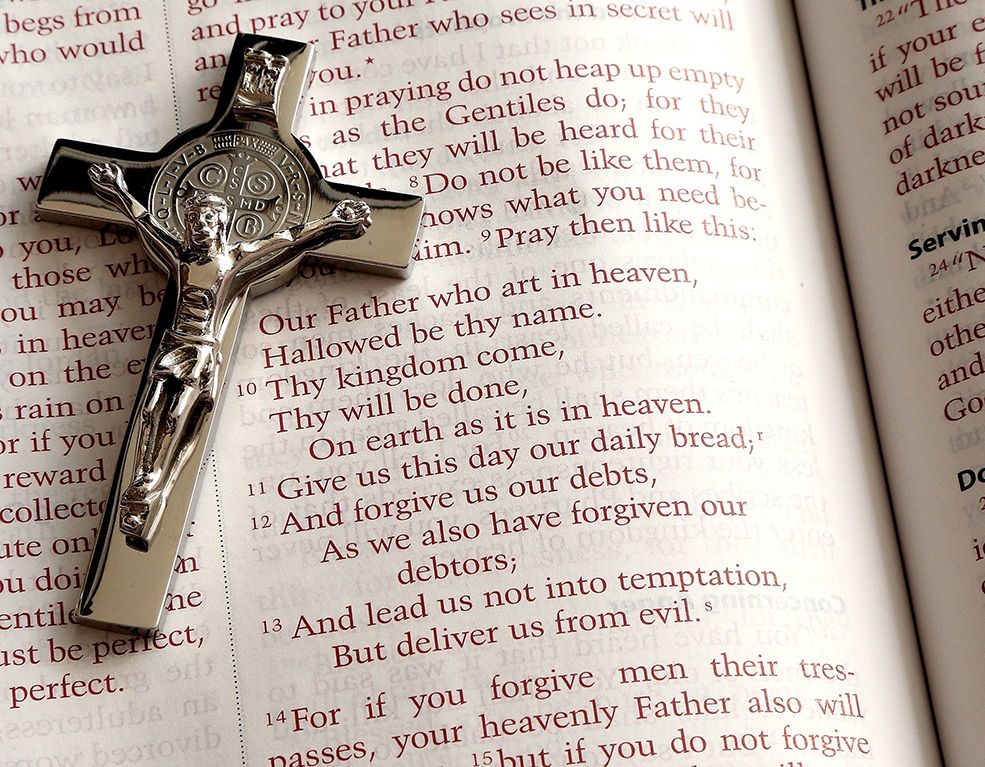 Our Father in Heaven

In the Lord’s Prayer, Jesus taught his disciples to address God as Father who is in Heaven. In this prayer, we acknowledge God’s fatherhood which is above everything and yet is present in the heart of those who long for Him.

The fact that Jesus called God His Father, made the Jews angry with Him. In his Gospel, John says: “That made the Jews even more intent on killing him, because not only was he breaking the Sabbath, but he spoke of God as his own Father and so made himself God’s equal.” (John 5, 18)

But what made the Jews angry with Jesus makes us happy and grateful. In fact, because God is the Father of Jesus, this paternity embraces all men and women of the whole world.

Pope Francis said: “It’s not a matter of using a symbol–in this case, the figure of the father–referred to the mystery of God. Instead, it is a matter of having the whole world of Jesus, so as to say, poured into our hearts.” Theology has found a concrete expression to proclaim all this: We are children of God in the Son.

One day Philip asked Jesus: “Lord, show us the Father and then we shall be satisfied.” (John 4, 6) I believe that what is present in this request summarizes concisely and extraordinarily, what is in the heart of every human being: seeking a father as something that fills human existence with deep meaning.

This is particularly true in our relationship with God. Thinking of God as our Father is to think about the One who not only created life but also gives life as a great gift enabling us to celebrate it with joy.

‘In Heaven’
God, our Father, is in heaven! What is the meaning of this expression? Number 586 of the Compendium of the Catechism of the Catholic Church states: “This biblical expression does not indicate a distant place, but a way of being: God is beyond and above everything. Heaven designates the majesty, the Holiness of God.”

The expression ‘in heaven’ means also that God’s Fatherhood is beyond the limits of any human father. Pope Francis has written: “Maybe the experience of paternity you have had, has not been the best; your earthly father has been far or absent, possessive and imposing, or simply, he has not been the father you were in need of. I do not know. But I can tell you without any doubt that you can throw yourself into the embrace of the divine Father who has given you life and renews this gift moment after moment. He will keep you in his embrace but always respecting your freedom.”

Saint Augustine says that the heaven in which God dwells is the heart of every just person considered by God as His temple. Saint Elizabeth of the Trinity develops this idea and goes deeper into the meaning of communion with God.

This is part of her beautiful and daring prayer: “O my God, Trinity whom I adore, help me to become utterly forgetful of myself so that I may establish myself in you, as changeless and calm as though my soul were already in eternity. Give peace to my soul; make it your heaven, your cherished dwelling place, and the place of your repose. Let me never leave you there alone, but keep me there, wholly attentive, wholly alert in my faith, wholly adoring, and fully given up to your creative action. Immerse yourself in me so that I may be immersed in you until I go to contemplate in your light the abyss of your splendor!”

The expression ‘in heaven’ has another meaning. It tells us that we cannot control God and we cannot know Him so as to possess Him with the power of our mind. The Father is present in heaven as He is present all over, but He is discreet; He does not impose Himself. As long as we live, we will be searching for Him in communion with the whole Church, as disciples of Jesus and under the guidance of the Holy Spirit.

We pray that, through the intercession of Mary, all people may thirst for God, having the strong desire Saint Elizabeth had: to establish themselves in Him and to make their souls His heaven, His dwelling place, open to His transforming action.

Honor Your Father and Your Mother

In a world where the traditional and stable family structure made up of husband, wife and children tends to disappear or be perceived as old-fashioned, the fourth Commandment stands as the privileged…

“Inner peace can be reached only when we practice forgiveness. Forgiveness is letting go of the past and is, therefore, the means for correcting our misperceptions.” – Gerald G. Jampolsky, author of…

Commandments of the Heart