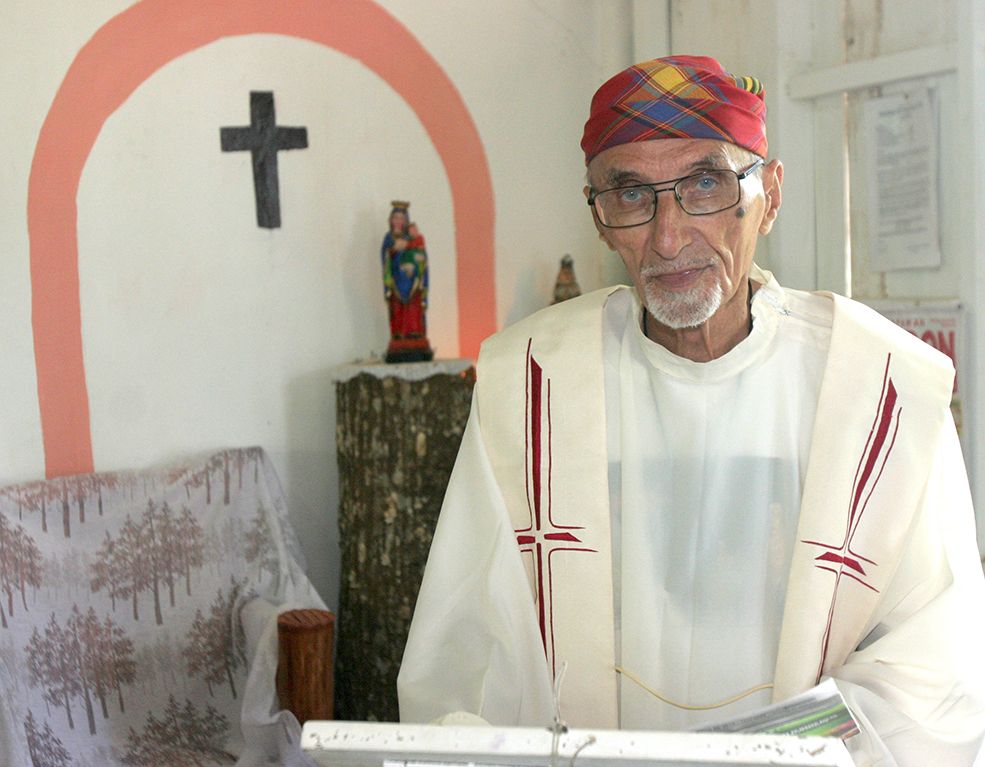 Tribal Children Taken Away From School

A group of tribal children from North Davao district was welcomed by San Carlos University in Cebu to pursue their education. One day, police raided the children while they were holding classes claiming that they were victims of “kidnapping and indoctrination.”

The Philippine government’s campaign against the Marxist New People’s Army (NPA) also targets tribal schools in villages isolated in the forest, where public education has not arrived.

Thanks also to the work of missionaries like Father Fausto Tentorio, the PIME missionary killed in Mindanao in 2011, these schools have become places where tribal identity is valued and the indigenous people of the archipelago learn to defend their rights.

The Philippine military views this kind of place with suspicion, claiming that they are places of recruitment for the guerrillas.

Last February 15, there was a raid of a group of tribal or Lumad children holding a class at the San Carlos University in Cebu. I saw some videos: an excited crowd of armed police, military, and tribal warriors with the DSWD [Department of Social Welfare and Development] personnel running until they cornered a group of scared children holding to each other screaming and crying. The bigger ones were pulled to the ground and handcuffed and all 26 were arrested or placed under the custody of DSWD.

Why? They had no weapons nor drugs or anything illegal. They were only holding a class peacefully. The police called the raid a rescue, but the videos convict the attackers as criminals. That was a scandal of terrifying violence against children.

This incident happened due to the government’s campaign to close free tribal schools because of the suspicion that some tribal children may be taught to join the rebels. Some students transferred to other schools, but many stopped going to school. A few asked for the chance to continue classes in church buildings like at the San Carlos University, and some ended up stranded because of the pandemic.

But I wonder why the police, the military, and the DSWD conducted such a violent raid against children. How could they forget all the laws for the protection of children and due process? Maybe, they got used to doing that because they were ordered to do so and were told that those children were already classified as terrorists. How did they develop that way of looking at children, particularly tribal children?

Few community leaders, even clergy or pastors, can dare to report or denounce such incidents for fear of being marked by red-tagging. But if we witness such abuses, we feel the pain of the victims. Can we also find ways of healing the wounds and trauma, and ways of preventing such incidents?  Published in AsiaNews

The Wisdom of Humanae Vitae

The four Mother Teresa’s Sisters martyred in Yemen: Something Beautiful for God

Something Beautiful for God was the title of the classic work by Malcom Muggeridge that, back in 1971, introduced Mother Teresa to the world at large. This title can describe very movingly the…