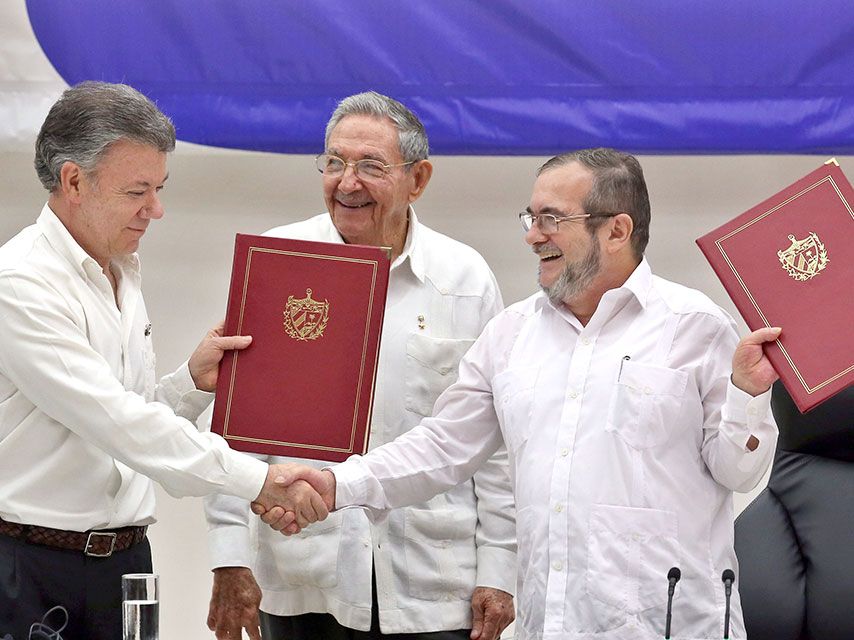 The Episcopal Conference of Colombia recognizes the definitive agreement of peace between the Colombian government and the FARC (Revolutionary Armed Forces of Colombia) as "a historic event for the country, which is expected to be the first step to building peace, long-awaited by Colombians, with the guarantee of respect for human rights and the promotion of justice in every corner of the country," said a statement. The Bishops, therefore, call upon the government to "offer a pedagogy for peace, clear and authentic information, to overcome the doubts before this decision."

"The Catholic Church, which was on the side of the victims for the entire period of the war, also accompanies this historical moment in Colombia in order to continue offering its service so that the rulers build a nation that respects democracy, freedom and human rights and promotes the processes of forgiveness, reconciliation and peace," the text concludes.

After four years of negotiations, the Colombian government and the Revolutionary Armed Forces of Colombia (FARC), signed a peace agreement, on June 23, that puts an end to more than 50 years of conflict. Colombian President Santos, Secretary-General of the United Nations Ban Ki-moon, Presidents Michelle Bachelet of Chile, Raul Castro of Cuba, Nicolas Maduro of Venezuela, and Norwegian Foreign Minister Borge Brende were present at the ceremony in Havana, where peace talks were held.

The roadmap for the final bilateral ceasefire and the abandonment of weapons by the guerrilla group, which will be verified by the United Nations (U.N.), through its Security Council, is among the most important parts of these agreements.

SYNOD FOR THE AMAZON: A ‘Cry Of Hope’

In his closing homily at the Synod of Bishops’ special assembly on the Amazon on October 27, Pope Francis clearly referred to the cries from the Amazon which, for three weeks in the Vatican, resonated…

To date, Caritas, the social action arm of the Catholic Church, has been able to help about 1.8 million people affected by the destruction brought by Super Typhoon Haiyan that struck the central…