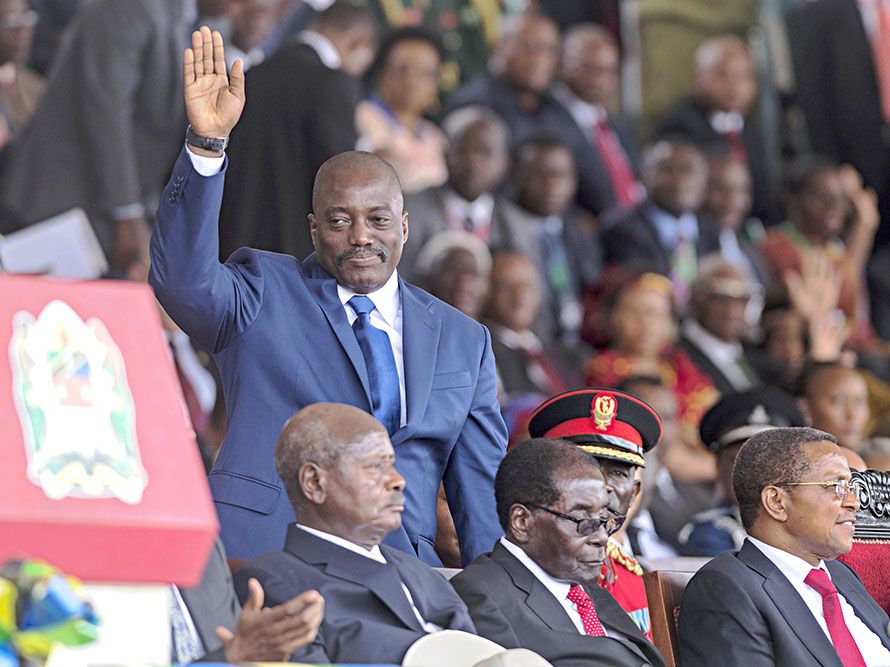 Catholic Bishops in the Democratic Republic of Congo have raised election concerns that threaten to plunge the country into chaos. According to the Constitution, presidential and parliamentary elections should be held by the end of the year but so far, a date has not been established, reported Fides.

“This delay stems from a deficit of good governance, from an impediment of force majeure, or the deliberate lack of political will,” the bishops said in a statement. The bishops were speaking in the 53th Plenary Assembly of the Episcopal Conference of the Democratic Republic of Congo.

The prelates called for respect of the Constitution and electoral deadlines as prescribed, start of authentic dialogue among all political parties, commencement of social policies to alleviate the painful conditions of the population and respect for human rights. The statement also observed “a significant reduction of democratic space, the disturbing proliferation of human rights violations, ignoble massacres and growing insecurity in the east of the Country.”

To overcome this situation, the bishops called on the nation's leaders to respect the Constitution and accept the alternation in power as the foundation of democratic life. The bishops urged “political forces to put an end to the delaying tactics and to discuss free, democratic and transparent elections in compliance with the Constitution.”

They further noted that they wish to accompany this process with prayers, remaining politically neutral, and with a civic education campaign to “form the conscience of the population so that it contributes to building a State of law.”

Meanwhile, the Bishops have reiterated their demand that President Joseph Kabila (in the photo) step down when his second term ends.

A political dialogue "is now the only way to avoid chaos," reporters were told, in the capital, Kinshasa, by Abbot Leonard Santedi Kinkupu, Secretary-General of the National Episcopal Conference of Congo. Political leaders should "make the needed concessions for a sincere national dialogue to take place," he added.

"It is imperative that we respect the fundamentals of our Constitution concerning the number and length of presidential terms," Abbot Santedi continued. He appealed to the leaders of the country to "accept the transfer of power as fundamental in a democracy."

"Blocking the electoral process" creates a "worrying situation which risks plunging the country into chaos," he said, adding that it was the "responsibility of the political leaders." "We cannot allow technical constraints to be used as political excuses," he said in a separate interview, referring to the government’s argument that financial and organizational issues will necessitate a long delay.

Congo is scheduled to hold elections in November, after which Kabila, in power since 2001, is supposed to step down but the polls may be delayed because preparations are not on schedule.

MYANMAR: Call For Effective Pressure On The Military

“One year after the military seized power, the people of Myanmar–who have paid a high cost in both lives and freedoms lost–continue to advocate relentlessly for their democracy,” UN High Commissioner…

While Southwest India, in the Kerala region, records a high number of coronavirus infections (more than 13 thousand cases per day) both in rural and urban areas, and the mortality rate increases, the…