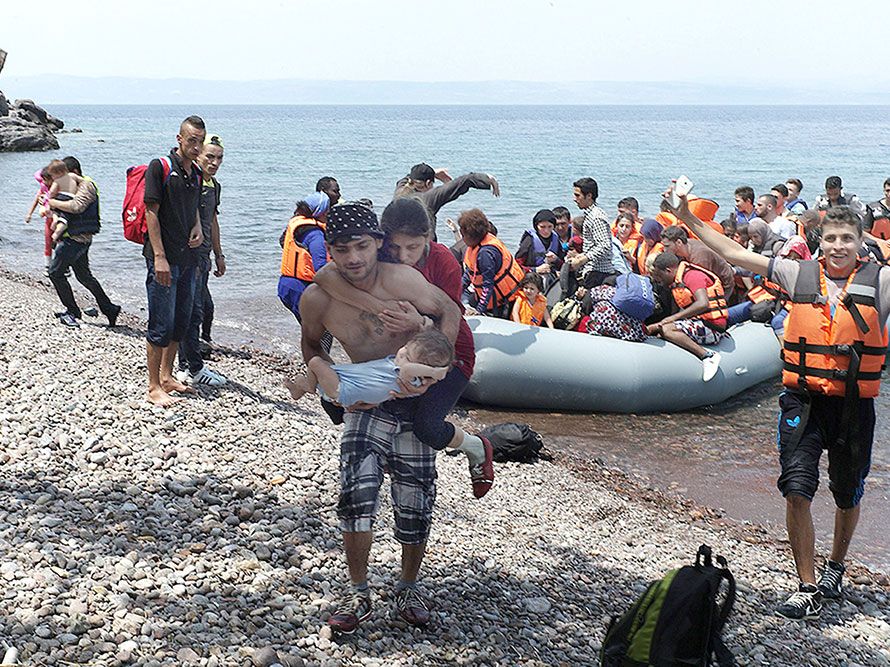 As the number of people driven from home exceeds 60 million for the first time, U.N. refugee agency sounds alarm over failure of nations to find collective solutions. A record 65 million men, women and children were forced from their homes by war and persecution last year, leaving one in every 113 people a refugee, internally displaced or seeking asylum at the end of 2015, according to the UN.

Although the total includes 21.3 million refugees and 3.2 million people awaiting asylum decisions, the overwhelming majority of the displaced – 40.8 million – are exiled from their homes within the borders of their own countries.

The UNHCR said the figures had increased by more than 50% over the past five years as levels of displacement reached their highest since the aftermath of the Second World War. The organization added that it knew of no precedent for the level of risk posed by displacement on such a massive scale.

While forced displacement has been a growing phenomenon in most regions for the past 20 years, the agency says three factors are driving the current increase in numbers: conflicts, such as those in Afghanistan and Somalia are lasting longer, fresh or familiar violence is breaking out or re-erupting frequently in countries such as South Sudan, Burundi, Yemen, Central African Republic and Ukraine; and the world is taking longer to figure out what to do with displaced people.

PHILIPPINES: Ready For “The Year Of Youth”

2019 will be the “Year of Youth” that will be solemnly opened on December 2, 2018 in Manila. “The celebration of the Year of Youth will be an occasion for experience, sharing, prayer, proclamation of…

Ahead of the Pope’s visit to Mozambique, the country’s president and the leader of the Renamo opposition have signed a peace agreement to end armed hostilities, almost three decades after the end of a…