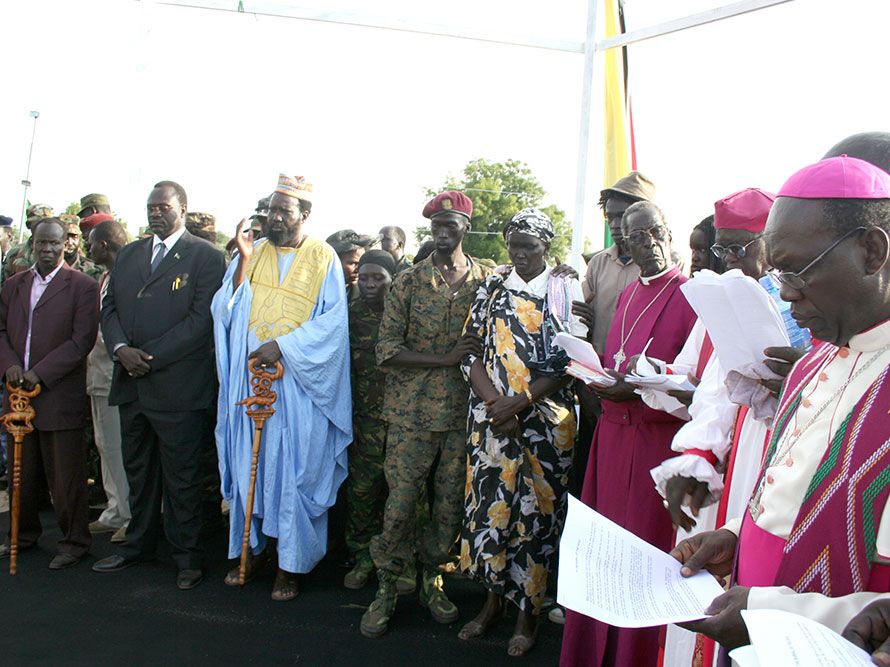 Fr. Taban spoke out after ethnically diverse Wau descended into violence lately with serious fighting between armed opposition and government soldiers. Thousands of people have been displaced and dozens killed amid reports of ethnic targeting of civilians.

He directed his fury at the government for its alleged role in the violence and for removing the recently appointed governor, who had sought to calm the situation but was removed by presidential decree.

"More than 100,000 people are in the bush being displaced by their own government. This is the country we have voted for its independence so that our country displaces us. We have to be very clear: We are ruled by monkeys," said Fr. Taban.

He was referring to the new governor Andrea Mayar, who was impeached as speaker of the legislative assembly in Wau last year but appointed governor in a late-night decree recently just hours before serious fighting erupted on the outskirts of Wau.

"They are eating and drinking and sleeping. Devils! These are devils! We are ruled by devils. And we are very sorry for them," Fr. Taban said. "We don't want to call fire on them because we will go against Christ. But they have to understand that they are devils. They are criminals. Praised be Jesus Christ," he concluded.

Mozambique’s President, Filipe Nyusi (in photo), says that he will not allow the country to be blackmailed by sponsored terrorists, of Cabo Delgado, into another deadly war. President Nyusi made the…

New statistics released by the Vatican’s Central Office for Church Statistics show that Africa has had the highest growth rate of baptized Catholics compared to other continents.