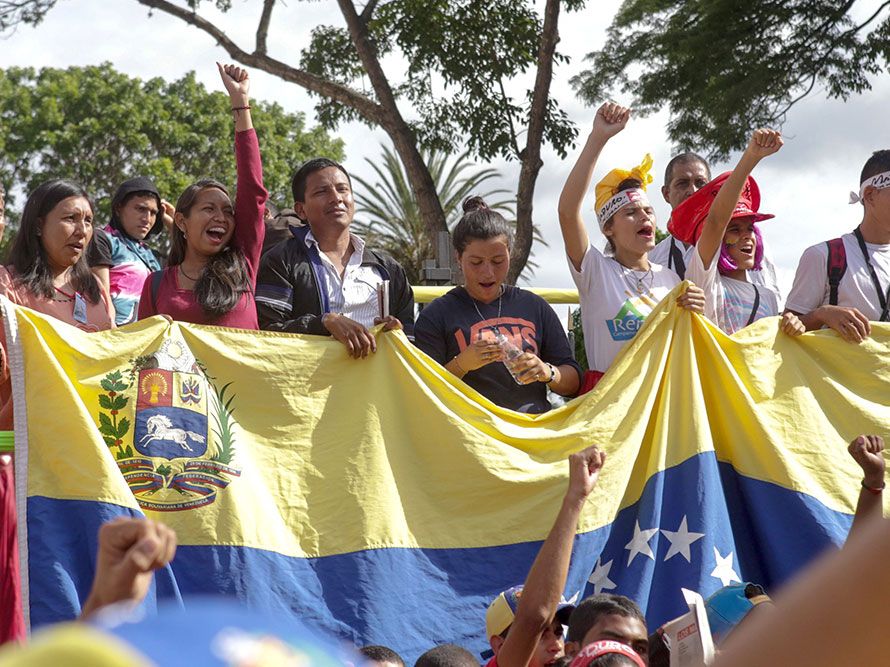 The economic crisis in this country has exploded into a public health emergency, claiming the lives of untold numbers of Venezuelans, and there are chronic shortages of antibiotics, intravenous solutions, even food. Children die in public facilities every day, maternity wards are without electricity and doctors keep ailing infants alive by pumping air into their lungs by hand for hours.

Hospitals do not have any more beds and patients are forced to sleep on the floor. The hospital has no fully functioning X-ray or kidney dialysis machines.

There are no gloves, soap, cancer drugs, which are found only in the black market. The doctors wash their hands with mineral water bottles. Given the shortage of electricity, the government is working only two days a week to save what remains. The rate of death among babies under a month old increased more than a hundredfold in public hospitals run by the Health Ministry. The rate of death among new mothers in those hospitals increased almost five times. In recent days, in the port city of Barcelona, two premature infants died on the way to the main public clinic because the ambulance had no oxygen tanks.

MYANMAR: Call For Effective Pressure On The Military

“One year after the military seized power, the people of Myanmar–who have paid a high cost in both lives and freedoms lost–continue to advocate relentlessly for their democracy,” UN High Commissioner…

Authorities in China are detaining Christians in secretive, mobile “transformation” facilities to make them renounce their faith.