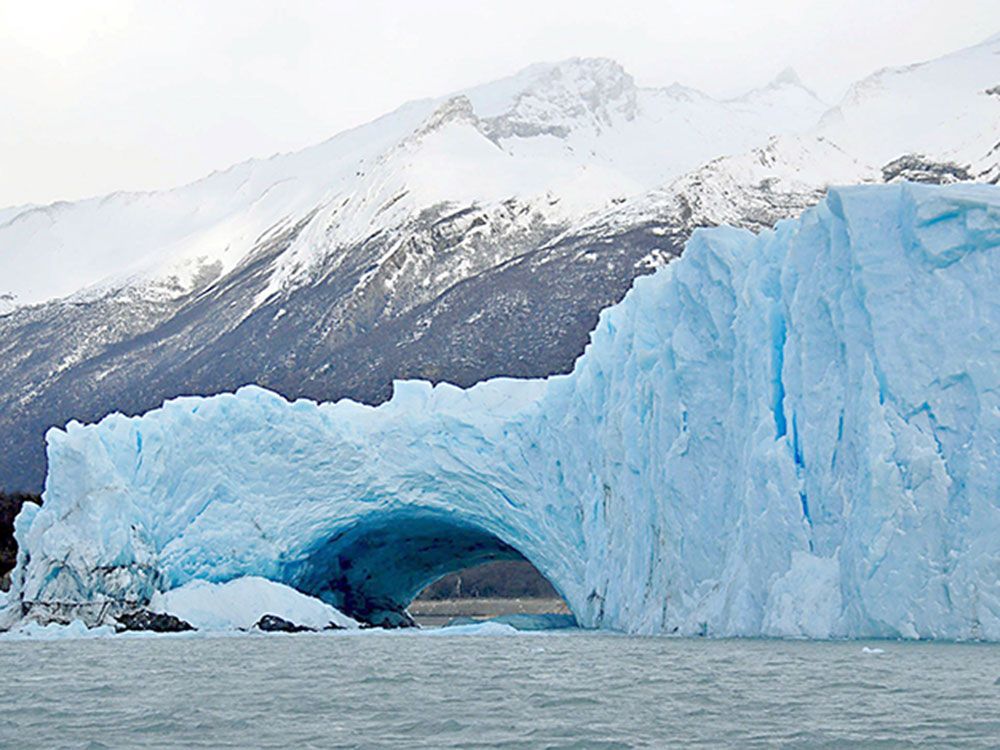 Global warming is already producing destructive effects that disproportionately afflict poor people around the world, threatening their very lives. However, we must also keep in mind that, as the earth’s temperatures continue to rise, everyone in the world will eventually be threatened.

To understand the devastating impact that climate change is already having on the poor of the world and how that impact portends ever increasing damage in the future, we need to understand that continuing global warming is at the root of many other factors that destroy lives.

The temperature is indeed rising on both land and in the oceans. The last median annual global record for cold was set in 1911, i.e., the average temperature of the whole planet over a full year was lower than any year since temperatures were reliably recorded from the 1890s. But global heat records are ever more numerous.  Fifteen of the 16 warmest years on record have occurred in this 21st century.  The last three years have all set new global heat records.

What is happening?
All over the world, ice is melting at an ever-increasing rate.  The most visible sea ice melt takes place in the Arctic Circle. This creates, what scientists call, a warming “feedback loop.” Ice, especially when covered by fresh snow, reflects up to 90% of the sun’s energy.  Open dark seawater absorbs up to 94% of the sun’s energy.  Once the “ice shield” has been removed from Arctic waters, both oceanic and atmospheric warming increases. This is one of the reasons why the Arctic Circle is warming much faster than the rest of the globe.

The Inuit and other people, who live in and near the Arctic Circle, are losing their capacity to hunt for seals, walrus, small whales, caribou, polar bears and muskoxen, as well as to catch fish. They depend on stable ice to provide hunting grounds and for ease of movement.  Inuit villages are placed near the ocean shores but the heavy sea ice, that once protected the shores from powerful ocean waves, is disappearing.
Now, without thick ice to block them, strong waves are eroding the coastlands so rapidly that shorelines are shifting, even tens of meters a year in some areas; small islands are disappearing. Whole villages have had to move farther inland or even to abandon peninsulas and islands altogether. Everywhere, the melting of the permafrost prevents them from building stable homes.

Tens of millions of people live along the coasts of the oceans in areas that are only a few meters above sea level. Poor working people live there because the sea is their livelihood or because land elsewhere is too expensive for them to purchase.  The sea level is rising each year at an increasing rate that varies in different parts of the world, threatening the homes of these people.

Rising and warming oceans
The level of the oceans is rising for two basic reasons.  First, the water from melting glaciers eventually ends up in the oceans.  Glaciers are melting almost everywhere in the world, on high mountains on every continent; even the massive glaciers in Greenland and Antarctica are dissolving at an increasing rate.  Second, water expands as it warms, as do most materials.  The oceans are absorbing the greatest amount of the growing warmth trapped by greenhouse gases and are warming at an alarming rate.

The rising oceans are already forcing people to move away from some of the “small island states” in the Pacific Ocean as well as from extensive low-lying river deltas and coastal plains all over the world. Other areas that are still habitable suffer from occasional “nuisance floods” caused by unusually high tides and strong winds. This type of flooding will also increase in frequency and severity as the ocean rises.
As the oceans warm and as increasing amounts of CO2 are absorbed by the oceans, acidifying the water, coral reefs that shelter a third of all species of saltwater fish are being destroyed. All around the world, fish and other edible sea creatures are migrating to seek more suitable habitats. In addition, phytoplanktons that constitute the base of the ocean’s food chain in the ocean are in decline. Millions of fishermen who depend on fishing locally to make a living are losing their livelihood. We should also note that, through photosynthesis, phytoplanktons create more than half of the world’s oxygen so their decline is a long-term threat to all human life.

More powerful storms
When the oceans warm, the air above the oceans also warms. More water evaporates, creating greater humidity.  Greater warmth and humidity over the oceans make storms more powerful. The winds are stronger and the amount of water that falls as precipitation can be astounding.

Again, it is often the poor who have their houses on lower-lying ground. When rains are so massive, floods can occur on land that was not previously considered a flood plain. People who live in such areas do not normally purchase flood insurance; when their homes are destroyed they lose everything.  Higher than normal snowfalls also make it difficult for people to reach schools, jobs, etc. for many days or weeks, and can cause spring flooding.

Storm surges are becoming larger and more destructive, creating a more unpredictable threat to people who live on coastal plains, river deltas and small island states. Just before Typhoon Haiyan/Yolanda struck the Philippines in November 2013, the waters of the Pacific from which the typhoon drew its energy were about 30°C, well above average ocean temperatures. The resulting storm surge was incredibly high and strong, destroying most of what lay in its path. Thousands of people died.

Frequent drought and flooding
Drought and flooding are both becoming more frequent and prolonged, sometimes in the same areas.  Both destroy cropland, especially when droughts and floods alternate in the same area.  It is even worse when prolonged drought leads to wild fires that destroy vegetation; subsequent floods wash away the soil and sometimes create enormous landslides that destroy everything in their path.  Prolonged droughts also lead to depleted ground water and aquifers, even if people have not been over-using wells to make up for the lack of rainfall.

Poor subsistence farmers are the most vulnerable to these disasters. In heavily-populated India, climate change is already altering the patterns of monsoon rainfall, leading to both drought and less ground water for farmers.

Tens of millions of people around the world depend on mountain glaciers for their water supply in warm weather. As the glaciers shrink and as fresh snow melts earlier in the spring, these people are losing their most reliable source of fresh water in hot weather when they need it most. They are also exposed to more floods in the spring and to more landslides.

Extreme heat
People living in large cities are especially vulnerable to heat waves and night heat. More extreme heat increases the threat of heat-related illnesses, such as heat stroke, and breathing difficulties due primarily to increasing levels of ozone and persistent pollution in stagnant air. The poorest people do not have air-conditioning or even electric fans.

Climate change reduces the nutritional value of food.  Increasing levels of CO2 lower the ratio of protein to starch in many grains; in excessive heat, many crops absorb less micronutrients from the soil. People who depend entirely on local subsistence farming for their nutrition are the most vulnerable.

As the climate warms, insects that carry diseases, such as mosquitoes and ticks, increase in number and extend their range. As a result malaria, dengue fever, the West Nile virus, Chikungunya fever, Zika, Lyme disease, Rocky Mountain spotted fever, Powassan virus, Ehrlichiosis and Tularemia are all spreading to new areas where they did not exist previously. Deadly fungal infections, such as Candida Auris, and water-borne infections, such as vibrio bacteria, are also spreading. Toxic phytoplankton that blooms in water have become more frequent. People without adequate access to medical care are most at risk.

“Climate refugees”
The bottom line is that more and more people are losing their access to productive arable land, adequate water supplies, productive hunting grounds and productive ocean livelihoods. Diseases are a growing threat to their health. They are forced to flee from their homes, seeking desperately to survive elsewhere.

But as they migrate in search of better living conditions, they clash with the people already occupying the areas to which they flee. There are 65 million refugees and displaced people in the world today.  There will be many more millions of “climate refugees,” and there will be many more wars over land, water and other resources.
The bitter fruits of climate change do not have to worsen rapidly. We know what we have to do to slow it down in order to avert total global disaster. Will we have the wisdom, intelligence and foresight to act now before it becomes too late for hundreds of millions of people and, down the line, perhaps for all of humanity?