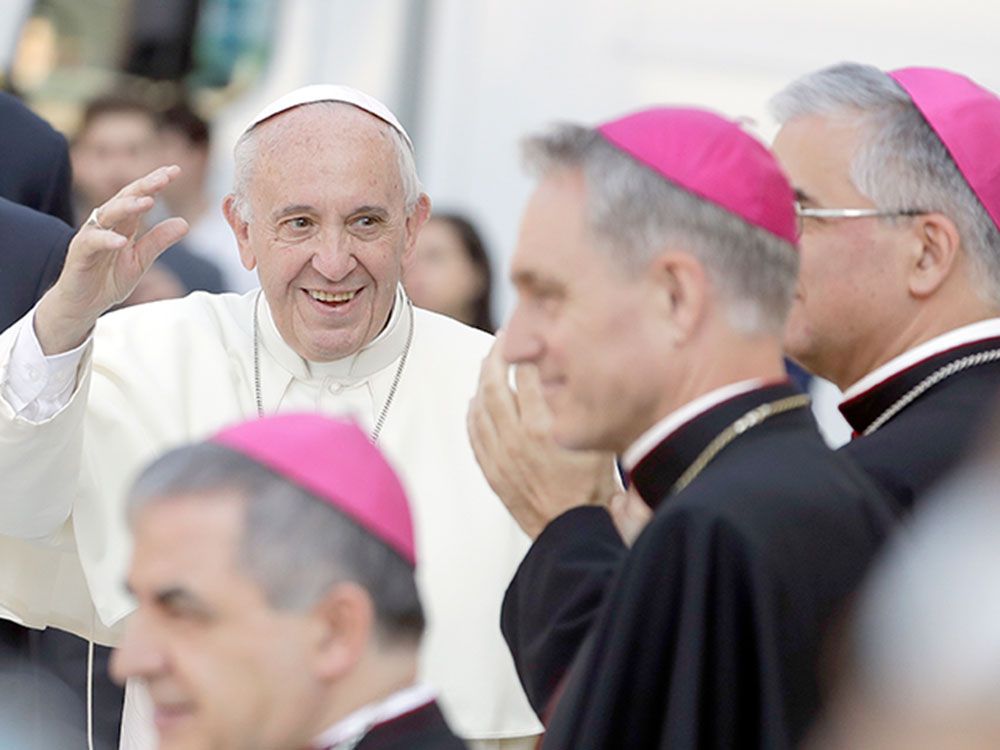 Francis flew by helicopter to Bozzolo, near Cremona, to pray at the tomb of Don Primo Mazzolari. Don Primo, who died in 1959, was an anti-fascist partisan during World War II who, like Francis, preached about a “church for the poor.”

Afterward, Francis flew to Barbiana, near Florence, to pray at the tomb of Don Lorenzo Milani, a wealthy convert to Catholicism who founded a parish school to educate the poor and workers. He died in 1967.

Both priests were considered 'rebels' in their lifetimes and were censured by Vatican authorities for their writings. By honoring them with his brief visit, Francis sent the church a message of the type of priest he wants today: simple, guided by Gospel values, devoted to the poor and uninterested in careerism.

The Argentine Pope recalled Mazzolari’s exhortation that a priest’s job isn’t to demand perfection from the faithful, but to encourage them to do their best. Quoting Mazzolari, he said: “Let us have good sense! We don’t need to massacre the backs of these poor people.”

Mazzolari’s social activism got him in trouble with church authorities: for a time he was forbidden from preaching outside his diocese without permission, and a magazine he founded was so controversial that the Vatican suspended its publication in 1951.

ETHIOPIA: A Plea For Peace

A Catholic missionary has sent out a plea for peace from war-torn Ethiopia. The missionary, who cannot be named for security reasons, spoke about the situation in Northern Ethiopia, where the conflict…

Pope Francis has said that men who commit violence against women engage in something that is “almost satanic.” He made the comment during a program broadcast in which he conversed with three women and…