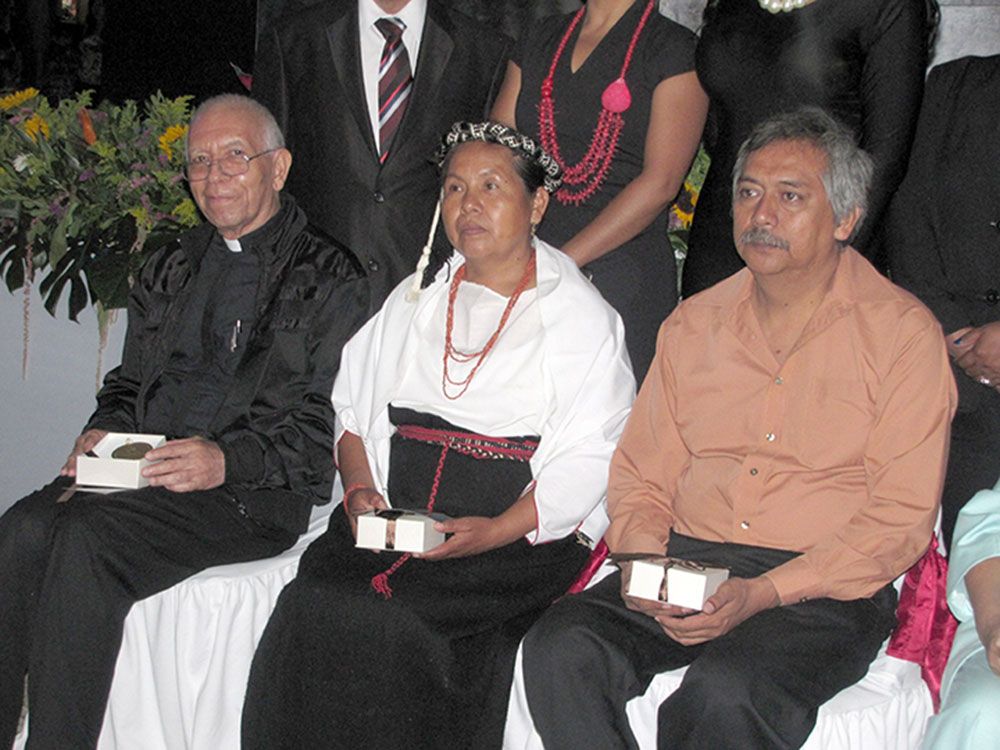 An indigenous woman is running for presidential elections in 2018. The voting that has just been held in Mexico among the delegates of the National Congress of Indigenous People (INC), a party which has been fighting for the rights of indigenous minorities for 20 years, gave reason to Maria de Jesus Patricio Martinez, nicknamed “Marichui,” (in photo, at the center) a leader who is very much in sight in her community.

Marichui is a traditional doctor and works in her community, Nahua, in the municipality of Tuxpan, Jalisco (on the western coast). In her electoral program, what stands out is her will to extend the action of her movement even in the most remote corners of the country, as well as to make the Indigenous Government Council an autonomous body.

In general, Marichui intends to make efforts to strengthen the achievements of these years, but also to reduce discrimination and injustice, such as the confiscation of land.