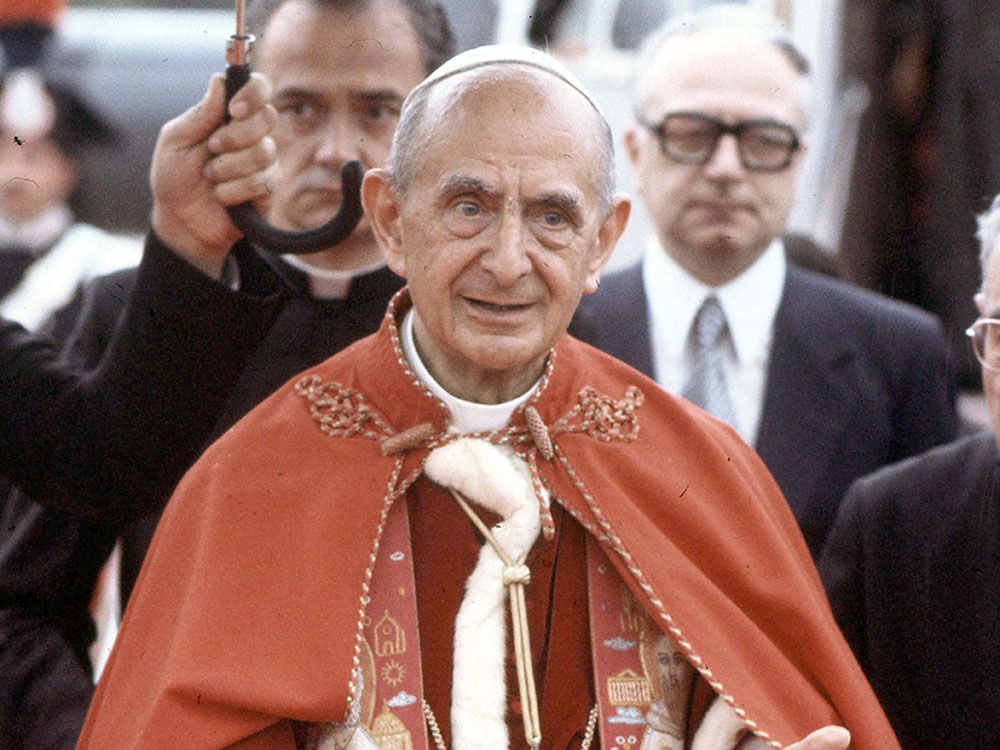 Since Saint Peter left Palestine for Rome, no pope had visited the land of Jesus. Popes had dispatched envoys, emissaries and even Crusader armies to it, but it was only Paul VI who decided, 1,900 years later, to go back to the Holy Land as a symbolic return to the origin of Christianity.

At the end of the Second Vatican II session, on December 4 1963, Pope Paul VI made a surprise announcement to the Council Fathers: “I would now like to communicate something to you that we have had our hearts set on for some time…After much reflection and having prayed a great deal to the Lord, we have decided to undertake a pilgrimage to that land which was the home of our Lord Jesus Christ … in order to recall the main mysteries of our salvation, that is incarnation and redemption.”

“We will see that time-honored land,” Paul VI said, from “where St. Peter started off, a land to which none of his successors ever returned. We will return there in a spirit of devout prayer and spiritual renewal to pay the humblest and briefest of visits and offer Christ His Church; to bring our separated brothers back to the one and holy Church; to ask for divine mercy, in the name of peace.”

The Pope’s journey was essentially a pilgrimage to the Holy Land, the focal point of reverence and travel for adherents of all the Abrahamic faiths. Christian leaders and the faithful have visited Jerusalem since at least the fourth century, encouraged by Emperor Constantine and his saintly mother Helen, recognizing its association with the early apostles, saints and martyrs.

Most especially, its significance comes from the fact that it is the place where God’s feet once walked when His “Word assumed flesh and dwelt among us” (John 1:14). So, too, Pope Paul traveled to Bethlehem, where Christ was born, Nazareth, where Christ grew up, and Jerusalem, where Christ died and rose again.

A pioneering ecumenical encounter
Nevertheless, the “pilgrim pope” was also the “ecumenical pope.” On January 5, 1964, Pope Paul VI met with Ecumenical Patriarch Athenagoras on the Mount of Olives. It was the first time the Western pontiff and the Eastern primate, the Pope of Rome and the Archbishop of the New Rome, Constantinople, met face-to-face since 1438 at the Council of Florence.

And the venue for the encounter was on the Mount of Olives, the very place where our Lord Jesus Christ, the Great High-Priest, addressed His Father on the night of His betrayal, for the unity of His followers, boldly and passionately praying that “His disciples may be one” (John 17:21).

The melting away of silence
The main contact of the momentous event was held in the Apostolic Delegation residence on the Mount of Olives where the Pope awaited and received the Patriarch. The two leaders embraced one another in a gracious historical gesture that – to quote the official report submitted, subsequently, to the Holy and Sacred Synod on January 20, 1964 – “melted away centuries of silence between their respective Churches.”

“A milestone and the dawn of a new Christendom was consecrated at that moment, when the attention of the entire Christian world was focused on the city of love and reconciliation, while the hearts of all well-intentioned people were beating in anticipation as they waited to hear the message of unity and fraternity in Christ.”

Pope Paul VI addressed the faithful, gathered at St. Peter’s Square to welcome him back to Rome on January 6, 1964, in this way: “You must appreciate that my trip was not just a unique spiritual event. It has proven to be an event of great historical significance. It is a link in the eternal chain of tradition. Who knows? It could also be the herald of new events of great and abundant benefit to the Church and humanity.”

Healing relationships
With that historic trip, the era of the stay-at-home pope came to an end. It disappeared for good when the globe-trotting John Paul II became pontiff in 1978. Still, it took John Paul more than two decades as pope, and trips to dozens of other countries, before he appeared in the Holy Land in 2000. When he did, it was a huge success. The Pope was warmly embraced by Israelis as he declared that the Catholic Church was “deeply saddened by the hatred, acts of persecution and displays of anti-Semitism directed against the Jews by Christians at any time and in any place.”

He also went to Yad Vashem, the Holocaust Museum, and placed a letter in a crack in the Western Wall, the holiest site for Jewish worship. Likewise, Muslims welcomed the Pope with enthusiasm as he toured the West Bank and called for a Palestinian state. The Pontiff reached out to both Jews and Muslims on his trip and was warmly embraced.

His successors Benedict XVI and Francis, have also visited the Holy Land, reaching out to Jews and Muslims. These papal trips speak of the way the Church is attempting to reach out, not only to Catholics, but to other faiths as well. Pope Francis has written: “To return to the origin is not bending over the past but strength for a courageous new beginning aimed at the future.”

A wake-up call to the world

Pope Francis visited the tiny island of Lampedusa in 2013 to honor the immigrants who died at sea. The Pontiff’s visit made headlines around the world for bringing up the issue of immigration in a…