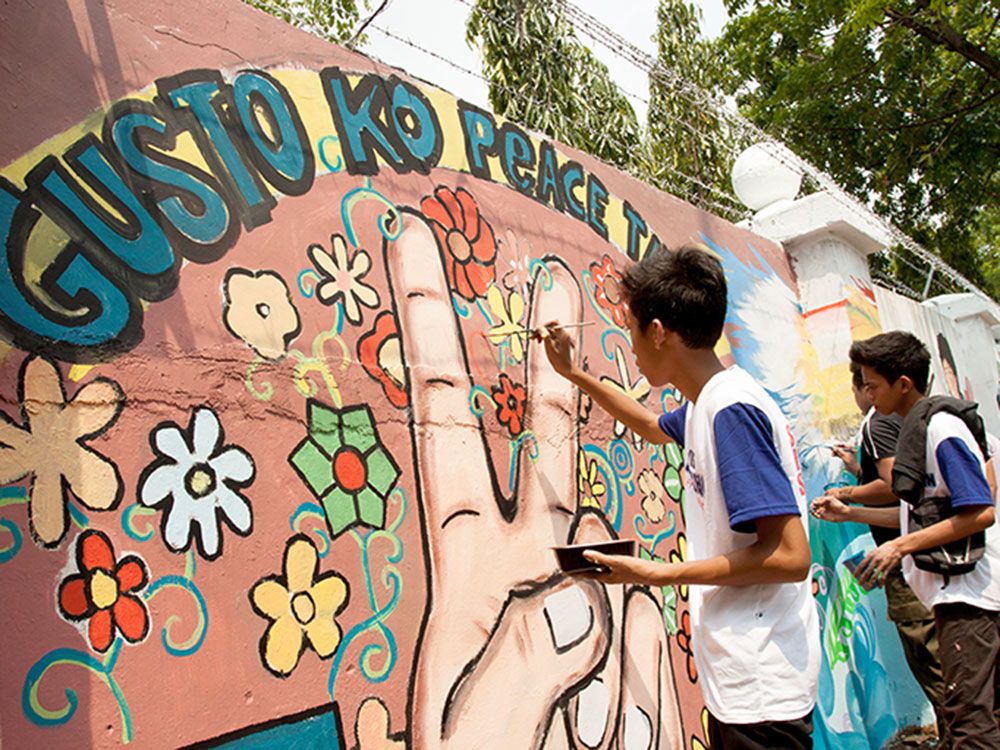 Saying no to war

While in the U.S. Army, the author of this piece realized that he was training to kill people, something that could not match up with his nonviolent principles. He, then, decided to appeal to the military authorities for discharge as a conscientious objector. After a certain process, he was finally granted the conscientious objector status.

Many years ago, as a young man in my 20’s, I found myself in the midst of U.S. military basic combat training at Fort Dix, New Jersey. While firing my M-16 weapon at life-like pop-up targets, it occurred to me the Army was not training me to hit pop-up targets but was training me to kill some poor guy like me, in a far-off country who got caught up in the propaganda of his own country’s war machine.

I came to realize this was all wrong. And I knew that, in my desire to imitate the nonviolent Jesus, I should kill no one. I spoke to my drill sergeant about these deep anti-war feelings I had and my desire to apply for conscientious objector status. He urged me to wait until I completed basic training and apply for CO status when I arrived at Fort Benjamin Harrison, Indianapolis, for Advanced Individual Training.

At Fort Harrison, I was being trained as a broadcaster for Armed Forces Radio in Germany. But that inviting future did not deter me. My broadcast instructors tried to convince me that the chances of my having to shoot someone from a radio station were extremely remote. And although they were technically correct, I knew my role as a military journalist and radio disc jockey would be to boost the morale of those who would be pulling the triggers and dropping the bombs. And I knew that I could have nothing to do with this unholy enterprise.

In my appeal for discharge as a conscientious objector, I had to write a research paper stating my position from the perspective of Catholic teaching on war.

Unfortunately, since the Catholic Church for the last 1,700 years has not been a totally traditional peace Church – renouncing all war – like the Amish, Mennonites and Church of the Brethren – it made my case much more difficult. However, since total active nonviolence is at least a part of Catholic doctrine, as clearly exemplified by the first 300 years of its history, I was able to make my case.

After undergoing cross examinations by a military officer and psychiatrist, being interviewed by three army chaplains, and having my appeal go up and down the chain of command several times, it was finally ascertained that I was a sincere conscientious objector, and I was granted an honorable discharge.

My experience in appealing for conscientious objector status was relatively painless. But many Christians have suffered harsh prison sentences like the late Catholic American Ben Salmon. And some CO's have even been executed, like Austrian Blessed Franz Jagerstatter, rather than take the lives of others.

On the evening of that first day of the week,” according to the Gospel of John, “when the doors were locked, where the disciples were … Jesus came and stood in their midst and said to them: ‘Peace be…

This year, 2020 is the most challenging time of survival. The virus broke out when we least expected it. However, we still find reasons to be thankful. As we celebrate Christmas, let’s rejoice, for it…