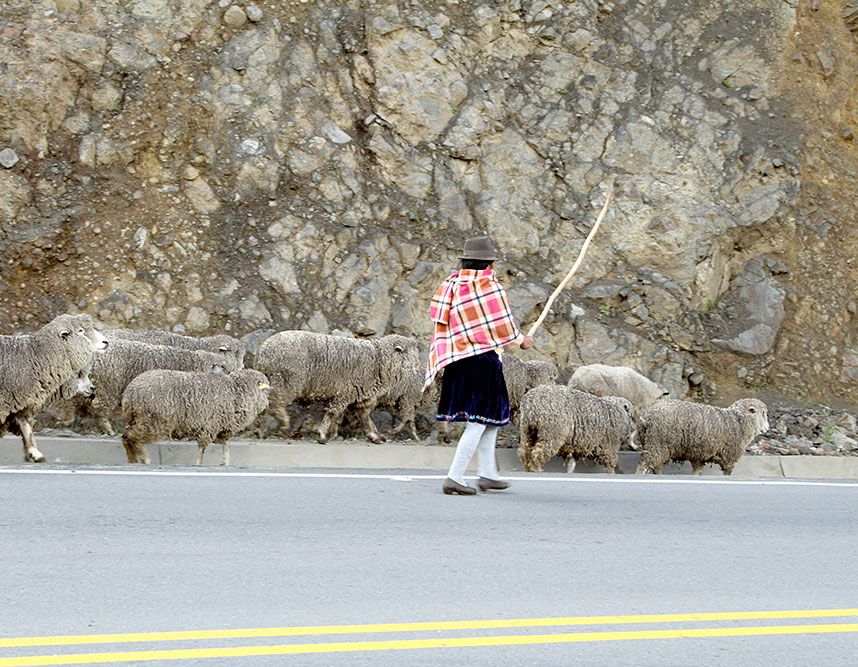 People involved in the Church’s mission imitate the Good Samaritan – they see those who are in need, give them their attention and take care of them. In doing so they keep the command of Jesus “Go and do the same yourself.”

And surely we can have  a positive image of ourselves because God who made us in His own image has a marvelous relationship with each one of us; a relationship through which He loves us the way we are and transforms us into the image of Jesus Christ.

As for mission, the Father gives us the Holy Spirit, asking us to trust in His power rather than in our own human strength, and to cooperate with Him who leads us towards three great encounters with the Crucified Jesus, the Risen Lord and the world.

The Crucified Jesus, in whom salvation is offered to all and about whom Paul proclaimed with determination: “For I decided to know nothing among you except Jesus Christ and Him crucified” (1Cor 2:2). The Crucified Jesus who is the heart of salvation and of mission!

The Risen Lord who is actively present in the Church and in the world as the Good Shepherd whose Heart remains open to give opportunity to all people to enter and find there consolation, strength and salvation.

We embrace the broken world as it is, dirty because of many evils and with its suffering humanity, while acting in solidarity with those who struggle to pass from darkness to light, from death to life.

Do Not Be Afraid
As we do that, the Risen Lord tells us not to be afraid. As a matter of fact, He delivers us from fear and gives the power to spread serenity around us in order to help other people overcome their fears.

Father Cesare, an Italian priest who died recently, wrote in his last will for his brothers in priesthood and for all, says: “Don’t be afraid, don’t cause fear in others and act to free people from fear.”

Jesus also shares with us His passion for the salvation of all. He is present even when the whole world seems to be hit by a heavy storm and we have the impression He is not there. He is there, but not to solve the problems we encounter all at once according to our own expectations. Saint Catherine of Siena says: “He gives Himself to us and doing that, He gives us everything.”

Giving us courage, the Risen Lord asks us to be good Samaritans in the world. I am writing this article after having had a beautiful week of reflection and prayer. Meditating upon Luke 10:30-37 during that week, I felt Jesus was telling me: “All who are involved in the Church’s mission should have the attitudes of the Good Samaritan.” I would describe them using three verbs: see, stop, touch.

The Good Samaritan saw the half dead man who was robbed and beaten up. He allowed the man’s wounds to pierce his own heart. He stopped to do all he could to take care of that brother in need and touched even his wounds, going beyond any fear of contagion.

November 19 has been declared by Pope Francis as the first World Day of the Poor. This is to make us reflect that the only way to uplift the lives of the poor is to see them as Jesus Christ sees them,…

Faced with an escalation of repression, the Church continues to use its parishes and pulpits in defense of the oppressed. For this, it is paying a high price with continuous harassment of spiritual…