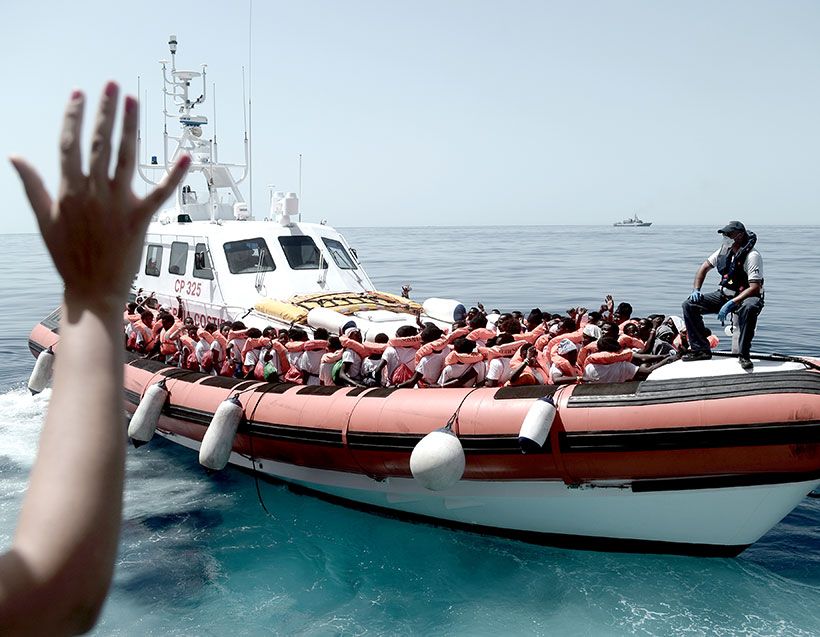 The Migrants Who Seek A Welcome

The turning away of 629 migrants by Italy and Malta signals a growing trend of discrimination and rejection of the poor and wretched from the Middle East and Africa by Europe and the U.S. Yet Spanish authorities opened their frontiers to welcome them in an act of solidarity.

The rescue ship Aquarius, with 629 migrants saved from a perilous journey escaping the hardship, hunger, poverty and unjust imprisonment in their own countries and Libya, are following a hope and dream of a better life.

Whereas there are many caring people of compassion in European countries, America and Canada, there are many more who are exclusionists living in selfish fear and harboring racist attitudes.

The 629 unfortunate migrants have been turned away from Catholic Italy and Malta where the electorate has chosen leaders implementing an anti-migrant policy. Hungary, Romania and Poland are banning migrants in the name of keeping their “Christian culture pure and untainted”. Austria and Italy are following these exclusionist policies. It is a big setback for human rights and the EU.

It is the people of Spain that have opened their doors and welcomed them, provided them shelter, and extended support. Such hospitality is a powerful act of human goodness that encourages and enables strangers to feel welcome, to hope and believe in the goodness of human nature open to peaceful co-existence.

The others who rejected them and are deporting many more have abandoned their international obligations and humanitarian duty. They are hardhearted and uncaring. Who cares about such hypocrisy and ignorant uncivilized attitudes? But we all should care.

Unless we open our hearts and welcome the refugees and migrants we will be closed to caring, compassion and love. By having love for the stranger we will truly have a healthy unselfish love for all.

The migrants are the throwaway people ignored by better off nations whose forebears invaded and occupied their lands, made them their slaves, shipped 13 million of them to the Americas and in the modern era, made them into underdeveloped colonial dependents. They exploited their people, stole their raw materials, and impoverished them.

Today, the neocolonial control perpetuates this exploitation, tolerates it, and even encourages corrupt dictators and tyrants in order to allow the exploiters to continue their oppressive business policies through multinational corporations. The lavish praise of Trump heaped on the most brutal dictator Kim Jong Un is just one more example.

Openness To Migrants
Compassion, openness to strangers, empathy, friendship, hospitality for migrants and refugees have never been more necessary than today. It is a truly tragic and horrific situation in the Middle East and Africa where thousands of non-combatants, mostly women and children, have been bombed, burnt, mutilated, beheaded, raped and murdered. Many hundreds of girls and women have been kidnapped and sold as sex slaves by the ferocious merciless fighters of terror groups who have massacred many innocent people.

That and overwhelming poverty and corruption is driving the migrant poor to look for a better life. Risking all on a rubber dingy in the Mediterranean is an act of utter desperation, courage and bravery in their struggle to escape evil and live again. We should give them that chance.

Under India’s caste system, the Dalits or “Untouchables” clean dry latrines, sewer lines and septic tanks. For his crusade against this inhumane work and for helping manual scavengers to take on more…