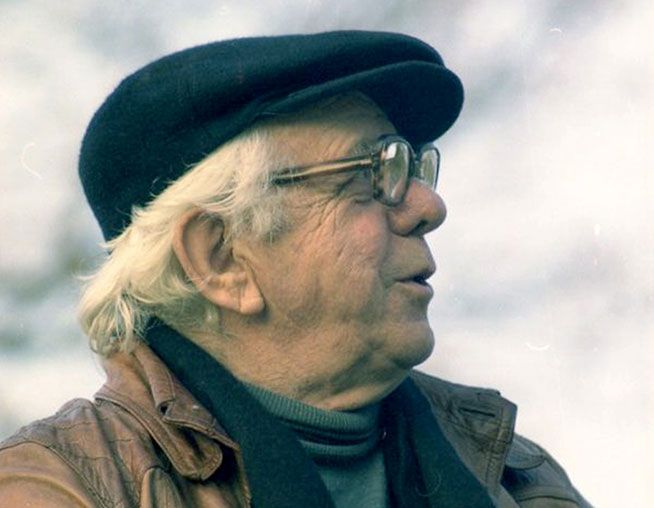 On May 10, Pope Francis visited Nomadelfia, the small town where “brotherhood is the law”. This example of Christian utopia, inspired by the community of the Acts of the Apostles, is the dream of a prophetic figure of priest, Fr. Zeno Saltini, an example of “holiness in the neighborhood” about which Pope Francis wrote in his last apostolic exhortation.

Zeno Saltini was born on August 30, 1900  near Modena, Italy, in a patriarchal family. They were well off and he was troubled by the discrimination of the poor. He later wrote: “Already as a child, I noticed a terrible social difference. Only the sons of the rich could go on with their studies. I had a bicycle, the family doctor, fine clothes. The son of the prostitute was looked down on. I was disgusted of being different. Why? Aren’t we all children of God?”.

At 14 years of age, Zeno refused to continue his studies, stating that the school taught things which did not affect life, and went to work on his family’s land. He lived with the workers and became familiar with their miseries and their aspirations. During the period in which Zeno was a soldier in the National Service in Florence, he had a brutal encounter with an anarchist in the presence of other soldiers.

The anarchist sustained that Christ and the Church were obstacles to human progress. In the midst of the other soldiers’ whistles, mostly in favor of the anarchist, Zeno decided: “I will answer him with my life. I will change civilization by first changing myself. For the rest of my life, I want to be neither a servant nor a master”.

He decided to study law. He received his college degree at the Catholic University of Milan. As an attorney, his intentions were to help those that could not afford to pay for a counselor. Soon after he realized his mission was to prevent people from falling into misfortune and decided to become a priest.

The Priest’s “Son”
He was ordained in 1931 and he celebrated his first Mass in the cathedral of Carpi. At the altar, there and then, he took Danilo, a 17-year-old boy who had just been released from prison, as his son. Later, Fr. Zeno welcomed abandoned children as his own and founded the “Little Apostles”. In front of God, he swore never to form a college, but to keep them as in a family.

World War II broke out. In 1941, a young student named Irene ran away from home and asked Fr. Zeno if she could become “mother” of the “Little Apostles.” With the approval of his bishop, Fr. Zeno entrusted the youngest children to her care and hence was the beginning of a new and virgin motherhood. Other young women soon followed in Irene’s footsteps and became known as “mothers of vocation.” Other priests joined Fr. Zeno and together lived in community.

Nomadelfia Is Born
After the war, in 1947, the “Little Apostles” occupied the ex-concentration camp in Fossoli, near Carpi, to build their new town. As they tore down walls and fences, in addition to the “mothers of vocation”, new families were formed by newlyweds who asked Fr. Zeno’s permission to take in abandoned children and raise them as their own.

On February 14, 1948, the constitution was signed at the altar and hence the “Little Apostles” became Nomadelfia, which in Greek means the place where “brotherhood is the law”.

Eight hundred of the more than one thousand Nomadelfians who made up the community at this time were abandoned children, many of whom were in need of medical treatment. The economic situation became more and more difficult and some used this as an excuse to dissolve Nomadelfia.

In1952, the Holy Office ordered Fr. Zeno to leave Nomadelfia and he obeyed. Since the Nomadelfians had been forced to leave Fossoli, they looked for shelter in Grosseto on four hundred hectares of land that had been donated by a pious woman. There, most of them lived in tents. Although Fr. Zeno was far from his children, he continued to provide for them. But that was not enough. He then reached an extreme decision.

“Holiness In The Neighborhood”
In 1953, Fr. Zeno asked the Pope’s permission to temporarily leave priesthood in order to return to his children. Pope Pius XII granted him secularization “pro gratia” (as a favor). At this time there were about 400 Nomadelfians. The founder’s presence contributed to overcome the crisis. In 1961, Nomadelfia became a civil association and drew up a new constitution.

At this point, Fr. Zeno asked the Holy Father’s permission to re-enter priesthood. Nomadelfia was made a parish and Fr. Zeno was nominated the parish priest. In 1962, he celebrated his “second” first mass. He died in Nomadelfia on January 15, 1981. On Sunday, May 21, 1989, Pope John Paul II visited Nomadelfia.

In recent times, Pope Francis has visited the places of other Italian priests famous for their prophetic action sometimes opposed even by the Vatican, but whom time has revealed as prophets: Fr. Primo Mazzolari, Fr. Lorenzo Milani and bishop Tonino Bello. Their legacy is an asset for the Church: they represent that “holiness in the neighborhood” about which Pope Francis has written in his last apostolic exhortation Gaudete et Exultate.”

From Reform to Renewal

Gifted with extraordinary intelligence, clarity of expression and deep spirituality, Cardinal Suenens (1904-1996) played a pivotal part during Vatican II, aiming at the reform of the Church. Later he…