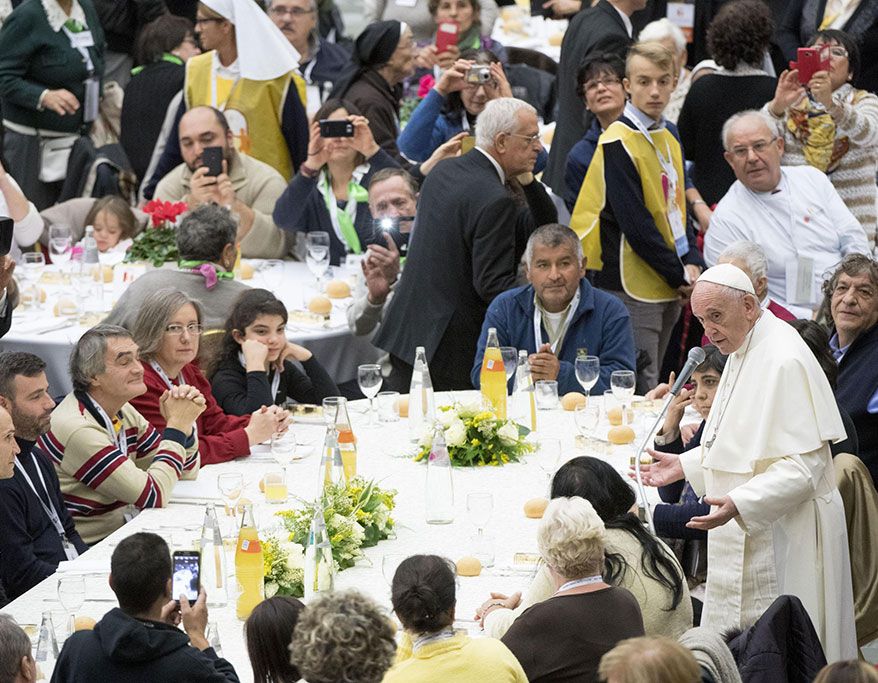 POPE: Message For World Day Of The Poor

Pope Francis says Christians are urgently called to manifest their faith by giving “a sign of neighborliness and relief in the face of the many forms of poverty” that afflict our world, and at the same time honor them “who are the real presence of Jesus in our midst,” writes Linda Bordoni in the Vatican News website.

In a message released for the 2nd World Day of the Poor to be celebrated  on November 18, Pope Francis said we live in a world “which praises, follows and imitates those who have power and riches, while at the same time marginalizing the poor and considering them an object of shame.”

The theme chosen for this year’s message is “This poor man cried and the Lord heard him”. It comes on the heels of the 1st World Day of the Poor which was established by Pope Francis.

The International Eucharistic Congress, scheduled for this January in the Philippines, will be a "mirror" for the Church in Asia to see its evangelization efforts. This was a reflection shared in the…