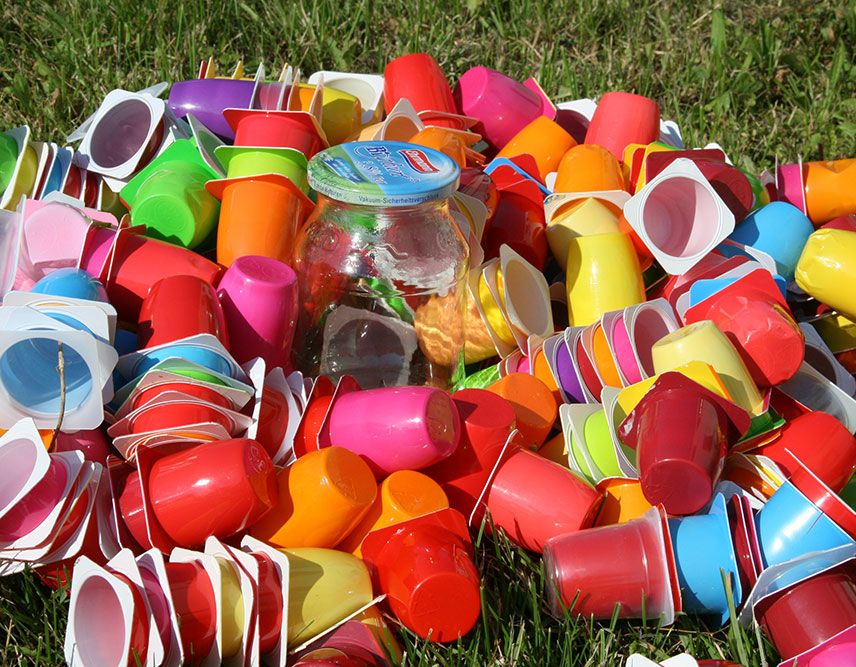 Among the most serious pollutants are plastics.  “(They) persist for up to 50 years and because they are usually buoyant, they are widely distributed by ocean currents and wind,” stressed the World Resources Institute (WRI), an institute based in Washington, D.C.

Today, an average person living in North America uses 100 kilograms of plastic each year, mostly in the form of packaging.  In Asia, a person consumes about 20 kilograms. “No one denies that plastic has been an incredible invention for mankind,” Global Initiatives said.  “Without it, industrialization would not have been possible to the degree we see today.”

In recent years, people are now increasingly noticing that lands, river ways and oceans have been choked by plastic waste. “Our insatiable dependence on plastic has led us to a man-made environmental crisis which is currently still growing in size. Our oceans and beaches are increasingly awash with waste plastic, while plastic dumping and landfill is at an all-time high,” Global Initiatives pointed out.

In the Philippines, about 35,580 tons of garbage is generated every day, according to a paper, “Status of Solid Waste Management in the Philippines,” written by Alicia Castillo and Suehiro Otoma.  “On the average, each person in the country produces about 0.5 kilogram and 0.3 kilogram of garbage every day in the urban and rural areas, respectively,” the two authors wrote.

In Metro Manila alone, about 8,636 tons of garbage is generated every day – that is, 0.7 kilogram per person per day “due to its modernized lifestyle.”  The bulk of the garbage is in the form of plastics.

Poverty As The Root Cause
The World Wide Fund for Nature-Philippines traced the huge garbage problem to poverty. “People still buy many products in small amounts – cheaper, but resulting in much more waste,” the attached agency of the international non-government organization observed.

The WWF-Philippines has conducted several coastal clean-ups to address marine debris in some parts of the country.  “As the Philippines is one of the so-called ‘sachet economies,’ most of the debris gathered during clean-ups are plastic, including single-use sachets for shampoo, toothpaste, creams, laundry soap, and even food,” said Dan Ramirez, the organization’s communications and media manager, in an article featured in its website.

Because they are easy to sell – which is why even in remote communities, you see ribbons of single-use products hanging from neighborhood stores – large multinational manufacturing companies continue to market them.

“We produce 2.7 metric tons of plastic waste every year,” Cimatu said in a press statement that Philippines Graphic obtained.  “Following this trajectory production and mismanagement, UN reports predicted that by 2050, there will be more plastic in the oceans than there are fish.”

Plastic Bags
Among the plastics released into the oceans, the most prevalent are plastic bags.  “Since they were introduced in the 1970s, plastic bags have infiltrated our lives,” wrote Caroline Williams in New Scientist.  “Globally, we carry home between 500 billion and a trillion every year – about 150 bags for every person on earth.”

It seems that people these days could not live without plastic bags.  “Plastics are ubiquitous components of the world’s consumer culture,” said Senator Loren Legarda in a statement.  “They symbolize the throwaway culture that we have developed.  We cannot go business as usual at it pollutes our oceans and water, and even the air when burned.”

Environmentalists caution against burning plastics to get rid of them completely.  Scientists say that chlorine-based plastics, when incinerated, contribute to the formation of dioxin, a poisonous waste that forms when chlorine is exposed to extreme heat.

Plastic pollution has now become a global crisis as it threatens marine and human life and destroys natural ecosystems. “Marine plastic pollution has impacted at least 267 species worldwide, including 86% of all sea turtle species, 44% of all seabird species and 43% of all marine mammal species,” Clean Water Organization pinpoints.

The Philippines became the toast of international media when it was found that the cause of death of a whale was ingesting 40 kilograms of plastic. “Plastic was just bursting out of its stomach,” Darrell Blatchley, who conducted the post-mortem of the whale, told National Geographic.  “We pulled out the first bag, then the second.  By the time we hit 16 sacks – on top of the plastic bags, and the snack bags, and big tangles of nylon ropes, you’re like seriously?”

Curb The Use Of Plastic
Cimatu urged Filipinos to refrain from using single-use plastic items, such as pet bottles and grocery bags, which usually end up polluting the oceans and waterways.  “It is high time we refrain from using disposable plastic products that are used for minutes, but persist in the environment forever,” he said.

“I think everyone agrees that plastic waste does not belong in the ocean or the environment,” said David Taylor, chair of the Alliance to End Plastic Waste, an organization of nearly 30 major industrial and consumer good companies.  “This demands swift action and leadership from all of us.”