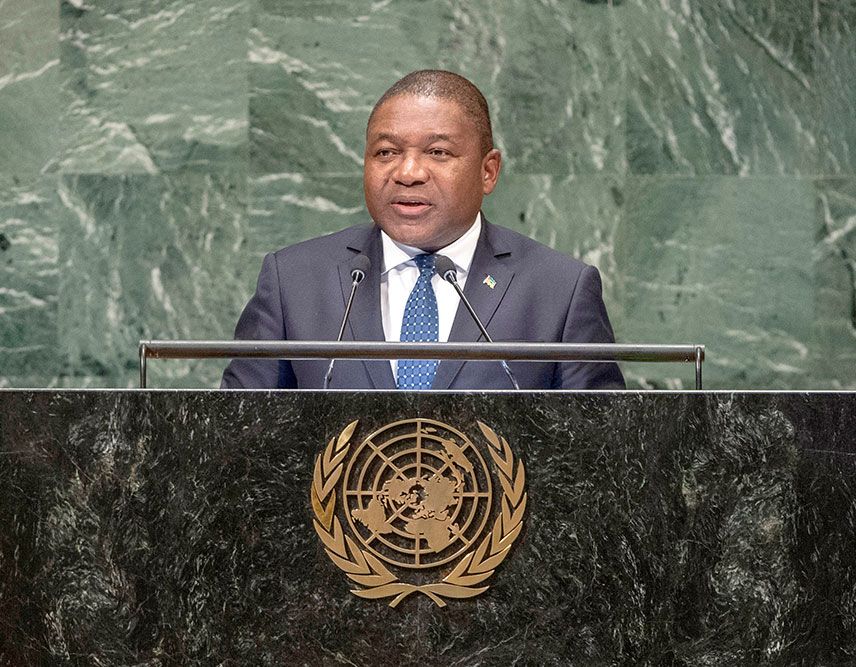 Mozambique’s President, Filipe Nyusi (in photo), says that he will not allow the country to be blackmailed by sponsored terrorists, of Cabo Delgado, into another deadly war. President Nyusi made the remarks, when he launched the official start of activities that will culminate into the 45th anniversary of national independence.

“Mozambicans will not repeatedly tolerate the blackmail of cyclical warfare, driven by groups of individuals manipulated to support the ego of internal and external elites,” said the President of Mozambique.

The President was referring to the continued terrorist attacks in the northern province of Cabo Delgado. The attacks have led to the death of over 1000 persons since 2017. United Nations estimates also say more than 200.000 people in the province have been displaced due to the ongoing terrorist activities. Trouble in Cabo Delgado started soon after the discovery of one of Africa’s largest deposits of Natural Gas in the area, three years ago.

"The campaign for the abolition of the death penalty is a big challenge in order to protect life, to promote justice and to humanize our societies. However, the campaign can be successful when…

The U.N. High Commissioner for Refugees (UNHCR) highlighted the work that Sister Angélique Namaika is carrying out among women victims of war in the Democratic Republic of Congo.