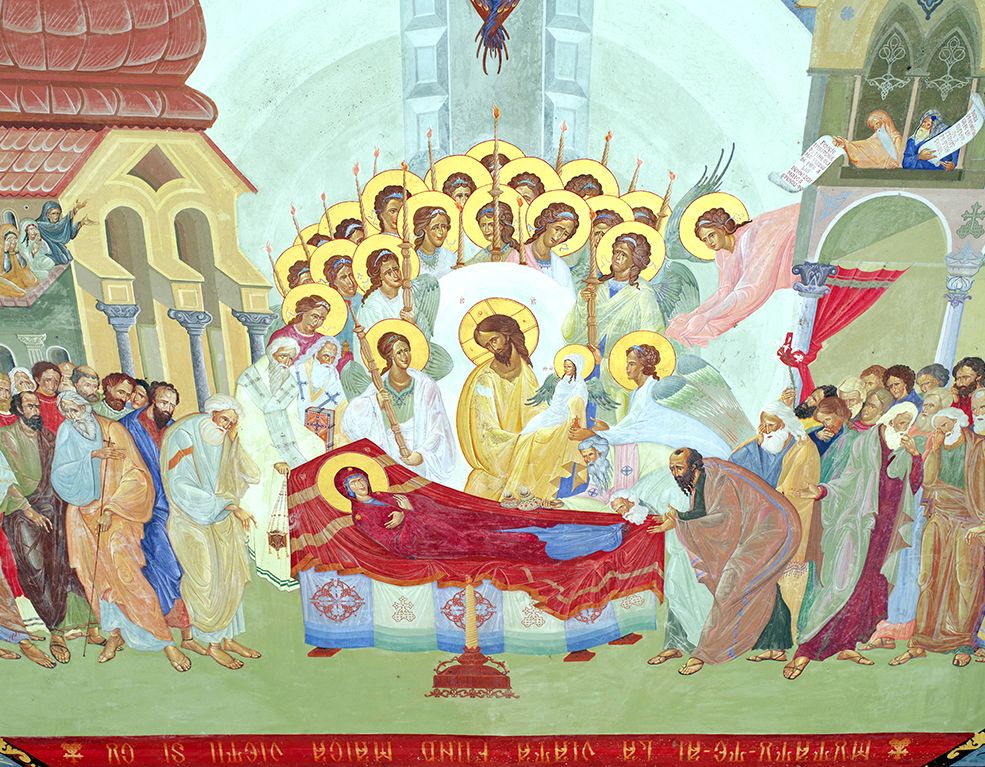 Packed bags, classrooms transformed into makeshift camping grounds, rolled out mattresses, lighted candles, an angelic singing choir that makes you feel at heavenly peace, quiet times, feeling at peace and one in giving reverence to Mama Mary—Assumptionistas hold a Vigil by staying overnight at school to be able to celebrate the Assumption Day.  As women of faith and action, we have established this devotion to the Blessed Mother of Christ, the Savior.

In the Catholic calendar, Assumption Day is considered a holiday of obligation.  Most often, it is the believers of the Blessed Virgin Mary who attend the Holy Mass on this day.  As an alumna of the Assumption College, it has become a tradition for me to attend the Holy Mass on this special day.  Unlike a regular Sunday Mass, Assumption Day is one of the occasional days I make an extra effort in going to the Parish. You would be delighted to know that people in attendance gather together as a community who truly believe that Mama Mary is special because she “assumed” into Heaven. She was able to transcend from her earthly life to Heaven, the Kingdom of God.  Not everyone is given that privilege.  Being the chosen one to become the Mother of Jesus the Messiah, the Blessed Virgin always holds the distinction and outstanding qualities of a woman most worthy to be dignified.  Out of all the women in the world, Mary upholds the morals and values to have become the chosen one.

Nobody could say outright that Mary was sinless.  Historians cannot attest to this.  There have been debates about its authenticity.  Mary’s history was not firmly written even in the Holy Bible.  Compared to other Biblical figures, there were only brief mentions about Mary’s life.  Mary was rarely talked about in the Biblical Scriptures. All we can say is that Mary was the chosen one by God to become the Mother of the Savior, the Messiah. Unlike a regular person, Mary was exempted from her earthly death.  It is typical for a body to go through the decaying process.  Mary did not.  Instead, She was “exalted” to the Heavens, physically and spiritually, meaning both body and soul. Her physical body was “assumed” to Heaven wherein she was physically taken up into Heaven.

The celebration of the Assumption in different parts of Europe, South America, Australia, Canada, the United States of America, and the United Kingdom consists of fireworks displays, processions, and performances. However, in the Philippines, we celebrate with a Holy Mass participated by many parishioners. Being a holiday of obligation, the Mass has a considerable number of people in attendance. The Assumption Day is considered as one of the main feasts for Mama Mary that started as far back as the fourth or fifth century.  In the historical timeline of Christianity, it is one of the oldest traditions that still stand out today.

Pope Pius XII defined the Assumption of Mary into Heaven as an official dogma of faith in 1950.  Since the time of Leonardo da Vinci and Michelangelo, artists have depicted artworks of the Virgin Mary and her Assumption. They are displayed as part of the celebration. According to the Boston Public Library, this holiday also goes by varied names that include:  Assumption of the Blessed Virgin Mary, the Dormition of the Most Holy Mother of God, and the Feast of the Assumption.

Some people ask, “Why is Mary’s Assumption important?” As the Mother of Christ, religious teachings honor Mary. Her Assumption was the only way for her to live eternally with her Son, the Messiah and thus, came to intercede for us as well.  Mary will always be with the Lord and Savior.

Spain and France also celebrate Assumption Day. It is a public holiday in France. Schools and businesses are closed.  Different countries also hold it as a public holiday like Austria, parts of Germany, and Chile. Spain begins its celebration on August 11. The event culminates on the 15th with a street party in Madrid.  There are fairs, parades and games, foot racing on the streets, and different contests and dance parties around the whole of Spain.  After all, the Spaniards introduced Christianity to the Philippines in 1565.

There are also personal ways to celebrate and give homage to the Virgin Mary. One time, I picked Sampaguita flowers from the garden at home. I went to the Parish and placed it near the image of Mama Mary. It was a simple “thank you gift” to the Blessed Mother. Some offer their time in praying the Holy Rosary as their Assumption Day tradition.

The Glorious Mystery of the Holy Rosary includes the Assumption of Mama Mary. It is considered as one of those special times when we give glory to her. Giving Mary recognition is a time to also glorify her most important role in life as the Mother of Jesus Christ. There are arguments pointed out by other religious sectors as to why we, as Catholics, believe in Mary. To clarify, it does not mean that we consider her as a God but we recognize and acknowledge her role as the Mother of the Messiah. Even after her life on Earth, Mary was still considered by God as the chosen one amongst all women. Thus, Mary is and always will be forever with Christ in Heaven.

The night before Christmas

In Ghana, all hopes for a festive celebration of the birth of the Child Jesus were dashed off when, on the night before Christmas, soldiers attacked a village, taking away boys and girls. In spite of…

COVID-19: What about Africa?

With the second wave of COVID-19 hitting hard in some countries in Africa, the prospect of a vaccination program is still not on the horizon.