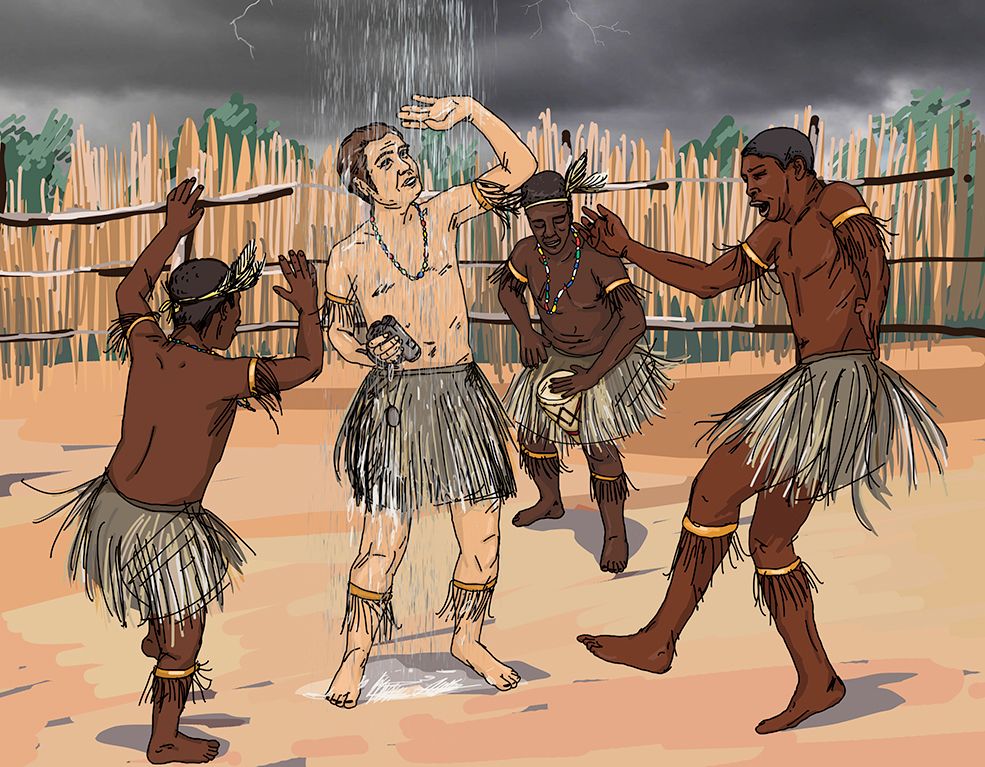 Father Tarcisio, an Italian Comboni Missionary, had always believed in the use of mass media in catechesis, even before the publication of the Apostolic Exhortation Cathechesi Tradendae (on catechesis in our time) by Saint Pope John Paul II in 1979.

Over time, he updated and recreated scenes with intelligence and taste to convey messages of faith and morals to the people. One day, he organized the play of the famous “Rainmaking Dance.” So that it would be more realistic, he asked the dancers to dress according to tradition: wearing the little raffia skirt, beads, ostrich feathers, drums, and so on. The preparation lasted a few weeks to ensure that no detail in the colorful choreography would be overlooked. The ritual was performed superbly and the numerous spectators were granted an encore.

It seemed that the sky took the act of goodwill seriously and shook. Two days later, there was a terrible thunderstorm in the area, which was unusual for the dry season. The wind blew away the roof of several huts, of the market and the dispensary. The chief of the village rushed to meet Fr. Tarcisio and without the usual greetings told him: “Have you seen the havoc your unusual and unauthorized dance has caused? Have you seen the damage it created?” “Yes, but it also damaged the mission. See the zinc sheets that it ripped off from the roof of the school!” Realizing that the sky had spared no one, the chief just accepted the destruction without further recriminations.