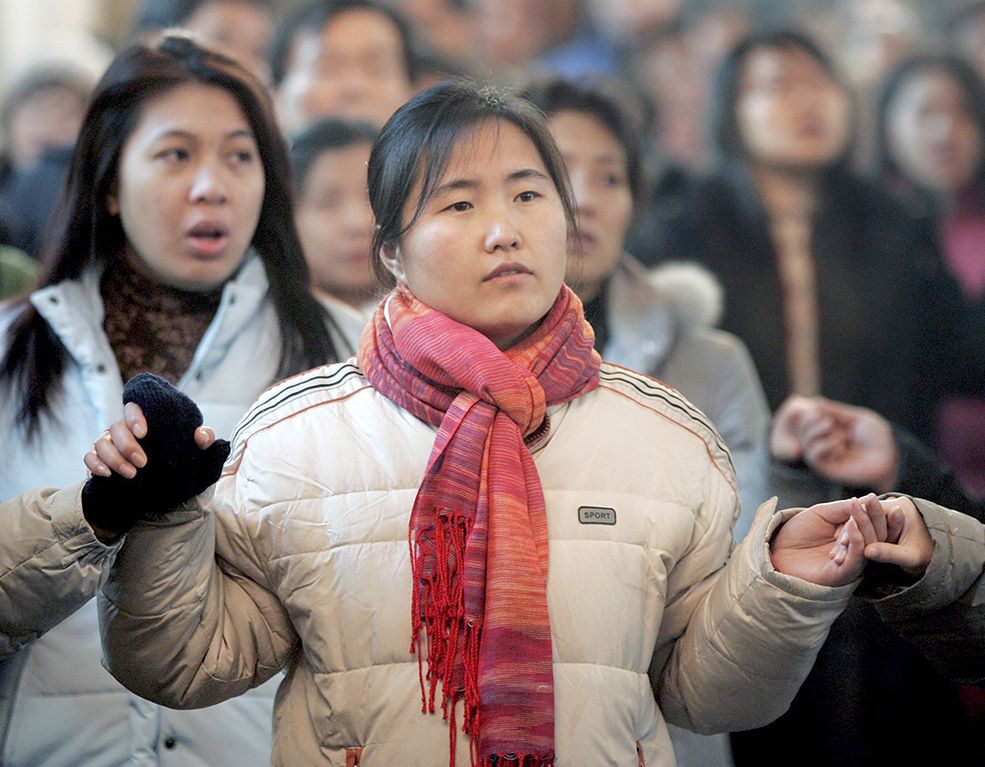 Thy Will Be Done On Earth As It Is In Heaven

Very often, both in our personal and communal prayer, we address God our Father with this invocation, “Thy Will be done on earth as it is in Heaven.” But how much misunderstanding is there among Christians regarding God’s Will? I remember the expression of a good and pious lady as she was talking to me one day: ‘Often, when I pray with this invocation, bad thoughts come to my mind and they distract me. Who knows what kind of trial will God send my way? What kind of suffering will I be asked to endure?’ Poor lady! I tried to console her by saying that God’s Will implies only what is good for us.

In fact, in the Holy Scripture, the Will of God never aims at making His children sad, punishing them, or humiliating them even when it implies sacrifice; it is always meant to promote them, to restore them to health, and to encourage them in their journey of life while they face difficulties and even failures.

All May Be Saved
Number 591 of the Compendium of the Catechism of the Catholic Church says: “The will of the Father is that ‘all men may be saved’ (1Timothy 2:4). For this Jesus came: to perfectly fulfill the saving will of his Father. We pray to God our Father to unite our will to that of his Son after the example of the Blessed Virgin Mary and the Saints. We ask that his loving plan be fully realized on earth as it is already in heaven. It is through prayer that we can discern ‘what is the will of God’ (Romans 12:2) and have the ‘steadfastness to do it’ (Hebrews 10:36).”

We need our whole life to learn to celebrate our existence, to become men and women of the Kingdom, and to be converted to God’s Will. So we ask our Father in Heaven to enable us to understand His Will and to have the courage to put it into practice even when its proposals imply the Cross of the Risen Lord.

How difficult it has been for human beings, throughout history, to make God’s Will flourish in their lives. In fact, the history of mankind could be considered as a struggle for freedom against all kinds of limitations:

-    Freedom in front of God when considered as the one limiting, debasing, and obstructing human freedom in its unfolding.

-    Freedom no matter what when men and women rather than respecting nature, have abused the earth, our common home, exploiting the soil with so much greed.

-    Freedom against other human beings when men and women have disrespected their brothers and sisters stealing from them their freedom and their beauty, and profaning their dignity.

Born With The Same Dignity
Pope Francis has done his level best to make all Christians and all people of goodwill come to their senses and live in true freedom in communion with one another, especially the poor and abandoned. In his Encyclical Letter FRATELLI TUTTI, n 118, he says: “The world exists for everyone because all of us were born with the same dignity. Differences of color, religion, talent, place of birth or residence, and so many others, cannot be used to justify the privileges of some over the rights of all. As a community, we have an obligation to ensure that every person lives with dignity and has sufficient opportunities for his or her integral development.”

We ask God that here on earth we may do His Will as it is done in Heaven - that other world of invisible realities we aim for (2Corinthians 4:18), and in which God reigns in fullness with His Merciful Love. Naturally, while praying, we commit ourselves to do God’s Will to transfigure this world.

May Mary, the Woman that Pope Francis has called the Woman of the total “Yes” to the Will of God help us to follow her example and say yes to the Father’s Will ourselves as we journey on this earth.

The message of Pope Francis for the 51st World Communications Day that will be celebrated on May 28, 2017, the Solemnity of the Ascension of the Lord, bears a pastoral direction that is substantially…

Our life originates from God. This is de facto sacred and cannot, under any circumstances, be looked at with contempt. The fifth commandment, “You shall not kill,” reminds us of this important…

Happy are the Gentle

The author writes about how his mother showed the real meaning of the word ‘gentle’. To be gentle is to live in the Holy Spirit as Jesus Himself taught the world how and the reward is the ‘earth as…