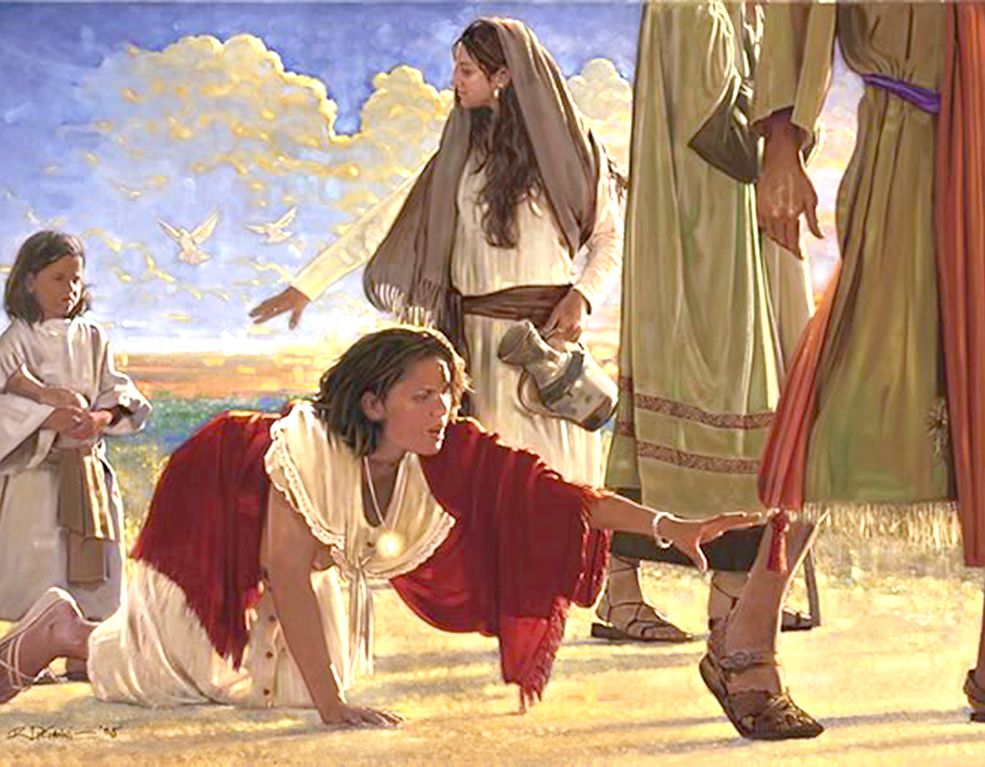 Pressed by a crowd who wished to have signs to believe in, Jesus said “this generation wants signs, yet only the sign of Jonah will be given to them” (Mt 16: 4). As Jonah spent three days inside the great fish, so Jesus will remain three days on earth. The evidence of Jesus’ claims is in the experience of the Cross and Resurrection. The crowds listening to Jesus could not understand what He meant. They expected an inexplicable sign that God was with Jesus. This ‘miracle’ mentality was common in Jesus’ time. It is well-testified in the Hebrew Bible, and it is still present in many societies today.

Modern societies have access to medicine. Healing is seen as a scientific process involving medical practitioners, technology, and appropriate medicines. However, in ancient times the causes of illness were not known and local healers practised their trade in ways similar to magic. The ancient Hebrew word for doctor literally means healer. Biblical texts mention these healers only a few times with some disdain. Job compares his friends to “worthless physicians” (Job 13: 4), and in the second book of Chronicles (16: 12) it is implied that Asa made a mistake in turning to doctors. For the Hebrew Bible, the only true healer is God.

The ancient world had scant knowledge of anatomy or physiology. They believed that they thought with the heart and felt with the liver. There was no difference between medicine and religion. Illness was caused by a disturbance in relationship, be it between people, or between the person and God. To regain good health, intervention of the divine was needed. This was sought through the services of priests, exorcists or witchdoctors: those who had a connection with the spiritual world. The patient had to believe in the treatment for this to take effect. A good example comes from the book of the prophet Isaiah. The prophet treats King Hezekiah’s life-threatening illness by pressing figs on his sores (Is 38: 1–21). Yet, the Bible makes it clear that Hezekiah owed his recovery to God.

Magic, Healing And Faith
While magic was practised by ancient Israelites, the Bible has a negative understanding of these procedures. Magic rituals were seen as dangerous and fraudulent religious practices. They were suspicious at best. In Deuteronomy 18: 10–11 we read: “Let there not be found among you anyone who immolates his son or daughter in the fire, nor a fortune teller, soothsayer, charmer, diviner, or caster of spells, nor one who consults ghosts and spirits or seeks oracles from the dead.”

In the book of Tobit (11: 11–15), we find the story of a miraculous healing of a blind man by blowing the gall of a fish into his eyes, following the recommendation of the angel Raphael (whose name means “God has healed”). At the time of Jesus, reality had not changed much. Popular forms of magic were ridiculed by the learned. However, other forms of religion—which we would see as magic—were regarded as proper religious behaviour or even as medicine. When Jesus attempts to heal the blind man in John 9: 6, He uses a mix of mud with spittle and anoints the man’s eyes. Is this magic, medicine, or healing? However you see it, it was common practice in Palestine at the time.

Healing In The New Testament
The Gospels report several instances of Jesus restoring good health to sick people. Other examples of healing are found in the Acts of the Apostles. These are referred to as freeing a person from demonic possession, physical impairment, and cleansing from impurity. It is important to note that there is no proper word for miracle in the New Testament. These actions are referred to as dunamis, great work; teras, portent; sēmeion, sign—phenomena that generate wonder and amazement.

Jesus targeted some of His healing activities on persons under the influence of unclean spirits. The Gospel of Mark (1: 21–28) starts with one such incident. Jesus was in Capernaum and, on a Shabbat, went to a synagogue to teach. People were amazed “for He taught them as one who has authority and not as the scribes.” The scribes were the official interpreters of the Word of God. Jesus’ teaching clashed with that of the scribes and impure spirits. An impure spirit is a way to describe a person possessed by ideologies that trap him and do not allow him to be free.

In Capernaum, a possessed man expressed his disagreement with Jesus’ teaching. This man represented a group that felt threatened by Jesus’ teaching (“You have come to ruin us!”). When the doctrine on which he based his faith was threatened, he felt his very existence threatened.

Jesus blocked the possessed man by preventing any form of dialogue. In the clash between the impure spirit and Jesus, who possesses the Spirit of God, the winner is God who frees the individual. Yet, liberation does not happen without suffering. The possessed man was torn apart by realizing that his ideology kept him from communing with God. Jesus’ teachings liberated people from impure spirits. Those present in the synagogue identified the freedom and healing that Jesus proclaimed.

Physical Illness
While on His way to Jerusalem (Lk 17: 11–19), Jesus entered a village. The village was often used in the Gospel to indicate the place where people had a hard time accepting Jesus’ teachings. He was met by ten lepers. This was quite strange. Lepers were people thought to be impure. They were supposed to stay outside and keep their distance even from travellers. Luke wanted to suggest that the lepers were unclean because they belonged in the village. However, other details suggest that these lepers represented the disciples. The evangelist, using the image of the lepers, intended to represent the disciples, whose religious tradition prevented them from seeing the novelty that Jesus brings.

Jesus invited the lepers to go and show themselves to the priests. The priests had to certify that a leper had regained health. On their way to the priest, they were cured. It was the village that made them lepers. The moment they left the village, the place of tradition and nationalism, they were cleansed.

The Samaritan leper, realizing he had been cleansed, turned back and recognized Jesus as a man sent by God. Jesus emphasized that all were healed, yet only a foreigner recognized the action of God in his life! At that time, foreigners could not enter temples to thank God. To this foreigner Jesus said, “Rise and go your way; your faith has made you well!”

Faith And Healing
The Bible looks at faith as the foundation for healing: “Your faith has healed you.” To understand how faith and healing interact, we need to clarify the meaning of these terms. Many believe that faith is to believe in God, yet even unclean spirits recognized Jesus as the Son of God. The simplest definition is that faith is our answer to God’s love for us. If faith were simply a spiritual exercise, then it would not involve us. As St. James wrote: a faith without action is dead. Faith requires commitment from the side of the person, a relationship with God (prayer) and rapport with our neighbors (service). So how does faith influence healing?

Medical practitioners know that people who pray have greater chances of regaining health. Prayer triggers mechanisms that counteract stress and promote positive emotions, enhancing the body’s natural capacity for healing. It activates the immune and cardiovascular systems to heal disease, illness, or injury. Many scientists confirmed that there is an association between religious involvement and fewer hospitalizations and shorter hospital stays.

When people turn to God in prayer, a new set of answers to one’s situation is found. Faith, we have seen, is a dynamic reality. When people decide to act because of faith, they commit themselves to service to others, renewing their strength and wellbeing.

The men who carried and lowered their paralyzed friend to Jesus were people who showed faith in action. Because of love of their neighbor, they did all they could to assure their friend’s healing. Jesus saw that, and the healing became possible. The hemorrhagic woman took action touching Jesus’ cloak, and Jesus reassured her: “your faith has healed you”. We realize now that the purpose of these stories in the Bible is not to impress us to generate a short-lived ‘belief’ in God—the aim is to generate true faith, one that moves the person to commitment in life.

A God to love

Christian tradition has always found its roots in the Old Testament. The strong sense of God’s existence and holiness as well as His involvement with humanity have always been recognized as "wisdom"…