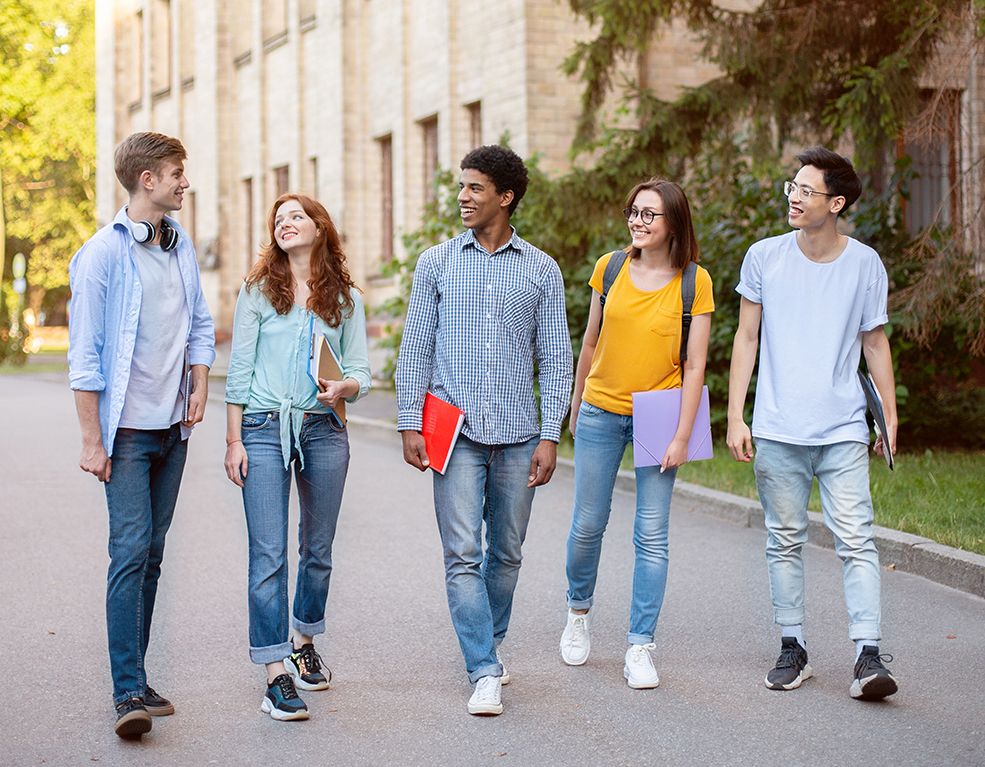 Educate for a Fraternal Humanity

The worldwide educational crisis calls for joint efforts, both in the family and at the school, to promote an inclusive model of teaching that leaves nobody outside the system and helps to form a relational person.

Today, more than ever, discussions and dialogues on education are held; and yet, quite a few questions plague us. At home, at school, and in institutions in general, we witness the loss of authority in human relationships.

“Educating, however, has never been an easy task and today it seems to be even more difficult. (…) Hence, there is talk of a great ‘educational emergency,’ confirmed by the failures we encounter all too often in our efforts to form sound people who can cooperate with others and give their own lives meaning.” (Pope Benedict, 2008).

We are immersed in a moral relativism where the fashionable values ​​are: complaining, the absence of rules in individual life and in interpersonal and social relationships that materialize in difficulties of the behavior of children/pupils, and where voids proliferate.

In the world, an unbridled race for emotional and instinctive pleasure dominates, with the spread of new psychic diseases such as addiction to games, video games, obsessions, and a kind of slavery to which the Internet surreptitiously submits us.

The culture of laziness arouses in young people a sense of fantasy self-esteem painted with illusions and aversion to responsibilities that generate shortcuts to happiness and lead to torment.

Such a culture encourages individualism to avoid confrontation and prioritizes easy choices for immediate pleasure. No wonder young people are becoming more prone to depression. Why? Because mental health depends a lot on our ability to relate to others.

School Dropouts
Currently, all over the world, we are witnessing an educational crisis in which school dropout rates are glaring–despite all of UNICEF’s efforts–and are no longer due to poverty alone. In the so-called developed countries, this problem is disguised with larger funding for education and an attitude of almost requesting the students to attend school as a favor.

Dropping out is associated with behavioral and learning problems, emotional issues, lack of interest, motivation, and of identifying with the school, among other factors. Western countries–with a dropout rate of around 10%–have not been able to remove the root causes of dropout, though mechanisms have been created to foster school attendance, for instance, compulsory education until 18 years old and tutelage regarding student absenteeism.

In addition to social support, structures have been created to watch over and monitor possible warning signs of incoming dropouts such as unsocial behaviors and poor academic results. Moreover, as there is an obligation to comply with certain standards, these dropout numbers are all too often subject to convenient ‘adjustments’ by the administration.

Outside World
Often, the school gives more attention to certificates or numbers rather than to genuine educational nourishment. It is made more attractive and less difficult. Therefore, a discrepancy is created between the idyllic world of the school and the real-life outside which is full of challenges.

However, it is essential to train the learners in a way that enables them to face the difficulties in their future. This training should not lead them to give up but to contemplate every difficulty and help them confront it. It is also necessary to know how to include the component of ‘sacrifice,’ always necessarily present, to achieve any goal. Learning how to cope with difficulties is a task that involves both the student and the educator.

“Suffering is also part of the truth of our life. So, by seeking to shield the youngest from every difficulty and experience of suffering, we risk raising brittle and ungenerous people, despite our good intentions: indeed, the capacity for loving corresponds to the capacity for suffering and for suffering together” (Pope Benedict, 2008).

Schools also started to be interested in other realities (associations, or equipment and gadgets such as mobile phones, television, digital platforms, video games, and appliances of the virtual world) that quickly started to compete with the real world.

Amazingly, we realized a lack of meaning entering into the families, schools, and the hearts of young people and adults. One cannot disguise the real disinterest that, hand-in-hand with a lack of preparation, generates an explosive mixture of depression and abandonment.

The pandemic did not help at all in this regard, having aggravated social differences and the consequent dropout effect. Thus, schools find themselves struggling with the concept of emptiness as a consequence of their diminishing credibility.

However, the world of fast utilitarianism does not realize that the neuronal development and maturation of human beings depends on the challenges and stimuli to which they are subjected in order to generate mental tools useful throughout their lives.

According to the neuroscientist Michel Desmurget, author of the book La Fabrique Du Cretin Digital (The Digital Cretin Factory), our constant dependence on digital screens is causing harmful effects of alienation and brutalization as we face the real world.

Jesus, Our Model
We know that education is based on relationships, starting in the family. As Christians, we can have Jesus at home as an educational model. How? “Where two or three are gathered in my name.” The relationship of love between father and mother, as far as possible, makes them Jesus’ intermediaries in education.

Looking at Jesus, we find some of His important characteristics as an educator: his empathy–knowing how to enter into the other; how to listen, and his acceptance of the other; hope–things can always be improved; his struggle for education–persistence; change, that entails concrete consequences; inclusion–he does not exclude anyone; credibility–existential convergence between the saying and the acting.

Pacts On Education
Pope Francis launched the Global Alliance on Education in 2019 with the aim of creating “forces in a broad education alliance, to form mature individuals capable of overcoming division and antagonism, and to restore the fabric of relationships for the sake of a more fraternal humanity.”

According to him, education is not like putting on and off your clothes but implies an interiorization that (as mentioned in the Instrumentum Laboris of the Global Alliance) includes the other person, a relationship, and its fruit–fraternity.

Faced with the evident breakdown of intergenerational solidarity, technological overvaluation, the environmental crisis, and existential anguish, a response is born: a new way of thinking about relationships that makes the differences a true source of unity.

The Pope, with this educational challenge, emphasizes the importance that “in diversity may all people, according to their respective roles, share the task of forming a network of open human relationships. According to an African proverb, “it takes the whole village to educate a child.”

Therefore, we have to create such a village before we can educate. The educational environment is a whole set of ideals, values, ​​and lifestyles. The current world lives immersed in the fascination for technology, devaluing face-to-face communication, digging ditches of non-existing relationships. Attention is needed to an inclusive school that may be able to guarantee quality and not be limited to mediocrity.

The Light Of Hope
The inclusive school is not only the one that leaves nobody outside the system but allows a path that lifts everyone to wider horizons. Education is a path that leads the learner from the bottom to the top of the mountain. Some may find it difficult and the desire to give up arises.

Being inclusive implies finding strategies so that everyone can reach the top without leaving others on the way, bogged down in their difficulties. The question of demand, when successfully achieved, also makes the student aware that he is worthy, more than what he really thinks. Not demanding is to send a message of being less, even if you do not intend to.

The inclusive school has in itself a degree of flexibility that allows diversification of responses so that everyone can achieve their dreams. On the other hand, compulsory education can suffer from a short-sighted view of reality, especially when the diversification of the educational offer is scarce, ineffective, and generates a misunderstanding of equality confounded with egalitarianism, not admitting responses with different degrees of demand.

Thinking of the educational global alliance proposed by Pope Francis and going to the roots of Christian education, we continue to believe in a life of hope with the steps of the one who searches, attentive to signs, singing new melodies that speak of the joys and groans that we share.

As we go through the educational and cultural night, we will light up the lights of hope. The overall purpose of the educational process is to help form a relational human person, the image of God and the Trinity. Deep down, what educates is love, because, as the psychiatrist Ionata Pasquale (2006) wrote, “We were born to love and not to win.”

Compassion: A way of dialogue for Asian cultures

Asia is known for its rich cultural diversity as well as its myriad of religious beliefs and persuasions. In the midst of these innumerable influences, a common theme, seemingly the backbone of most…