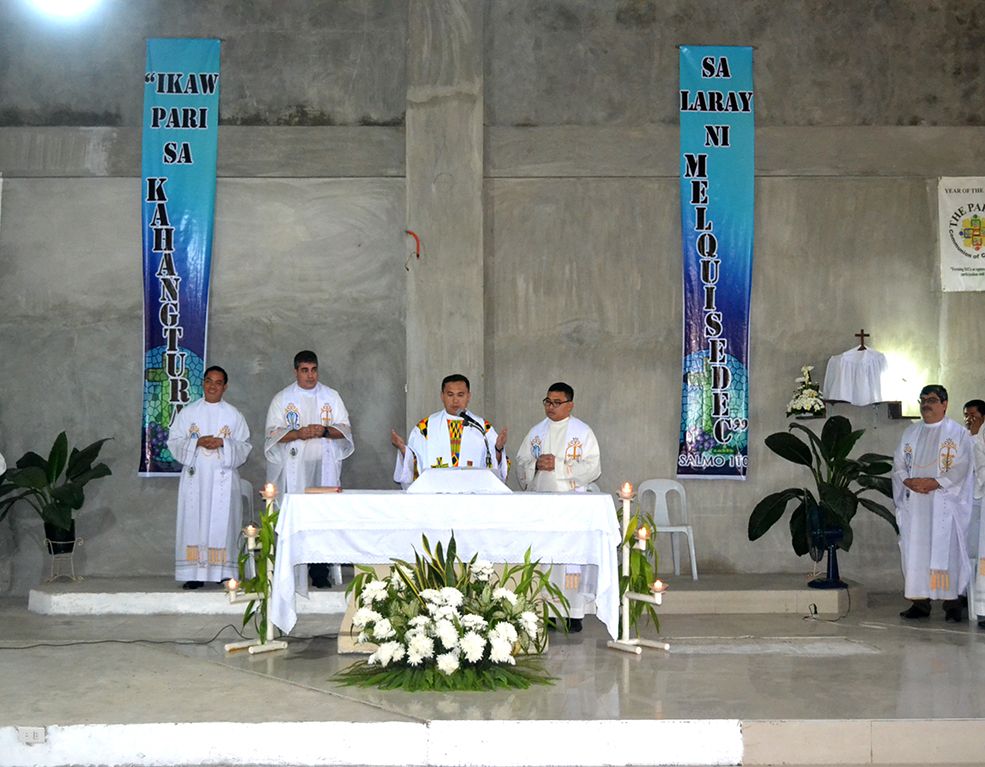 Change has come and the Church in Asia is gradually overcoming the shortage of priests. Bangladesh, Indonesia, Vietnam, and South Korea are witnessing a flourishing in vocations and seminaries with a growing number of ordinations.

An average of one priest ministers to 8,000 souls. This is a sad picture of the priestly vocation that is unable to cope with the growing population. The 2021 Catholic Directory of the Philippines counted more than 120 active bishops and 10,470 priests serving 85 million Catholics. It’s the same number of clergy as 10 years ago while the Catholic population has grown since then.

Recent international conferences about the clergy and religious vocation, particularly in the West, have identified the priest shortage as the most urgent problems facing the Church. A crisis caused by retiring senior clergy, added to those leaving the priesthood and the ever-decreasing sacerdotal vocation.

Sexual abuse scandals, coupled with the not-so-good examples set by bishops along the corridors of power in the Vatican and elsewhere, were like a tsunami wiping out the Church’s credibility for more than a decade or so, until Pope Francis assumed the Chair of Peter in 2013 and began the radical reform of the Roman Curia.

Change
Change has come and the Church in Asia is gradually overcoming the crisis of priestly vocations. In Bangladesh, Catholics saw 12 young men ordained as deacons in 2022. In this predominantly Muslim country, with 500,000 Catholics or about 0.4 percent of the total population, the Church celebrates the gift of new laborers in the vineyard of the Lord.

The national director of the Pontifical Mission Societies (PMS) in Bangladesh, Father Rodon Robert Hadima, regularly tells parents “not to be afraid and to let their children experience religious life.”

In the Catholic ethos, the holy priesthood is the Mount Everest of all spiritual mountain climbers, and there is no higher a camp and loftier an aspiration than this. Scaling the summit is not an easy task, though, as it is unachievable without great discipline, audacity, close contact with God, and hard work.

For its growing communities, the Asian Church needs mature men who have a heart big enough to take on the challenge. Men of brave hearts for whom, once on the summit, it’s not “Hail to the chief” but “Take up your cross and follow me!”

Every Asian bishop who has ordained new priests knows how hard it is to promote the holy priesthood among mature young men and market a “lifestyle package that consists of being celibate, male, full-time, and lifelong.”

In March, Pope Francis created a buzz among Asians when he cited Indonesia as a place to find new vocations to the priesthood and religious life. “Father, there are no vocations, now we will go to some island of Indonesia to see if we can find one,” said the Jesuit pontiff in his homily during the Mass for the 26th World Day of Prayer for Consecrated Life in Rome.

Vocations Are Flourishing
The day before, Archbishop John Liku Ada of Makassar, South Sulawesi, ordained seven new priests in Tanah Toraja. Across Indonesia, from Central Java, Jakarta and Papua to North Sumatra and Yogyakarta, vocations and seminaries are flourishing.

In Manado, capital of North Sulawesi in eastern Indonesia, priestly and religious vocations are superabundant. Between 2015 and 2017, some 10 diocesan priests and 11 Missionaries of the Sacred Heart (MSC) priests were ordained. Father Albertus Sujoko, head of the Sacred Heart Major Seminary, said that “in the last 20 years there has been an exponential growth of the number of priests.”

In January, Archbishop Peter Chung of Seoul ordained at Myeongdong Cathedral 23 new priests, who are added to the 5,400 priests who minister to about six million Catholics in more than 1,700 parishes across the peninsula.

Three of the 23 new priests are members of the Seoul International Catholic Missionary Society, an institution founded by the Archdiocese of Seoul in 2005 that sends missionaries to Latin America. Catholicism in South Korea has been transformed from a “church that welcomes” to a “church that gives,” according to the archbishop.

In December 2021, the Church in Vietnam rejoiced when 38 young men were ordained. Archbishop Joseph Vu Van Thien of Hanoi welcomed 15 new priests who can “become skilled reapers, eager to go out into the fields to bring souls to God.”

Earlier, in summer of last year, Vietnam witnessed the ordination of 46 new priests and eight new deacons who pledged their dedication to missionary work, eight of whom were Redemptorists. In the same year, about 250 religious men and women professed their perpetual vows.

At the end, I can only echo the sentiment of Indonesian priest Father Paulus Halek Bere, who said, now “it is our turn to carry out the mission.” Yes, it is now the turn of Asia to go for mission ad gentes.  Republished with permission from UCANews

It is wonderful to see the happiness and freedom enjoyed by the many children that have recovered from the trauma of domestic sexual abuse. Freedom from fear and abuse is the result of the therapeutic…

Our life originates from God. This is de facto sacred and cannot, under any circumstances, be looked at with contempt. The fifth commandment, “You shall not kill,” reminds us of this important…