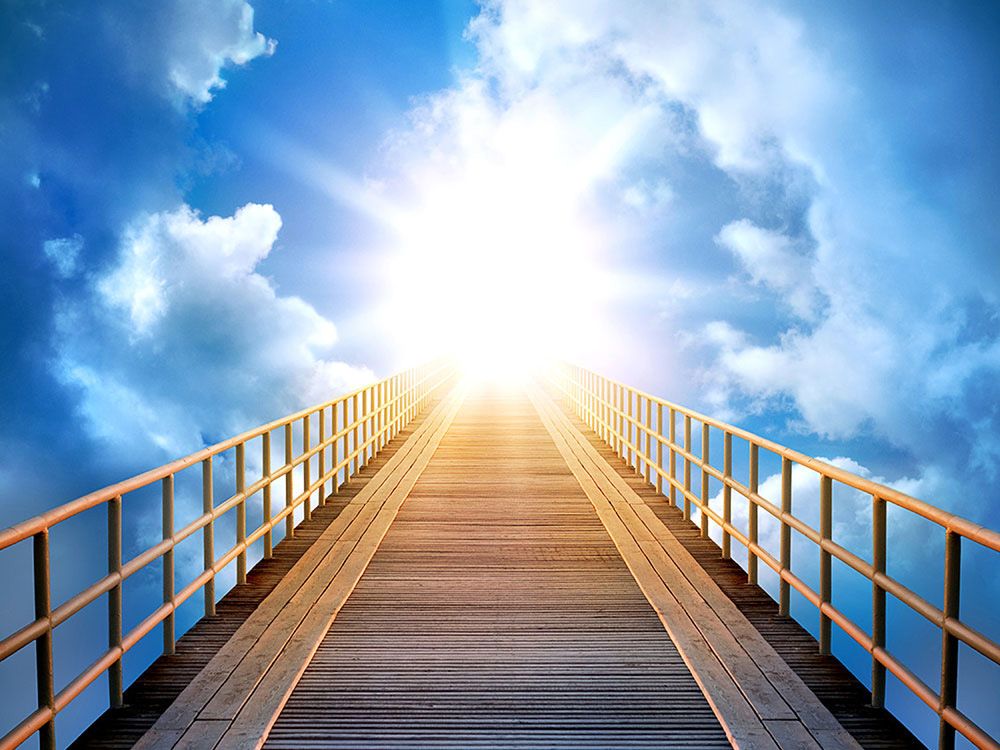 The call to become a bridge

Moses was the bridge between God and His people. Such is the vocation of each one who is called by the Lord to be a missionary; that is, to live in total solidarity with God, for whom one acts as a prophet, and with the people. The risk is the experience of “loneliness,” which is necessary to learn solidarity. Otherwise, it will be sterile.

The story of Moses, told in the Book of Exodus, is well-known. Moses is one of the most popular biblical characters and the representative par excellence of Judaism. He is mentioned 80 times in the New Testament. Born during the period when the people of Israel were enslaved in Egypt, he is “saved from the water” of the Nile (which explains his name) by the Pharaoh’s daughter. He was educated in the court and initiated into the wisdom of the Egyptian culture. After a failed attempt to intervene on behalf of his people, he had to flee from Egypt and take refuge in the desert, where he eventually settled down, marrying a daughter of Jethro, the priest of Midian. One day, while he was tending his flock in the wilderness, God appeared to him to ask him to return to Egypt and free His people. After forcing Pharaoh to let the Israelites leave – with the famous 10 plagues of Egypt – Moses led the people towards the Sinai Peninsula, where the Lord would establish a covenant with Israel. There followed a long journey through the wilderness, that was a slow and painful path to freedom. Moses eventually died at the threshold of the Promised Land.

A life in three stages

According to biblical tradition, Moses died when he was 120 years old and his life had three stages (cf. Acts 7: 17–44; Num 14: 34ff): 40 years in the pharaonic court as a prince; 40 years in Midian as a shepherd; and 40 years as a prophet in the wilderness. Forty years is the ideal duration of a generation but also of a phase of life.

For 40 years, Moses was raised as an Egyptian prince. He received a refined education. But this privileged situation that separated him from his people did not make him forget his origins and the misery and slavery in which Israel lived. At 40, he heard “the voice of the heart” and chose “to visit his kinsfolk” (cf. Acts 7: 23). He felt responsible for the fate of his people. But after an act of bravery, he realised his helplessness, and fearing for his life, he fled to the desert. He was again segregated from his people.

Another set of 40 years ensued. Moses took refuge in private life, in the sweetness of a home and the solitude of the nomadic life as a shepherd. He had not forgotten the past, but he got used to the quiet routine of that life and had resigned himself to the obscurity of his situation as a refugee. After all, he had found a new land, people and family. What more could he expect? But his heart wasn’t satisfied. The proof is the fact that he named his firstborn son Gershon, which means “I am an immigrant in a foreign land.”

When everything seemed to indicate that he would end his days in the desert, the unexpected happened. While tending the flock of his father-in-law in the vicinity of Mount Sinai, God appeared to him, revealing to him His mysterious and unpronounceable name: “ehjeh ’asher ’ehjeh”, “I Am Who I Am” (Ex 3: 14). A renowned biblical scholar, G. von Rad, interprets this as: “I Am the One who loves with passion.” The Lord appeared to him as fire flaming out of a bush which, although on fire, was not being consumed – a symbol of God’s solidarity with the sufferings of His people. The fire of this passion ignited the heart of Moses. Thereafter, he would be the instrument of the Lord to liberate His people. This was the mission which God had destined for him, the meaning of his existence and his unique history. For 40 years, Moses was a prophet so “powerful in his words and deeds” (Acts 7: 22) that he would lead Israel towards freedom.

These are the three steps that we find in the journey of every vocation. A preparation phase, populated by dreams and ideals. Living within a society often unfair and enslaving, we are ready to fight against injustice, with enthusiasm and self-confidence. But the impact of our idealism with the crude reality is always painful and can lead to an experience of failure and discouragement, sometimes fatal, as what happened when Moses, after killing the Egyptian in a burst of revolt against the oppressor, found himself rejected by his own people and had to flee. Disillusioned, renouncing the dream of a liberator, he stopped thinking of the fate of others, and only thought of saving his life. But God continued His action in the silence of the desert, in the uneasiness of the heart. Eventually, He caused Moses to overcome the temptation of a comfortable and peaceful life, and dispelled Moses’ fears and resistances. After seducing his heart, He threw him into the great adventure, with a single security, “I Am with you” (Ex 3: 12).

The life and vocation of Moses is a unique mix of solidarity and loneliness. Throughout his existence, he was by himself. At the same time, he was deeply supportive. He was the confidant and friend of God with whom he speaks “face to face” (Ex 33: 11). But he was ready to sacrifice himself for his people, so he abandoned the comfort of the pharaonic court; he renounced his married life (Ex 18: 1–12); he was willing to die (Ex 32: 31), sharing, in fact, the fate of those who died in the wilderness and were at the threshold of the Promised Land (Deut 34: 1–12).

As a prophet placed between God and His people, he lived between two worlds, torn by two passions. In vain, he sought to escape this “loneliness,” seeking support in Aaron, his spokesman; in Joshua, his disciple; in the 72 elders, his helpers. He had to endure the punches and the vicissitudes of God’s covenant with Israel. In a dramatic story, woven with loneliness, hostility and rejection, Moses’ resistance, as a bow always in tension, sometimes came close to breaking up: “I cannot carry all these people by myself, for they are too heavy for me. If this is the way You will deal with me, then please do me the favor of killing me at once, so that I need no longer face my distress” (Num 11: 14–15).

He becomes a bridge

Moses was the bridge between God and His people. Such is the vocation of each one who is called by the Lord to be a missionary; that is, to live in total solidarity with God for whom one acts as a prophet, and with the people, he/she pastors. The risk is the experience of “loneliness,” which is necessary to learn solidarity. Otherwise, it will be sterile.

A long quotation from Fr José Luís Martin Descalzo’s book, Reasons for Joy, illustrates this predicament of the pastor:

“Of all the titles that are in the world, the one that pleases me most is that of pontiff, which literally means bridge-builder, a title, which I do not know why, was adopted by the pope and the bishops, but that, in Christian antiquity, referred to all priests, and logically, would befit all people who live with an open heart.

“It’s a title that excites me, because there is no more beautiful a task than devoting oneself to building bridges between men and between things, especially in a time when there are so many builders of barriers. In a world of so many ditches, what is better than to commit oneself to overcome them?

“But to make bridges – and especially being a bridge – is a very hard endeavor. It is not possible without great sacrifice. A bridge is someone who is faithful to both sides, but does not belong to either of them. When it is asked of a priest to be a bridge between God and human beings, it is almost forcing him to be a little less of a man, to renounce temporarily his human condition and to assume that hard office of being a mediator and a link between the river banks (on either side of the bridge).

“If a bridge does not belong entirely to any of the banks, it must be firmly grounded in both of them. It is not a margin, but relies on them; it is a servant of both, each depends on the other. Being a bridge is to renounce all personal freedom. One serves only when one renounces.

“Of course, it is difficult to work as a bridge. It is a service in which one gives more than one receives. A bridge is essentially someone who supports all the weight of all those who cross it. “Resistance and strength are the virtues. In a bridge, beauty and sympathy are less important (although it is nice to see an elegant bridge) than the ability to serve and be useful.

“A bridge lives unthanked: nobody lives on the bridge. It is used as a passage and one stops only on the other side. Someone who wants comforting must choose another profession. The mediator finishes the task when mediation is accomplished, and then the mediator is forgotten.

“A bridge is the first thing to be bombed during a war. That’s why there’s plenty of destroyed bridges. Despite that, my dear friends, what a great mission it is to be a bridge between people, between things, between ideas, between generations! The world would cease to be habitable if it had more builders of ditches than builders of bridges.”

A man for the present

The feast of St. Matthew has been celebrated, for a long time, on September 21. His vocation to be part of the group of the Twelve causes some wonder, given his social and religious background, but…

Chairs represent a role, a vocation that one has to fulfill in his or her earthly life. Throughout salvation history, we have been witness to chairs being vacated and filled, according to God’s plan.…