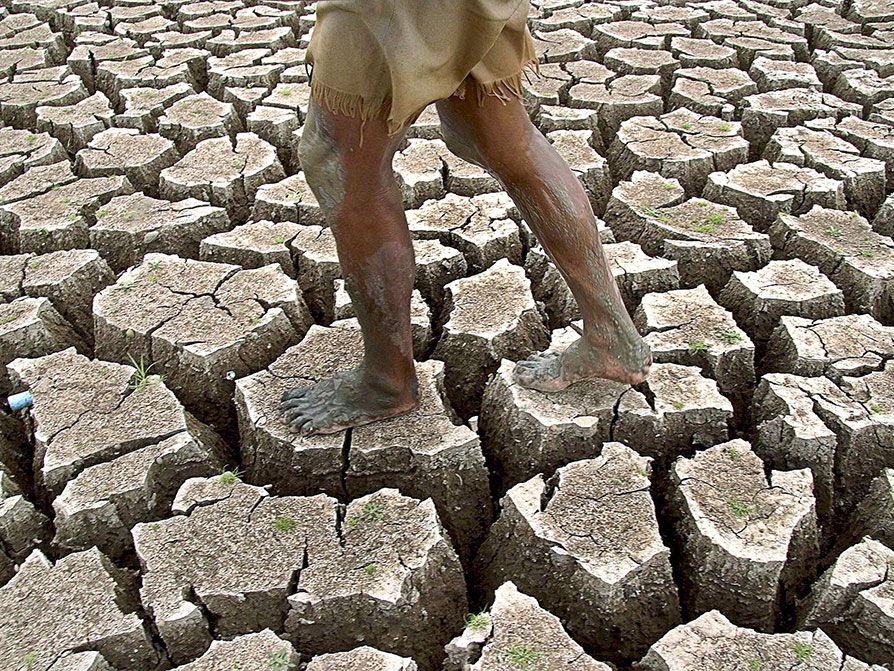 The impact of climate change on the poor

Much has been said and proposed by governments and international organizations to help curb the effects of climate change. And yet there still seems to be a palpable indifference from industries and even common folk, perhaps because the consequences are not that felt amid the comfort of urban zones. It is the rural folk and the indigenous tribes – the ones who commune with and are closest to nature – who suffer the most.

Hiking in the mountains of Zambales some weeks ago, I saw for myself the parched landscape. There were groves of withering bananas, dead vegetable gardens, dried up streams and the tall yellow grass covering the hills. I was in the ancestral lands of the indigenous Aeta people. They are the original – and the poorest – inhabitants of the Philippines.

They are subsistence farmers and they know when and where to pick wild berries, collect honey and gather many edible plants. Their lives depend on the climate, they know the weather cycle, i.e., when the rain should come and when they can plant or can start to harvest. But that has changed in the past years and the hottest year for them was 2014.

Juanito Fernando, a tribal leader, showed me the village well that had also dried up. The climate change has also changed their lives. They are experiencing greater hardship and poverty. And they don’t understand why.

Juanito, speaking in Filipino, pointed to the hills, “They were once dense lush forests filled with wildlife and food.We hunted with our bows and arrows, we ate well and our children were healthy. But now they are gone and our wells have dried up and the streams too, this is the worst year ever.” I could see the hills covered with the tall wild cogon grass, now yellow and dry, as if waiting for a spark to turn the area into a deadly all-destructive bushfire. I felt the intense heat and perspired heavily as the tropical scorching sun mercilessly cracked the hard soil where nothing could grow.

Tip of the iceberg

Global warming is seen everywhere in this mountain landscape and the poor are suffering the most. They depend on the earth to produce the food that sustains them. The sweet potato is the only hard crop that they could rely on but they are much smaller than normal, according to Juanito. To educate the village folk and children about the situation, they were gathered by Juanito, who told them about the frightening story that grips the village.“If the rains do not come soon, we will have to evacuate this place and go begging in the streets of the city just to survive."

Who would have thought of this terrible calamity that would befall these gentle proud self-reliant people that had survived for thousands of years before the migrating Malays, Chinese and the invading Spanish conquistadors and American Marines drove them deeper into the forests. They have survived there until the pursuing chainsaws and bulldozers of the loggers cut the magnificent tropical rain forest and burned and hauled the woods on the waiting ships.

Two weeks after my visit, after months of droughts, there was a sudden and powerful typhoon that came through the Pacific Ocean and lashed the villages with roof-tearing winds and mini-landslides. The ferocious weather became more frequent, powerful and destructive than they could remember in years past.

Too warm a blanket

Global warming is caused by the non-stop pollution of the industrial world led by the United States, China, India and Japan. It has become a choking environmental death trap to the world. The billowing fumes carrying carbon dioxide and other greenhouse gases in the atmosphere is like a blanket covering the Earth. The blazing sun is heating up the planet and the heat is trapped inside the blanket of gases.

These greenhouse gases are causing global temperatures to steadily rise and, soon, they will bring the planet’s temperature 2 degrees Celsius higher. That is already intolerable to plant and animal life. Should it continue to rise above that red line, the consequences will be catastrophic for all life on Earth.

The icecaps are melting and the oceans are rising. Some Pacific Island nations are being submerged by the rising sea levels. In fact, some are already planning to evacuate. The Polar icecap has suffered unprecedented melting which has never been seen before. The permafrost of the Artic region is melting, releasing billions of cubic meters of methane gas into the atmosphere.

This is what the Paris conference on climate change must address. Signatory countries have been trying to set strict limits on carbon emissions but they should reach a global agreement as to how much carbon dioxide must be reduced. Yet the powerful greedy industrialists refuse to even believe the scientific truth that has been verified many times over. They continue to pump more deadly gases into the skies.

The last global conference on climate change in Rio De Janeiro, some years ago, failed to bring about a global agreement to curb and control emissions so it is hoped that the Paris conference will succeed this time.

Pope Francis has weighed in on the issue as it has a massive impact on Mother Earth, our only home, that sustains all life. More importantly to the Holy Father, it affects the poor who produce practically with no pollution or greenhouse gases. Yet, they are those who suffer the most from the global warming, like Juanito Fernando and the Aeta people, as well as millions of other indigenous people around the world.

In his historical encyclical letter Laudato si, Pope Francis says climate change “will probably be felt by developing countries in the coming decades. Many of the poor live in areas particularly affected by the phenomena related to warming, and their means of subsistence are largely dependent on natural reserves and ecosystemic services such as agriculture, fishing and forestry.”

The challenge is there for all nations to act swiftly before we reach a summit of no return. The planet will warm to a point when it can no longer cool by itself. Then, disasters will follow. Pope Francis, a trained chemist himself, makes that very clear: “Climate change is a global problem with grave implications: environmental, social, economic, political including distribution of goods. It represents one of the principal challenges facing humanity in our day….If present trends continue, this century may well witness extraordinary climate change and an unprecedented destruction of ecosystems, with serious consequences for all of us.”

In Old Age, They Will Still Bear Fruit

Older people are making invaluable contributions to their community, family, and parish. The Church values the elderly’s apostolate and provides them with pastoral care and support.

Prayer is so intertwined with life that we can safely say that we pray to live and live to pray. To make life coincide with prayer, the follower of Christ needs formal moments of prayer every day.

The backbone of Christian life is made up of the “gospel imperatives”, that is, the virtues of chastity, poverty and obedience. In this reflection, Fr. John explains how each person, regardless of…