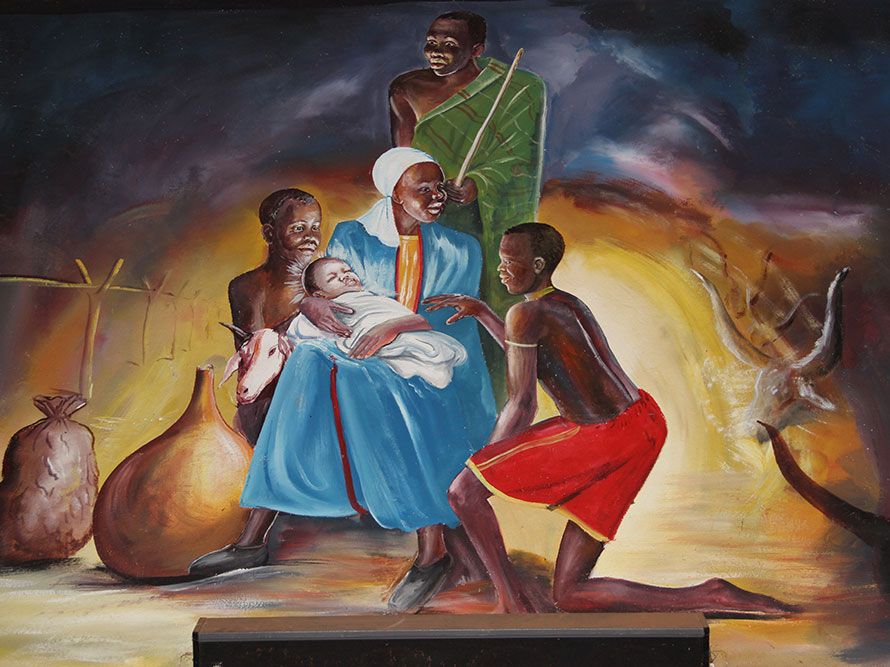 Because of the commercialization of Christmas, many tend to forget the circumstances leading up to the birth of our Savior. It involved a long and arduous journey and happened in a venue where a birth would unlikely have taken place. But it, eventually, culminated in a joyous celebration with people from different walks of life paying homage to the Christ-Child. I was fortunate to have experienced that in Kenya.

El Niño is a periodic climate pattern that has an impact on the world’s weather systems. While the phenomenon occurs in the Pacific Ocean, changing wind and current patterns and unusually high temperatures lead to changes in climate patterns elsewhere. This is the case of the El Niño phenomenon in 1997 in Kenya, a country far from the Pacific Ocean. The usual short rains, happening towards the end of the year, became torrential downpours. El Niño was a nightmare for everybody: roads were washed away, flights were delayed or cancelled, farmers’ crops were inundated, shepherds did not know what to do with milk, which had no way to get into the markets because of flooding.

I was then pastor in Ongata Rongai, a large parish within the Diocese of Ngong in the south of Kenya. For weeks, I was unable to go and visit the Christian communities outside the main center. Christmas was approaching and Fr. Vincent, my assistant, and I started wondering about how to celebrate Mass in the various chapels; there were 26 of them. We decided to schedule at least one Mass in the main centers at or around Christmas Day, and tried to reach those places in time. Fortunately, people were still able to move around despite the rain. So we sent out the schedule to allow Christians in the outstations to organize and come to the main churches.

By chance, I met a lady from Ilpolosat. There, we had a small chapel, with an active community. She asked me if I was going there for Christmas. They did not have any Mass in the past two months and they were hoping to celebrate in style. I assured her saying that no matter what happens, I would go there on the 22nd of December. I would go with a pick-up truck as far as I could manage, and then proceed on foot. She told me she would let other people know.

On the agreed day, I went along the tarmac road until I reached the junction for Ilpolosat. The road was impassable, as I expected. I parked the pick-up truck and started walking. It was a sunny day, not a cloud to speak of, the first in months. I did not have a hat. In the previous weeks, with so much rain, I had lost the habit to carry one with me. (I then remembered my mother saying it wouldn’t be a problem, I had a hard head anyway.)

December and January are the hottest months in Kenya, and the sun is unforgiving. The road I had to follow was a sea of mud. The black cotton soil stuck to my boots, slowing me down. I started suffering from the heat of the sun, and dreaming of reaching the outstation. I would then be able to rest in the shadow of the small church.

When I went over the top of the hill of Ilpolosat, I was surprised to see a large gathering. I headed for the chapel and met with the elders, who were waiting for me, grateful I did keep my word. “Father Joseph,” said one, “when we heard that you were coming to celebrate Christmas, we sent word around. The Christians of other denominations asked to join us in prayer. We hope you do not mind.” Of course, I did not mind, but I wondered where we could accommodate such a crowd. The answer was just under my eyes, everything was prepared so we could celebrate Mass in the open. There in the savannah, with not a tree in sight, I could only hope for the Mass to be short.

It was not. People had prepared dances, the choir seemed to have chosen the longest hymns ever written, and I could certainly not cut corners in the celebration. Christmas is at the heart of the faith, especially for simple people. Besides, they did not celebrate the Eucharist for so many Sundays. After Mass, there was a communal lunch, and I was able to leave Ilpolosat only at around 4 p.m., just in time to reach the car before dark. I had developed a terrible headache, and the following day, I had to go to the doctor because my scalp had turned into a big large painful blister.

I still remember that Christmas. We celebrated Jesus’ birth a few days in advance. Some purists might not be happy, but people did not mind. We had an ecumenical celebration that made clear to all how we should strive to look for what unite us in faith, more than what divides us. People in Ilpolosat were happy; they celebrated together and were proud that the Eucharist had brought so many around the altar. The feast after Mass had been simple, yet joyful: the sharing of food and drink, the laughter, the pristine joy of staying together. Could one ask for more? Although I felt fatigue set in on the way back from Ilpolosat, I was very happy. That day was unusual even for me. I was happy because I saw that the seed of the Gospel, sowed by so many missionaries, was bearing fruit. I was happy to see that the small community of Ilpolosat was able to witness to its faith in dialogue with others. I was happy to realize how the common belief in Jesus had brought so many together, much like the shepherds and the wise men paying homage at the manger. It was like the first Christmas.

As for the lesson imparted by my aching head, I never left home without a hat ever again.

Know the unusual destiny of my dear friend Anna Meli, an Italian young woman who was a volunteer missionary in Uganda, and who wanted very much to be an enclosed nun in Africa.