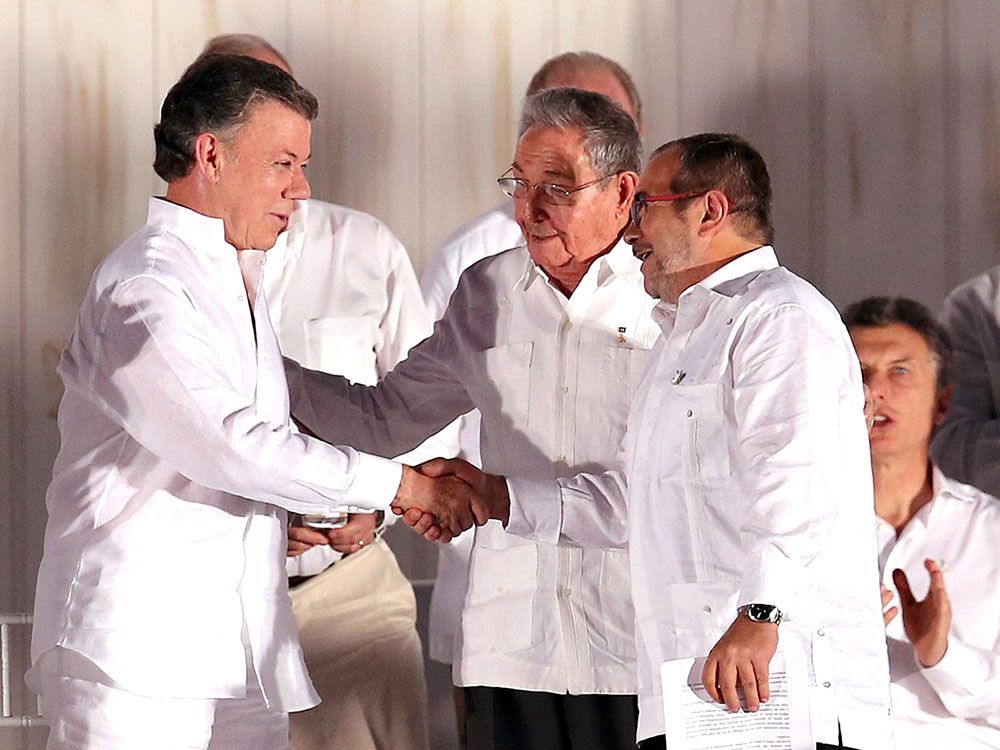 Following the results of the Colombian Referendum on the Peace Agreements, held on October 2, with “No” emerging victorious (50.2% to 49.8% against) on a very low turnout (37.4% of registered voters), the Colombian episcopate have invited political leaders and the entire population to overcome polarization and divisions.

The statement of the Bishops’ Conference of Colombia (CEC), which was presented by Bishop Elkin Fernando Alvarez Botero, Auxiliary of Medellin, Secretary General of CEC, said: “We invite everyone to an objective analysis of the reality, to respectful and fraternal dialogue, unity, generosity. Let us try to promote a ‘culture of encounter’ that prepares us to forgiveness and reconciliation.”

In the statement, the Bishops also emphasize the intention of the Government to convene a national dialogue committee advocating peace. The Bishops reaffirmed the willingness of the Catholic Church to participate, according to its pastoral mission, in the design and development of initiatives to help eradicate the roots of violence.

Finally, they ask the national government, political and social leaders of the country, and FARC to leave aside group interests, to calmly study the results of the referendum, and to continue the dialogue.

The government has announced its decision to re-open talks with the rebel leadership. Government negotiators are already in Havana to confer with guerrilla commanders who have said they will remain “faithful” to the accord.

Thousands, many wearing white, have recently taken to the streets in cities across the country, marching in support of the peace accord. A senior U.S. State Department official said both sides are committed to dialogue: “They have made it clear they want the peace process to continue and they want to negotiate a settlement.”

More than 220,000 have died, and 6 million people have been internally displaced by the civil war which began in 1964.

Colombian President Juan Manuel Santos was awarded the 2016 Nobel Peace Prize – a surprise choice, and a token of support that came just days after voters rejected the peace deal he signed with the rebels.

The Norwegian Nobel Committee paid tribute to Santos for his efforts in reaching a peace accord with FARC – putting the process into motion and making persistent efforts to move it forward despite knowing it would be unpopular.

Cardinal Charles Maung Bo (in photo, right), Archbishop of Yangon and president of the Catholic Bishops’ Conference of Myanmar, issued a message urging everyone to use nonviolence and proposing peace…

ALGERIA: Monks to be Beatified