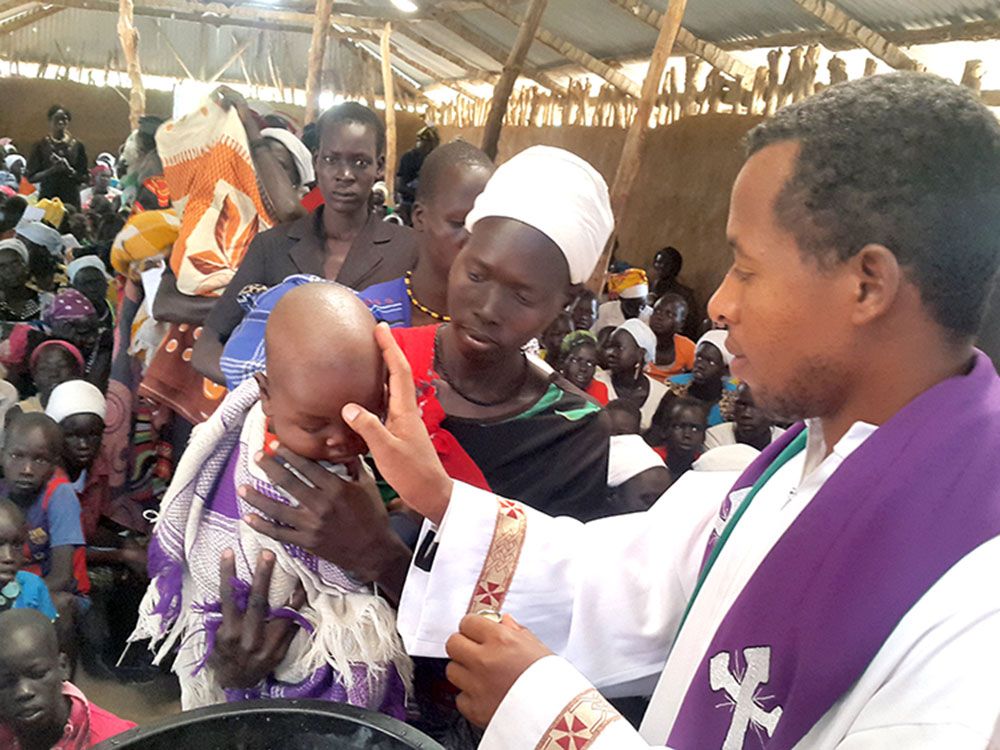 Church leaders from South Sudan have asked Pope Francis to make a joint peace mission with the Archbishop of Canterbury to the war-torn country. Catholic, Anglican and Presbyterian leaders met with Francis at the Vatican after he called them to Rome for an update on the situation in their homeland.

South Sudan, which only became a state in 2011, has been riven with interethnic fighting as government forces, led by President Salva Kiir, clashed with rebels loyal to Riek Machar, a man Kiir dismissed as his deputy in 2013.

“A visit by the Pope and Archbishop of Canterbury would mean unity,” Anglican Archbishop Daniel Deng Bul Yak, the primate of the Episcopal Church in South Sudan, said. “If the two leaders of the major faith groups could come and beg for peace, that would make a big impact on the country.”

Archbishop Paulino Lukudu Loro of Juba added that Francis told them he was “ready to visit” the country, particularly after meeting President Kiir in Uganda at the end of last year.

When asked about the security concerns of a possible visit, the Archbishop replied: “There isn’t security in South Sudan but even those rebels fighting in the bush will come out to meet the Pope.”

During a meeting recently, the Church leaders urged Francis to broker peace talks between Kiir and Machar –something he would be able to do during the visit to the country.

ARGENTINA: We Are All Missionaries “By Nature”

“Being a missionary is a vocation, a call and an election,” said His Excellency Monsignor José Vicente Conejero Gallego to Agenzia Fides, who arrived as a missionary in the Argentine diocese of…

"Do not ignore our tragedy; otherwise, the tide of refugees reaching Europe's shores could swell," says H. E. Msgr. Barani Eduardo Hiiboro Kussala (in photo), Bishop of Tombura–Yambio and President of…

According to a new report by the United Nations International Labour Organization (ILO), the number of international migrant workers increased from 164 to 169 million in 2019, making up one out of…