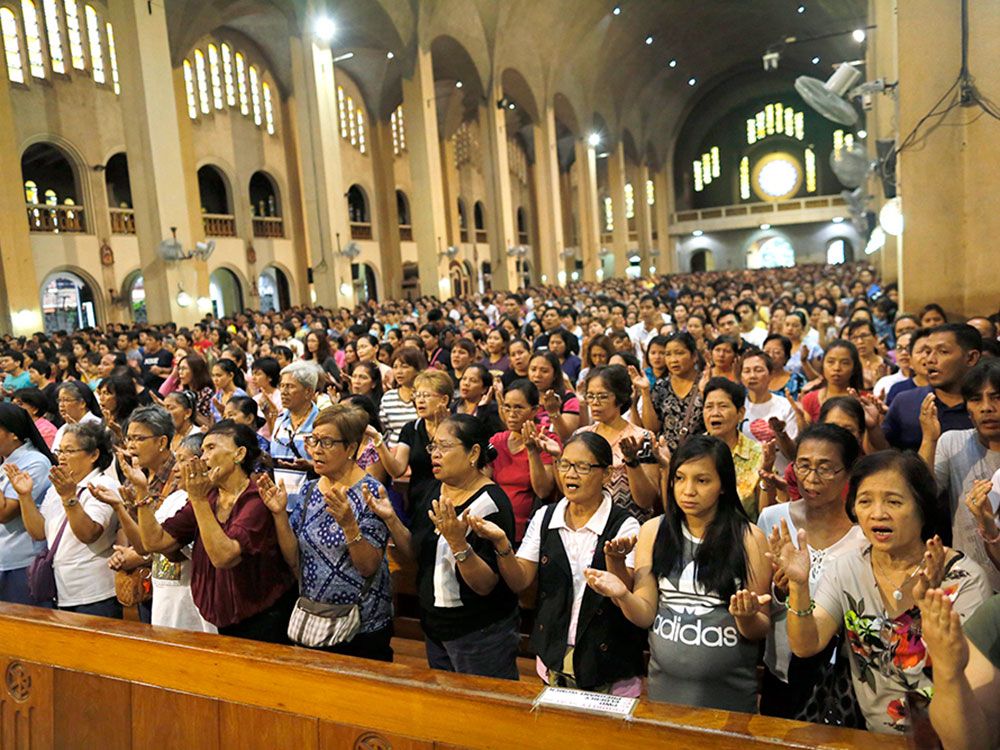 War on drugs: A challenge to the Catholic Church

The Church leadership and the People of God in the Philippines are facing the stark moral realities of the government’s violent war on drugs. They are called upon to take a stand and speak out. They are also called to reach out to those drug dependents who are in danger of being shot dead and in need of healing and help.

While few can doubt the commitment of the President to rid the Philippines of the drug menace, the violent killing of suspects is deeply troubling when police and the military, sworn to defend the constitutional rights of all, are part of such a campaign. They are bound also by the Universal Declaration on Human Rights and international treaties, protocols and the rule of law. The principle “innocent until proven guilty beyond reasonable doubt,” is a sacred principle to protect the innocent against false accusations, arbitrary arrest and summary executions.

The Catholic Church has made a statement on the killing of suspects recently. The head of the Catholic Bishops Conference of the Philippines (CBCP), Archbishop Soc Villegas, signed a statement that deplored the violence. The key sentence says:

“Although death is a twin sister born with us on the same day we were born, death by terror and violence, death in the hands of our fellowmen is a sin that cries to heaven for vengeance. With willful murder, we also grieve the sins of sexual perversion, oppression of the poor and the defrauding of laborers of their wages. Like murder, these sins cry to heaven for divine justice. We are not numb to these other offenses against human life.”

But is it enough to make a pious statement and should it have cried to heaven not for vengeance but instead issued and led an action campaign as it did against the reproduction law? Should it have declared a clear message that the killings of suspects is wrong and we need to work for justice and peace?

Eighty percent of the Philippine population can be said to be Catholic and perhaps 60 percent know and believe in the commandment, “Thou shall not kill.” And the dictum, “Do unto others as you would want them to do unto you.”

How many in the poll were practicing Catholics is unknown but a majority is a safe estimate. Catholics are committed by their faith to uphold life, and support and protect the downtrodden and to take a stand for them. So the Church must question the lethal methods used in the war on drugs.

Those methods according to some commentators violate human rights and the dignity of the human person. If Catholic life is about upholding values and human dignity and not only routinely attending Holy Mass, religious rites and rituals and singing hymns, faith has to be seen flowing into action. Catholics are called by their faith to take a stand on the moral issue of justice and due process and the rights of the people to live and not be shot dead on mere suspicion.

If many have supported the campaign, they will come to grief when it turns on their children and their relatives and they will feel that there is no community, church or civil institution left to protect their rights.

Novaliches Bishop Emeritus Teodoro Bacani appealed to the conscience of the authorities and other individuals to stop killing drug suspects. Taking a stand and speaking out for justice, for what is just and right, but while many can and should support the many good things in the administration, the shoot-to-kill ought not be part of it and the Catholic community must decide on that.

During an inflight press conference the Holy Father requested journalists to be pacifists. Pacifism does not mean lying down and allowing brutal aggressors to kill and destroy. Quite the contrary!…

As Christians, what does it really mean to respect life? It means that all life – including the environment – but especially human life, is a precious gift from the Creator. And therefore, no one,…