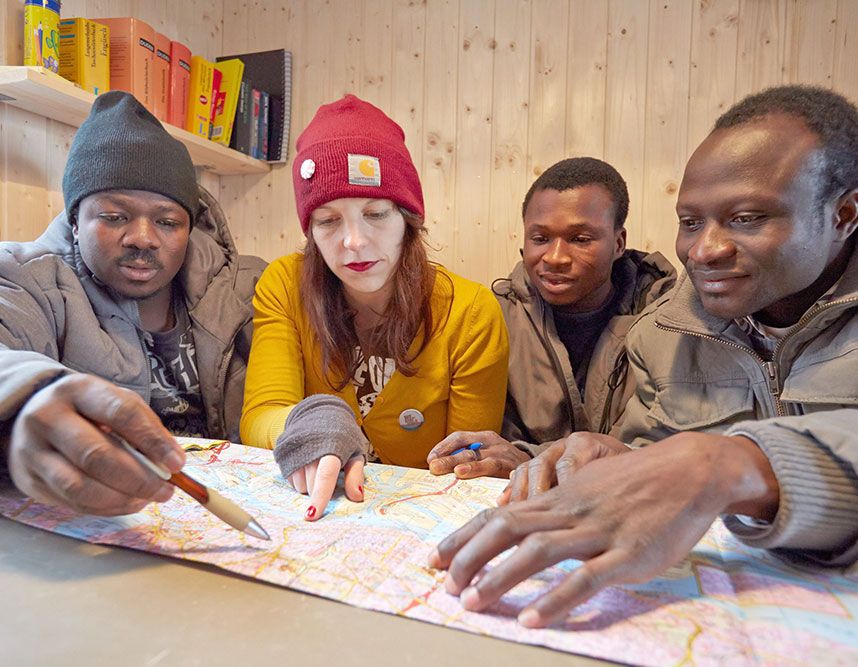 “The international media show youth migrating to different areas of the Middle East and Europe, but that’s 20 percent. Eighty percent is within Africa, so the great migration, displacement of the youth is within Africa. Why? Because of lack of governance and because of that we have corruption, conflicts, sometimes civil war, liberation movements, supporting this or that side. Together with that is the great trade in the world, the arms trade, which is really big business in Africa, coming from Europe, America, China, and some developing countries where they sell arms,” he said.

“It is sad when we hear some borders are being closed to some needy people who are escaping poverty, war and conflict in Europe. You ask yourself: where are the Christian roots of Europe? Is not Europe a continent of Christian countries which confessed Christian, biblical values?” he posed.

“In the old days, when a migrant went from one place to another, he was received well, given a glass of water to drink, some water to wash his feet, and given a place to rest. Nowadays being migrant is not easy. When many Europeans migrated to other countries in the world, they had a better chance than the modern migrants we see now,” he said.

China’s birthrate plummeted to a record low last year, highlighting a looming demographic crisis for Beijing caused by a rapidly aging workforce, a slowing economy, and the weakest population growth…

PUERTO RICO: Appeal for the rebirth of the country