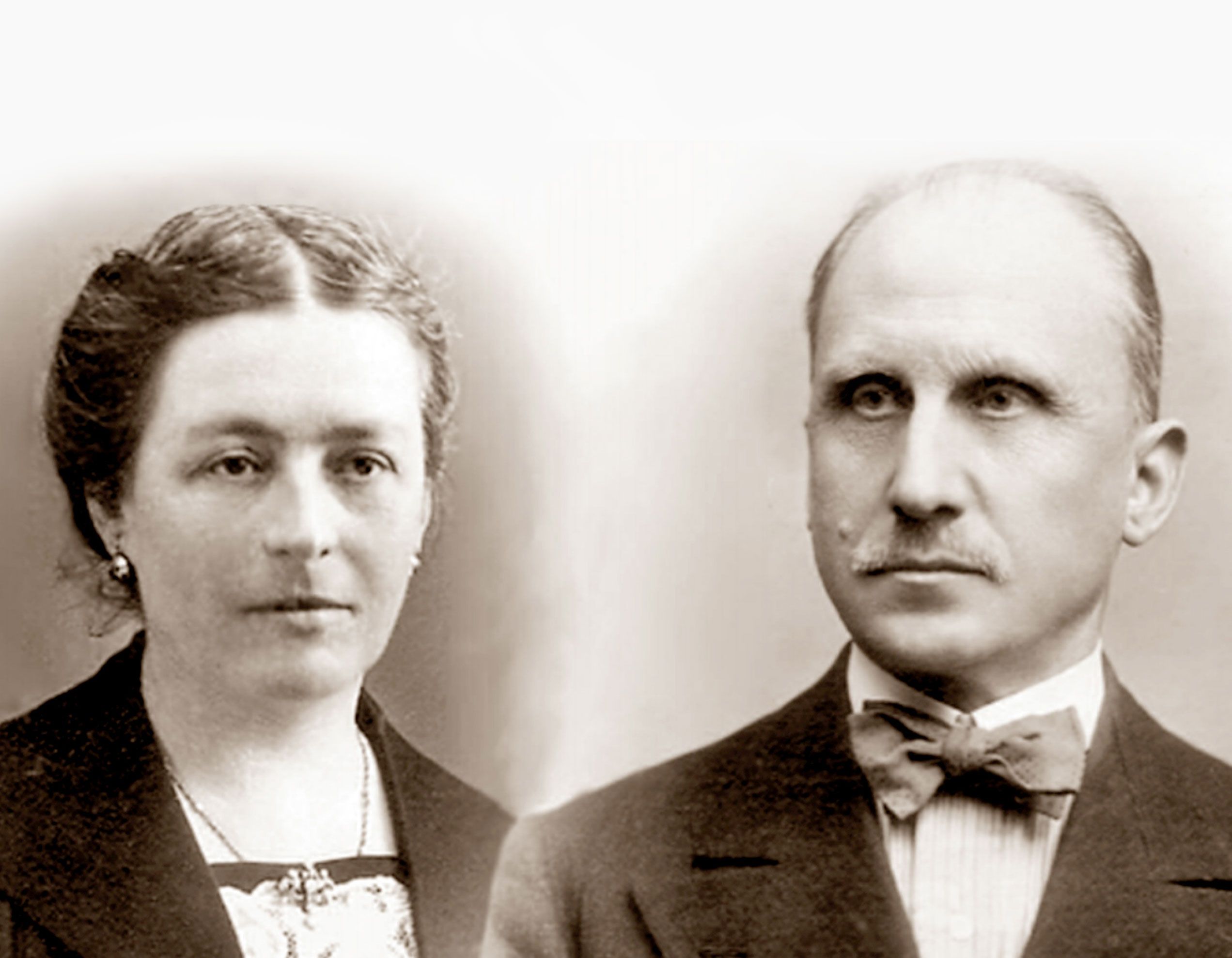 The Power of Two

He was a lawyer and a civil servant, she a housewife, a writer and a mystic. They are the first couple to be declared blessed, a shining example of the holiness “next door” of which Pope Francis speaks.

Louis Beltrame Quattrocchi (1880-1951) met Mary Corsini (1884-1965) in her home in Florence and they were married on November 1905 in the Basilica of Saint Mary Major in Rome. The following year, Philip was born, followed by Caesar and Stephanie. In September 1913, Mary conceived another child. In the fourth month, violent hemorrhaging began. The diagnosis fell: placenta praevia (bad placement of the placenta which prevents a regular delivery). At the time, that amounted to a death sentence for the mother and child.

The gynecologist, a famous professor, declared that a termination of the pregnancy was the only hope to save the mother. Mary and Louis were appalled. Directing their gaze to the Crucifix hanging on the wall, they drew from Him the strength to respond with a categorical “no” to abortion.

Contradicted and at a loss, the professor said to Louis: “With this decision you are preparing to be a widower with three children to care for!” The answer remained unchanged: the “no” remained “no.” Terrible anguish fell on the family. The only source of light came from a boundless trust in God and in the Most Blessed Virgin Mary. The communion of husband and wife, rooted in God, became stronger than ever.

Four months passed in this way, with Mary staying in bed. Finally, on April 6, 1914, at the end of the eighth month, confronted with the mother’s weak condition, the gynecologist intervened to induce labor, and Maria gave birth by natural means. Little Henrietta was born. In spite of the pessimistic prognosis, both mother and child were saved. This trial manifested the quality of the faith of this Christian couple.

A Lawyer and A Writer
Louis Beltrame was born in 1880, at Catania, Sicily, Italy. He added to his father’s name that of his uncle Quattrocchi who, unable to have children of his own, adopted him. In 1891, he moved to Rome with his aunt and uncle. After studying law, Luigi began a career as a lawyer. He loved the great literary classics, as well as music, theater, the beauty of nature, and travel. A friendship between the Corsini and Quattrocchi families provided the opportunity for Mary and Luigi to meet and eventually marry.

Possessed of a very open mind, Mary had a thirst for knowledge that would not diminish with time. She delegated many material tasks to the staff that served the family, as was customary at that time among middle-class families. Over the years, she wrote articles and books – it was her “apostolate of the pen.” Her writings, which her husband also worked on, were addressed to mothers and families.

In politics, the Beltrames initially supported fascism as a way of promoting the moral, religious, cultural, and social ideas the party espoused. However, over time they became more suspicious of the regime, and eventually came to disapprove of it entirely, when its racial laws were introduced. They then went to great lengths to save Jews.

In 1943, Louis was chosen by the President of the Council of Ministers to become the Counsel General of the Italian State. Later, he was invited to step forward as a candidate for a seat in the Senate. With Mary’s agreement, he declined this offer, because he did not share certain orientations with those who extended this invitation.

Louis was a discreet man, naturally endowed with a certain air of distinction and friendliness in his relations with others. More interested in apostolic than professional activities, he was involved at the parish and national levels, particularly in programs for the formation of youth and especially scouts, for whom he sacrificed hours that could have been used for rest and relaxation.

Maternal Priesthood
Their family life was never dull. There was always time for sports, holidays by the sea and in the mountains. Their house was open to their numerous friends and those who knocked at their door asking for food. During World War II their apartment in Via Depretis, near St. Mary Major, in Rome, was a shelter for refugees. Every evening they prayed the Rosary together, the family was consecrated to the Sacred Heart of Jesus, solemnly placed on the mantelpiece of their dining room.

In the middle of their busy life, the flourishing of the first three children’s vocation took place whose development was followed with love and firmness for a greater generosity and faithfulness to the call of God. This is what Maria wrote to her second son who manifested the decision to follow his elder brother in the priesthood:

“My dear Caesar, yesterday, seeing you also with the cassock, next to your brother Philip, in offering you also, and in the most complete way to the Lord, I felt myself, my dear son, to be your priest. I had already thought with Philip that I had done a bit like the Blessed Virgin when she presented to the temple her only begotten Son. Therefore, for this very reason, I have the right to call myself also your priest.”

Holiness in Ordinary Life
In November 1951, Louis died of heart attack in his home in via Depretis. After 14 years as a widow, Mary joined Louis. On August 26, 1965, she died in Henrietta’s arms, in their house in the mountains, at Serravalle. They were a couple who knew how to love and respect each other in the ups and downs of married and family life. They found in the love of God the strength to begin again.

They never lost heart despite the negative part of family life.  They moved forward with the grace of God on the way to heroic sanctity in ordinary life.

A life for Ethiopia

Comboni Missionary Bishop Armido Gasparini (1913-2004) tied his existence to that of the peoples of the Horn of Africa. A churchman and a scholar, he passed away at 91, after spending 52 years in…

Endowed with a strong, energetic temperament, the young French woman Elizabeth Catez (1880-1906), was called by God to gather the spiritual legacy of her contemporary, the great Therese of Lisieux.…

A Catholic medical doctor from New Zealand, Edric Baker (1941-2015) was well known and loved in Bangladesh for his untiring service to the country’s poor. In 1983, he set up the Kaliakuri Health Care…