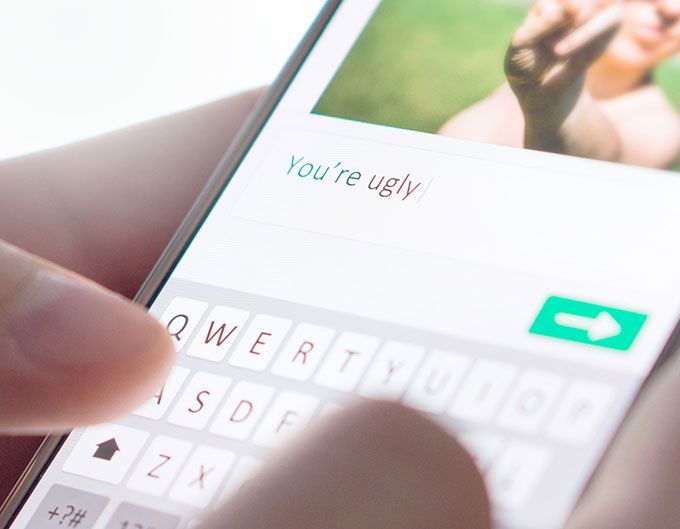 On September 25, 2016 Jover Laurio posted an open letter in her personal Facebook account. It was addressed to Philippine President Rodrigo Duterte. The letter detailed 10 reasons why Jover, a private citizen, was opposed to the highly popular President. These were, among others, the rising number of alleged extrajudicial killings or EJKs (which included children caught in the crossfire) as a result of the government’s “war on drugs,” Duterte’s cursing of international leaders critical of his administration, his seeming obeisance to China, and Duterte’s deferential respect to the late Ferdinand Marcos and his family.

Jover’s post went viral, garnering thousands of likes and shares. The online retaliation from Duterte supporters, however, was swift and vicious. Hate messages and death threats poured in.

“Natakot ako [I got scared],” says Jover, who agreed to be interviewed for this article over the phone from a safe house where she and her mother are staying under the protection of a security detail.

The Internet provides trolls with a cloak of anonymity that “supports a venue for people to ‘unleash’ certain impulses not appropriate in face-to-face interaction,” according to Maria Corinna Escartin, a graduate student in sociology at the University of the Philippines-Diliman. Escartin is the author of the local study, “Rogue Cops Among Rogues: Trolls and Trolling in Social Networking Sites,” published in 2015 in the Philippine Sociological Review.

A troll is a person who creates conflict in social media sites by posting inflammatory, hateful, off-topic messages. Whether for the troll’s amusement or a specific gain, the sole intent is to provoke an emotional, often angry, response from other users.

In 2017, an online survey called “The Perils of Perception” involving more than 29,000 respondents highlighted how wrong online users across 38 countries are about key global issues such as murder, terrorism, and health issues, among others. The survey was conducted by Ipsos MORI, the second largest market research organization in the United Kingdom. Filipino respondents secured the dubious honor of being the third most ignorant about key issues, faring only slightly better than their counterparts from cellar dwellers Brazil and South Africa.

But the survey revealed a more unsettling finding: Filipino respondents were also among the top 3 most confident about their wrong perceptions. Rappler reporter Natashya Gutierrez believes the survey’s findings may explain two persistent trends in the Philippines: the toxicity of the social media environment, and the spread of fake news.

Local newspaper Philippine Daily Inquirer defines fake news as the 3Ds: a Deliberate act of fabrication or manipulation; Disguised to look, sound, or feel like the news; and designed to Deceive. A Social Weather Stations (SWS) survey conducted in the first quarter of 2018 revealed that 67% of adult Filipino online users considered fake news in the Internet as a serious problem.

Birth of Pab
After her open letter went viral and she became the target of online bashing and death threats, Jover stopped posting in her personal Facebook account. She continued her work as a call center agent while taking up law in a Manila university. Life went on. “Pero ang hirap hindi magsalita laban sa araw-araw na EJKs at pagkalat ng fake news.” [But it was difficult not to speak out against the EJKs occurring everyday and the spread of fake news.]

In December 2016 Jover set up the Pinoy Ako Blog (PAB) page in Facebook. Writing anonymously as PAB, Jover resumed her criticism of alleged EJKs and government policies that she thought were misguided. She also exposed and debunked fake news spreading in social media by presenting documented proof, which she calls “resibo” (receipt). During this period, Jover says the PAB Facebook page received hate messages and death threats everyday but “at least hindi nila alam na ako iyong nagsusulat [they didn’t know the blogger is me].”

As the number of PAB followers grew, so did the number of mass reports submitted to Facebook accusing the page of “harassment.” Facebook suspended the PAB page several times. Jover wrote letters of appeal to Facebook, and PAB was eventually re-opened. “Doon ko naisip na magbukas ng sariling blog site para sa PAB.” [That’s when I thought of putting up a standalone blog site for PAB.] She figured that even if Facebook suspended the PAB page again, the blog site would remain up.

Malicious Intent
In October 2017, a pro-Duterte blogger published an article identifying Jover as the author of PAB. The blogger also posted links of Jover’s old Facebook and Twitter posts and her Pinterest account, and revealed the university where she was studying. This is called “doxing”, an Internet-based practice of researching and publishing private or identifying information about an individual on the Internet, typically with malicious intent. Doxing is a potential violation of the Data Privacy Act and Cybercrime Prevention Act. By stripping Jover of her online anonymity, the “doxing” not only opened anew the floodgates of hate messages and death threats; it also exposed her to bigger, potentially lethal risks.

On January 7, 2018 the Philippine Daily Inquirer chose Jover and other voices against fake news as the “2017 Filipinos of the Year.” The newspaper’s editors lauded Jover as “the lone, once-anoymous, much-abused person behind Pinoy Ako Blog…[who] stood out for her patriotic daring, the frequency and freshness of her posts, the dark humor of her blog, and, not least, the courage she showed in the face of overwhelming personal abuse.”

They praised the awardees “for holding public officials to account for their statements, for proving that the democratic ideal of governance is not mere consent of the governed but informed consent, for insisting on the facts that cast light on the truth.”

Three weeks later, a man knocked at the gate of the rented apartment where Jover and her mother were staying. Identifying himself to Jover’s mother as an employee of a telecommunications company, the man claimed he was checking the mobile network signal in the area. He then asked if someone named Jover Laurio was living in the apartment and for how long, if she was married, and how many people were living there. Before leaving, the man took photos of the apartment.

Jover contacted the telco company to report the incident, and was informed that no mobile network signal checking was conducted in their area on that day and that the telco company’s field personnel do not ask such questions from customers. A friend who works at the Commission on Human Rights advised Jover to move to a new residence, warning her that she had just been profiled and the next phase could be “liquidation”, a euphemism for assassination. Jover and her mother immediately relocated to a safe house provided by friends.

Training Truth Warriors
After being doxed, Jover was forced to quit her call center job and temporarily stop attending classes – a routine life posed too many risks. Jover now works from their safe house, writing PAB articles on her smartphone during weekdays. She has recently gone back to law school. On weekends, Jover serves as one of the program coordinators of Fact Check Philippines, conducting workshops across the country to empower Filipinos to become “truth warriors” and organize their community in identifying and fighting fake news. She is happy that Fact Check Philippines receives numerous requests from teachers, students, priests, seminarians, and civil society groups to conduct the workshops in their communities.

Meanwhile, the hate messages and death threats continue. Jover admits she is afraid, but something stronger compels her to continue the fight. “Ang pagmamahal ko sa bayan ay higit pa sa takot na nararamdaman ko araw-araw.” [My love for our country is greater than the fear I feel everyday.] Courage, she says, is choosing to fight despite being afraid because you know you are on the side of truth.

“What we are fighting for is for our children. When we grow old we can tell our children ‘You know, back then I fought for your right to have a social media environment free of fake news.’”

Atop a mountain inside the Philippine National Police (PNP) regional office in Camp Kangleon, Palo, Leyte, stands a 20-foot statue of the crucified Jesus. The work of art represents the PNP’s…