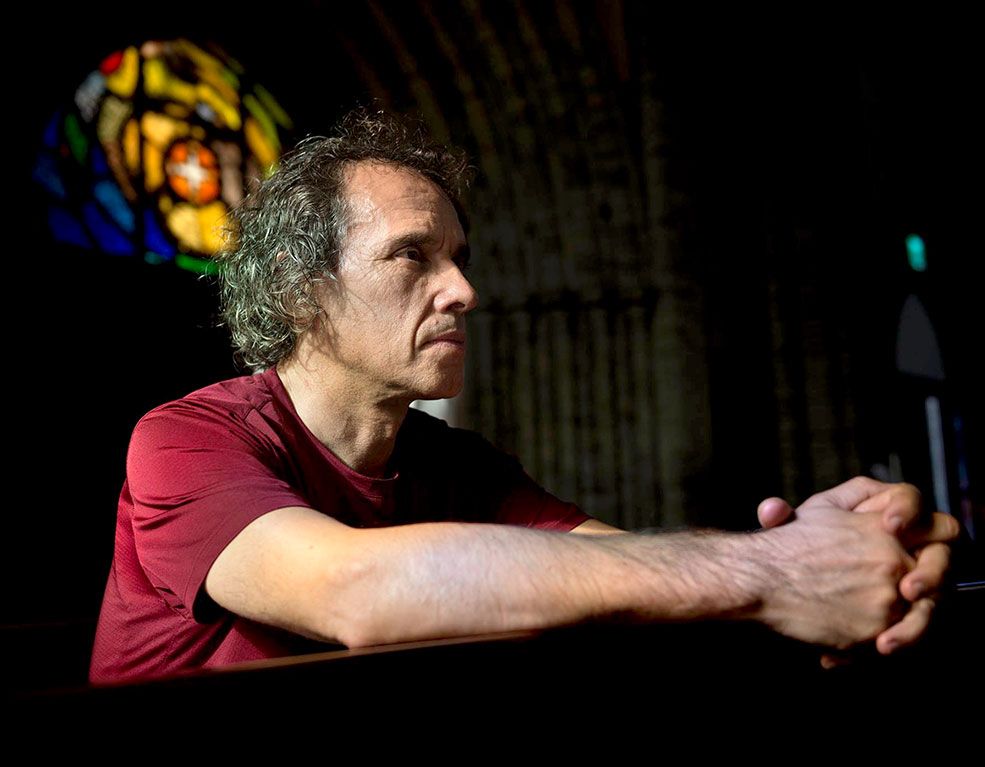 A Deeply Human and Divine God

A missionary in South Korea for the past 30 years shares his personal experience of mission, highlighting not so much what he preached, but what people, the poor and the street have taught him about who God is.

I don’t believe and I don’t even care anymore in a distant and philosophical God, praised in the high heavens by choirs of Angels and Archangels, Cherubs and Seraphs: “God from God, Light from Light, begotten not made.” But I do believe in God who is a Father, who became a tender Son and that He chose the delicate womb of a young girl to meet me.

I no longer believe so much in an Almighty God as Creator that has shaped the universe into a magical moment and then impassively ignored it in its anonymous evolution. I, however, believe in a God who continues to create the world every day together with me, in a joyful relationship, mixing it with love and imagination.

I do not believe in an Eternal High Priest in the manner of holy and immaculate Melchizedek, separated from sinners and aristocratically elevated above the heavens, which demands a shining sanctuary for His sacrifices. I believe in a humble God, who rejects expensive liturgical clothes and instead wears a seamless tunic, is sweaty and infected by the unclean hands of leprosy, who meets the people where they live, in their homes and in their squares.

God/Brother
I don’t believe in an Invincible God of Gods who is present in the mighty thunder and in the indomitable fire that fights, destroys, humiliates and annihilates the enemy until defeat. I believe in a God/Brother who invades the heart of every person with tenderness and compassion and then conquers it with joy and forgiveness; a God who, moreover, asks me in an absurdly divine way to love the enemy and pray for the one who persecutes me.

I don’t believe in an Omniscient God who magically gives happiness and health by giving easy healing and blessings through a prayer superstitiously recited, and furthermore demands great offerings to fulfil my pleas. I believe, though, in a God who taught me that prayer is a simple act of trusting dialogue between a son and His beloved Father.

I do not believe in an impassive and imperturbable God who, in front of the dramatic events of our humanity, is far and absent from our pains. Instead, I believe in a compassionate and merciful God who wrote my name on the palms of His hands and, after seeing the tormenting sufferings of His beloved children, became a suffering human being and shared with me His last tragic moment of the human being: death.

I do not believe in an easy and triumphant Resurrection over His bitter enemies. I believe in a long and tiring Paschal journey permeated with disbelief, doubts and joys, but at the end He overcame suffering and death.

So, I fell madly in love and let myself be fascinated by God. After walking through the dusty streets of Palestine, He came to me gently and taught me that the Way of happiness and wellbeing is generosity and love. This reality must be lived in every moment as a joyful gift of myself to others.

He sat down at the table and ate with the sinners and prostitutes. He did not demand that I have a pure and unblemished soul as a condition for being able to meet Him, but He accepts me and loves me for that fragile sinner that I am. From this gratuitous encounter, only desired and originated by Him, my enthusiastic response and my joyful desire to follow and love Him was born.

As a humble Master, when He made His most important sermon, He did not choose a sumptuous synagogue, proposing unreachable teachings and imposing incomprehensible moral doctrines. Instead, He preferred a green hill full of fresh grass and simple people, telling them: “Blessed are you poor, blessed are you afflicted, blessed are you hungry because now you are comforted ...”

He overthrows the powerful from their thrones and raises the humble. He continually has quarrels and difficulties with rich, haughty and proud people, but He always welcomes the miserable people with joy and never chases away a poor person or a sinner from His presence.

He does not need my insipid prayers, crying out to Him in front of a terrifying stone statue. Instead, He lovingly listens and perceives the silent moan of my heart, swollen with pain and full of hope, even before I can express them.

After wearing a ragged apron, He knelt on the ground and lovingly washed the feet of Judas the Iscariot, the traitor. What a tragic and incredible moment: God kneeling in front of His executioner! I believe that this is the moment in which a wonderful New Life began: The Kingdom of God as peace, love and forgiveness.

After His Resurrection, He gathered His few remaining disciples on the shore of the lake and He did not reproach them with haughtiness, nor shamelessly scold them for their cowardice or taught them the last theological truths of faith that they had not yet understood. But, after having prepared some fish on the fire, He tells them, with the tender love of a mother: “You have worked all night you will be tired, come and eat ...” How shocking is God, so deeply human and so admirably divine!

Embracing Me
After tenderly accepting me, forgiving me and embracing me, He whispers to me: “I no longer call you servant, because the servant does not know what his master is doing. Instead, I call you “friend.” I am a “friend of God.” What a stupendous and mysterious reality!

Unfortunately, many times in the past, I have reduced God to Ultimate Reality, philosophizing, thinking and explaining God as a theological and moral dimension to be studied and understood. Now, I realize that He is an exhilarating experience of freedom and joy.

It is the Living One that I meet, in a personal relationship of reciprocity and responsibility, where He asks me to collaborate in building a different, better, more beautiful world, founded on love. He is the experience of true life, lived in the fragment of every moment of my little being.

To be an authentic peacemaker, inspired by the Gospel and a nonviolent approach, requires special skills. Archbishop Thomas Menamparampil shares a few lessons that he has learned working for peace in…

Drawing society together itself is a great mission today in a fragmented world, when people feel pulled apart in all directions by forces beyond their control: ethnic hatred, political anger,…