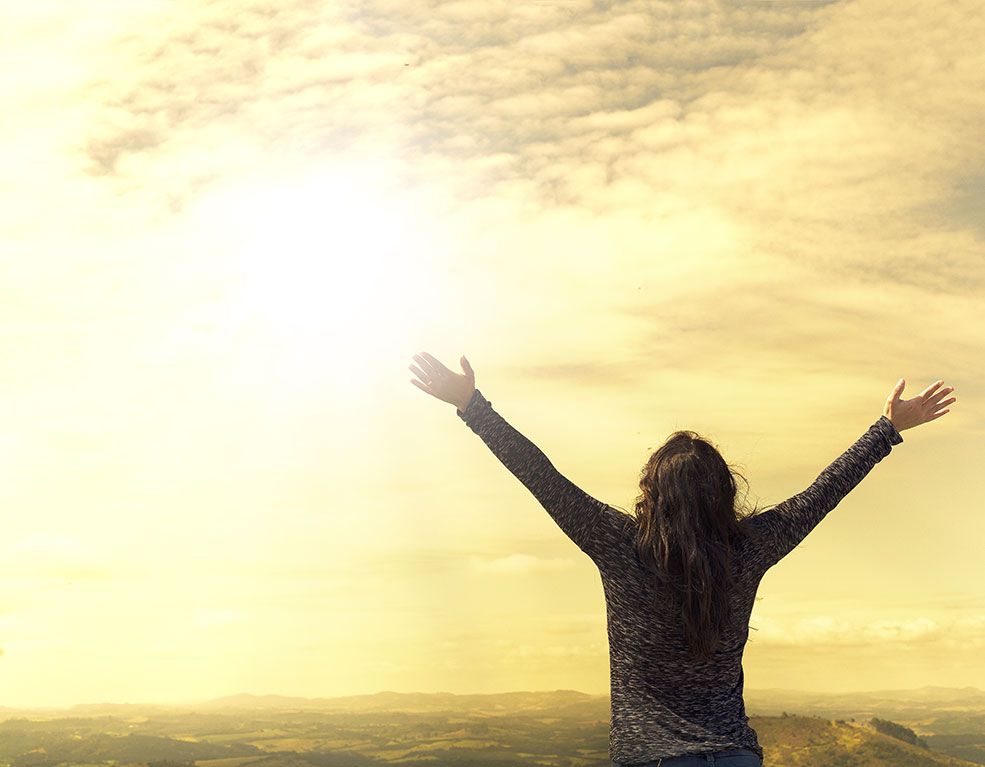 It is not easy to believe in a message of joy amidst the agonies of coronavirus that has swept through the world and caused the deaths of hundreds of thousands. In the midst of pain we are urged to stand erect and be Bearers of Hope to usher in a new stage in human history.

Pain provokes thought as no pleasure can. It sets you thinking about the less apparent truths of life and realities that sends you searching. It enforces upon you a more perceptive understanding of the pain that you experience. It often compels you to reinterpret the tragedies around you that expose the fragilities of human nature and the fallacies within human claims.

The collective pain the Roman world experienced due to the fall of their capital in 410 inspired St. Augustine to write the City of God, offering a spiritual diagnosis of the secular order in painful transition and presenting a faith vision of the political and social tragedies that bewildered his contemporaries.

The plague that carried away more than 50-75 million people in Europe in the 14th century stirred deep reflection in Christian hearts on the transitory nature of human affairs, bringing into existence a great variety of spiritual writings like Thomas a Kempis’ Imitation of Christ.

Deep reflection draws a ready response from generous hearts as well. It is believed that the pains the Church went through during the French Revolution and the suppression of religious orders stimulated the rise of many new congregations in new forms, with creative styles of organization and a profound sense of mission.

The agonies that Calcutta went through during the partition of India, along religious lines and the forced migration of immense populations across borders just when the pains of World War II were still sore, prompted Mother Teresa to come to the rescue of the “poorest of the poor” in the city who found themselves helpless in the streets.

It is amidst pain that we need “Bearers of Hope.” So, just as pain provokes thought, it invites a response. Jesus urges us: When everything goes to ruins all around you, retain your hope, “Stand erect, hold your head high, because your salvation is near” (Luke 21:28). Bearers of Hope usher in a new stage of human history; and a phase of pain is a necessary part of this process (Matthew 24:18).

Christmas Holds Up Hope
It is in pain that a new human being comes into existence (Genesis 3:16) bringing joy to the family. In this Christmas season, we think of the birth of Christ and the angels announcing peace and well-being to all people (Luke 2:14). We admit, it is not easy to believe in a message of joy amidst the agonies of coronavirus that has swept through the world and carried away hundreds of thousands of lives.

We look to Mary for inspiration. She went through an experience of pain and rejection, giving birth to a child in a forlorn manger. And yet she took the words of the shepherds who were Bearers of Hope in her context and who set her thinking “deeply” about what she had heard seriously (Luke 2:19). The birth of that Child was to bring Hope, not only to her and to her family, but also to the whole of humanity. There are, then, deeper meanings to the reality of pain.

“It is a human crisis,” cries Antonio Guterres, the Secretary General of the UN, referring to coronavirus. The calamity has placed us in the midst of the worst crisis since World War II. “It is much more than a health crisis. It is a human crisis.”

The elusive nature of the pandemic caught us unprepared and helpless. We were inwardly challenged. Our very social order stood questioned: imbalances in decision-making bodies, structures, and relationships; wrong priorities in social goals, choices, tastes, and approaches; intolerance of diverse opinions; insensitivity before suffering; unfair distribution of resources and consequent inequalities; violent approaches to social problems; a divisive spirit; neglect of the weaker sections; unconcern for the aged, the ailing and the erring; and lack of a deeper sense of responsibility.

Sociological repercussions are not sufficiently studied. For example, those controlling big media are making billions, while millions of subsistence-level earners have lost their livelihood. Furthermore, some 200 vaccine producers are competing for the first-producer advantage instead of concentrating on a collective effort in view of shared benefits. Tedros Ghebreyesus, Director General of the WHO, was bewildered with this sort of “vaccine nationalism.”

Psychological strain on individuals and society is hardly reflected upon: growing panic, depression, and anger, with the number of domestic quarrels on the rise. Emotions run high; anxieties keep people in grip. Two million guns were sold in America in March alone; people feared civil unrest if things went out of control. A report said, in Italy alone, ten thousand health workers had been affected. Those healthy are under intense inner anxiety. Fake forecasts circulated in Spain, rousing fear. However, America was forced to bear the brunt of infections, with Brazil following closely behind, and India moving further ahead.

A blame-game has been going on: against China, against the WHO, against the officialdom, against the police, against hospital staff, against neighbours who could be carriers of the disease. Hate speeches are rising in decibels. Antonio Guterres is shocked about the way coronavirus has given rise to “a tsunami of hate, xenophobia, scapegoating and scaremongering”.

Trust In God
He asks religious leaders to come forward and help remove panic from hearts and urge wholehearted cooperation. That, indeed, is the mission of believers today: to remove fear and sustain Hope in the hearts of the ailing and the anxious. “Why are you cast down my soul? Why groan within me? Trust in God, I will praise him still. My saviour and my God” (Psalm 42:5).

Mental health professionals are increasingly noticing a world of anxieties, leading to insomnia, guilty feelings, fear of stigma, suicidal tendencies, and claustrophobia. Lockdown and social distancing have only aggravated the situation. Unemployment has impoverished people and given them a sense of worthlessness. People ask themselves like Hamlet: “To be or not to be?”

A mother of four in Lebanon swore that if she would be hit by the virus, she would like to die. A German minister, Thomas Schaefer, committed suicide. Another Thomas committed suicide near Mangaluru in India. Dr. Lorna Breen in New York opted for death after seeing the number of patients increase beyond measure. These are just few of the many.

If history has something to teach us in the midst of every human tragedy, it is that there appear persons who are self-possessed, self-inspired, serene, confident, and are eager to help others even at great sacrifice. They avoid all pessimism. They look aloft. They “think.” They help others to think from diverse points of view and regain their basic human orientations, and retain their gentle self-composure, optimism and hope.

Christian believers did this in Nazi camps in Germany, Communist camps in Russia and China, relief camps after ethnic clashes, earthquakes, floods or tsunamis.

The book of Proverbs says, ‘When hope is crushed and heartbroken, if a little wish comes true, it fills you with joy’ (13:12). A ray of hope can be brought to the worst of victims: a phone-call, an email message; a WhatsApp photo; a communicated prayer; financial help; medical aid; spiritual assistance; a direct intervention in keeping with your good sense and local possibilities. Your concern communicates. Hold aloft a message of Hope where it is needed most. That has been Pope Francis’ message.

Rushing To The Neediest
Aristotle said, you discover your mission in life when your personal talent meets with a specific social need in context. Your Christian identity adds a strong urge to fulfil that mission because you know that it is God Who is calling you, Christ Who is sending you.  It is to this privileged group of committed people that all of us are invited: to reach out where you are needed most, according to needs and possibilities.

This invitation stands valid not only in a situation of coronavirus, but also in your life’s ongoing anxieties, in the hurts and pains of the human condition. This is the most generous dimension of your Christian vocation: to be happy to reach out to the neediest and to where the need is greatest, in your own personally unique manner.

You will surely emerge most effective in this service. You will sound more persuasive, if at some time in your life you had also told yourself while in pain: “Hope in God, I will praise Him still, my Saviour and my God” (Psalm 42:5).  In other words, if you yourself have gone through similar agonies in the past and have preserved your sturdy Hope in God, you are more likely to convince people. Your experience is your convincing message.

The Special Assembly of the Synod of Bishops for the Pan-Amazonian Region will take place in Rome from October 6-27 on the theme, “Amazonia: new paths for the Church and for an integral ecology.” Here…

A Dominican friar shares his experience of spending his yearly vacation in an ashram in India. Under the guidance of a guru and following an exigent daily schedule, the retreatants embark on an inner…

The panorama of Christian communities across Asia does not present a coherent picture to the outside observer, and the persecution of Christians is varied in these countries. It is difficult to…