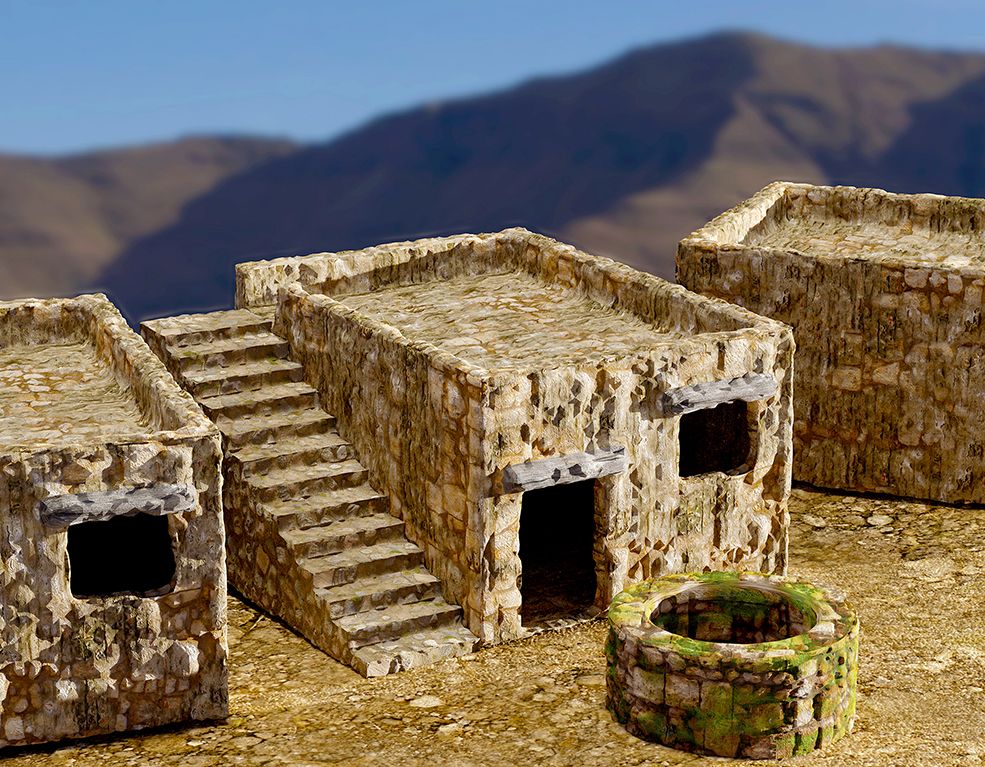 We tend to misinterpret Jesus and His message because we have only a scant knowledge of the social and political environment of Palestine at that time. Let us have a look at the social reality at the time of Jesus; as this may help us to understand His words better.

Jesus was born in Palestine at a time when the Jews had lost political control of their country. The kingdom of Israel was started by Saul, expanded by David, and reached the peak of its glory under Solomon.

The land we now call Israel was divided by different powers until the arrival of Alexander the Great in 332 BC. He ruled over a large empire of which Palestine was an insignificant region.

After his death, the empire was divided up by four of his generals, and Greek became the language of the whole western world. The Holy Land fell under the control of either Syria or Egypt, since the balance of power shifted often. Many Jews went to live in Alexandria in Egypt, where the Bible was translated into Greek, and is known as the Bible of the LXX, or Septuagint.

When the Syrians finally took control of Israel in the eleventh century BC, they persecuted the Jews and imposed laws unacceptable to them. This led to the Maccabee revolt.

The Maccabee family provided the leaders of the revolt and guided the people to reconquer Jerusalem in 164 BC, on the 25th of December, the feast of Hanukkah. This is the feast that celebrates the return of light in the Temple. Later, this date would be chosen to celebrate Christmas, the day when the Light came into the world.

In 64 BC, the Holy Land came under Roman influence. However, the Jews convinced the Roman Emperor Augustus to allow self-rule under the Jewish Sanhedrin while paying taxes to Rome and being policed by Roman soldiers. Augustus appointed Herod the Great–an Edomite, not a Jew–as king of the Jews. It is in Herod’s reign that Jesus was born.

Jesus was born a Jew in Palestine when this land was under Roman control, yet the king was an Edomite. The people spoke Aramaic, whereas Hebrew was still spoken by few and used in the liturgy. Greek was the language of commerce, and Greek culture influenced much of the urban life also in Israel.

Stratified Society
Society was stratified with a large peasant base and a small elite controlling the economy of the nation. Most people were farmers who usually did not own the land but worked in large estates owned by a few families. Alongside the farmers, who were the poorest, a fairly large group of specialized workers led a much more comfortable life.

Builders, fishermen, carpenters, jewelers, and various tradesmen were part of the middle class. Carpenters and fishermen were among the richest in this group. Carpenters, of which Jesus was one of them, were extremely important people. They prepared and repaired the tools of other craftsmen (often, carpenters worked also as smiths) and built specialty items, such as furniture, doors, and windows. They also built boats for fishermen.

People lived in small houses. Often these consisted of only two rooms. The front room was a kitchen, living room, and, at night, sleeping quarters. The second room, at the back of the house, was a storage and animal pen at the same time. Whenever the weather allowed it, people spent the evening on the roof of their house, which was a terrace with an external ladder. When Jesus said we must proclaim the Gospel from the roofs, he simply meant to go and meet people in their spare time and share with them the Good News while staying with them.

The food was simple: bread, olives, hummus (a rich sauce made of chickpeas), fish and cheese, and fruit. Meat was eaten only on special occasions. Wine was drunk on the Sabbath or at feasts, such as weddings or banquets.

In general, only about 5% of the population was wealthy, yet there was also a small group that was destitute. The majority were neither rich nor poor. However, uncertainty was common, and it was enough for a bad year to destroy the reserves of a poor family.

Politically, the Israelites were subject to many contrasting powers. The Romans were the masters. They controlled northern Israel directly, while the south–Judah–was under the control of Herod the Great, and later his son also called Herod (the one who would behead John the Baptist).

The Jews resented the rule of foreigners, and Herod was not a Jew. The people were also under the yoke of religious leaders. The High Priest was a powerful figure: Annas (also known as Hannah) controlled the office for many years. After being the High Priest from 6–17 AD, he was succeeded by his sons and his son-in-law, Caiaphas, until 43 AD. It was not by chance that Jesus was brought before Annas, even though the High Priest that year was Caiaphas (John 18: 12–14).

People felt the need to gather and pray as a community. This is how synagogues were born. A synagogue is little more than a room where people can gather. There would be a small room where the scrolls of the Scriptures were kept, and little else. People met there to pray, to socialize, and the children learned how to read.

Jews at the time of Jesus were perhaps the most literate people in the Mediterranean. Not everyone was able to read and write, but every male child had to learn how to read. Readings in the synagogue were read in turn by all. The person in charge of the synagogue, who later became known as Rav (from which rabbi is derived, which means my teacher), would give lessons to the children of the village. Girls were not required to read so they were not taught.

Few people could pay a private tutor who would teach Hebrew, Greek, philosophy, and other subjects. Those who were capable and ready to pay a private tutor could become scribes, a mixture of theologians and lawyers. They were in charge of giving an authoritative explanation of the Scriptures and legal advice.

We say Scriptures because, at the time of Jesus, there was no Bible. The Jews had not yet agreed on which books were to be considered inspired by God. Certainly, Jesus speaks about the Law and the Prophets–these comprise the first five books of the Bible and the Prophets, with the exception of Daniel–but many other books were read as religious literature.

Only by the end of the 3rd century AD when Judaism agreed on the Canon of Scriptures, i.e. the list of books making up the Tanak, the Jewish Bible.

Born In The Backroom
Most of the traveling was done on foot or riding a donkey. Horses were only for rich people and soldiers. Travelers would stop by a relative for the night, or ask for hospitality from a family. In this case, they would be accommodated in the inner room, from where they could not leave suddenly at night with the few possessions of the hosts.

This is what happened to Joseph and Mary when they asked for hospitality in Bethlehem. They were given space in the back room of some family, the place where animals were kept at night. That is how Jesus came to be laid in a manger, but he was not born in a stable. The grotto of the infancy Gospel was simply the back room of the people who welcomed Jesus’ parents.